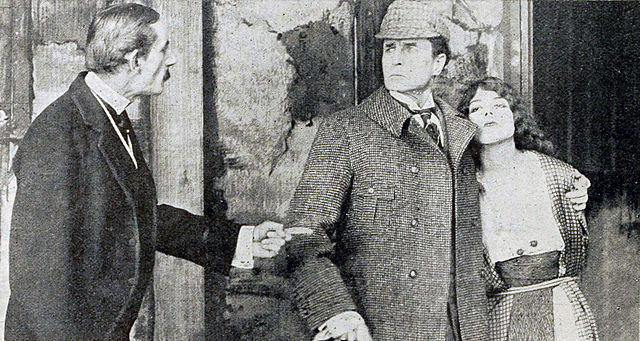 I’ve been thinking a lot about Irene Adler, you know, “the woman” from Sherlock Holmes. You see, I’ve been looking for good bad women in short stories. Murderers, criminals, drug dealers and scoundrels of all types. I’m on a quest, really, for the kinds of women that take active roles in dastardly deeds and aren’t just henchwomen for some other bad guy. For the most part I’ve come up short. Sure, there are examples in folktales (a plethora of evil stepmothers) and novels (Nurse Ratched from One Flew Over the Cuckoo’s Nest) and in the past few years there have been more bad women in film (Scarlet Overkill from Minions) and television (Sin Rostra from Jane the Virgin). But I’ve had a heck of a time finding good bad women in short stories.

Except for Irene Adler.

Adler breaks the female villain mold in other ways too, not only for short stories. So many bad women in fiction are caregivers with few other character traits. They are evil stepmothers, nurses, and teachers, whose dastardly deeds show how bad they are at nurturing. Really bad at it. They have few other traits, no master plans, and are often motivated by competition for the attentions of a male character. Still, the lens of motherhood is the primary lens that most of these female characters are seen through, and their failure to nurture is their central character flaw. But not Irene Adler.

I have no idea if Irene Adler would be a good mother. Amazingly, her nurturing skills are not something that come up. Adler is not any kind of caregiver at all, instead she is an opera star with a successful career. She has goals. Like a real person. She also happens to use extra-legal strategies to protect herself from a former lover, which is why Holmes gets involved. Sure, Adler’s storyline is essentially a love triangle, but she is her own master who bests Sherlock Holmes through cleverness, not motherliness.

There’s a newish television series based on Sherlock Holmes and one of the first stories adapted was Irene Adler’s. Gone is the woman who makes a living off of skill, the new Adler is a prostitute. No longer driven by her career or by goals, this new Adler is motivated by romantic love for Holmes. At least she’s not reduced to the role of sexy henchwoman for some other male villain. Well, actually, she is.

I’m not trying to say that stories with evil caregivers aren’t good stories. Some of them are. A few of them even get at some element of truth that the rest of us strive for in our writing. But what I’m trying to say is that the homogeneity of female villains in short stories is troubling. As someone who truly loves short stories I’m saddened to see that the format is flagging behind other kinds of fiction in gender equality. Where are the all the good bad women in short stories? Why does the female villain with the richest backstory and fullest agency date from a time when bloodletting was considered a viable health care solution?