Home
»
Reading
»
A Victorian Legacy in the Midwest: Hair in Art and Literature 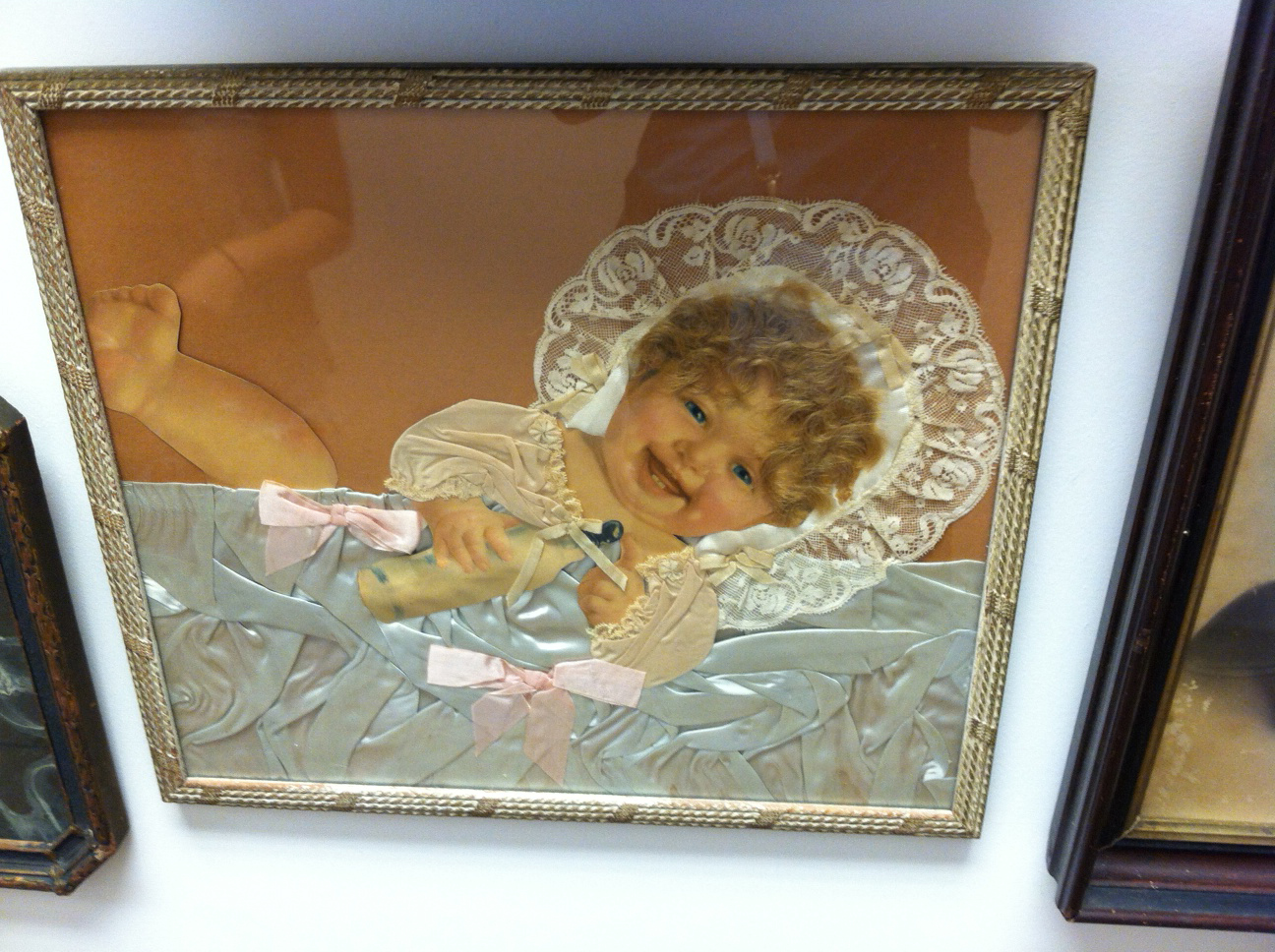 Leila’s Hair Museum occupies an unassuming building in Independence, MO along a busy street of strip malls. I sought it out last summer on a visit to the Midwest, intrigued by its website. According to it, Leila Cahoon, a retired hairdresser who has made collecting hair art her life’s work, has assembled more than five-hundred Victorian hair wreaths and two-thousand items of jewelry made from human hair.

Victorian hair art figured into some of my favorite novels from my youth. Take Wuthering Heights, when Heathcliff sneakily exchanges a lock of Edgar’s hair in Catherine’s locket with his own. Anne of Green Gables is falsely accused of stealing Marilla’s amethyst brooch with a braid of Marilla’s mother’s hair in it. A few books later, Anne of Windy Poplars features a semi-ironic description of a prominent citizen’s home that includes “a hair wreath containing the hair of every known Pringle.”

As a child reader, I had no idea what a hair wreath actually was, but last summer, at Leila’s, six dollars admitted me to a series of rooms full of them: floor-to-ceiling walls of framed wreaths made out of hair. None of that eye-level art gallery aesthetic with one work per several square feet: wreaths were crammed one on top of another, impressive in their sheer quantity.

The horseshoe-shaped wreaths were surprisingly exquisite and intricate, varying shades of hair fashioned into intertwining vines and petals and leaves and lace and feathers. Some wreaths contained handwritten keys, identifying each family member who had contributed. These U-shaped collections of “fancywork” were added to as families grew and were only closed if the family line died out, a docent explained.

I skipped over the obligatory wall of hair from famous people like Ronald Reagan, Daniel Webster, and Marilyn Monroe, wandering instead to the cases full of necklaces, earrings, hat pins, brooches, cuff links, and rings that on closer look were indeed fashioned from human hair. I immediately thought of Little Women, when Jo cuts off her hair to sell it in order to help her family, and everyone keeps exclaiming mournfully, “Oh, Jo! Your one beauty!” And how in “The Gift of the Magi” the wife sells her hair in order to buy her husband a watch fob, while meanwhile, he sells his watch to buy his wife hair ornaments.

I remember thinking that was just a weird fictional detail. It never occurred to me that people really did sell their hair. Nor did I realize that hair was such a commodity during Victorian times that sensational exposes proliferated that resembled today’s scare stories about children being sold for organ harvesting. These, however, focused on “pathetic European peasant girls being shorn for the hair trade, or, even worse, hair being picked off of dead bodies with the rotting follicles still attached.”

Examining a picture of a laughing chubby cherubic baby with a fancy lace bonnet and blonde curls glued to its head, sheer sleeves affixed to its arms, and a satiny beribboned blanket tucked around it, one escaped foot flinging joyfully into the air, I didn’t know whether to be touched or totally creeped out. The love that went into this picture spoke volumes about loss.

After Queen Victoria lost her husband, she went into mourning for the next forty years, one of the reasons many think of Victorians as exceptionally morbid. Looking at this picture, I couldn’t help but think of the way Mark Twain makes fun of Victorian sentimentality toward death in a poem written by young Emmeline Grangerfield, “Ode to Stephen Dowling Bots, Dec’d.”

O no. Then list with tearful eye,
Whilst I his fate do tell.
His soul did from this cold world fly,
By falling down a well.

Standing there in the midst of what looked, from a distance, like dozens of framed mustaches and beards, I wasn’t sure whether to find these records of family ties to be overly sentimental or kind of moving. Nor was I sure which reaction should take precedence: awe at this evidence of human ingenuity or disconcertment at the bizarreness of knowing I was in the presence of the DNA of thousands of dead people.