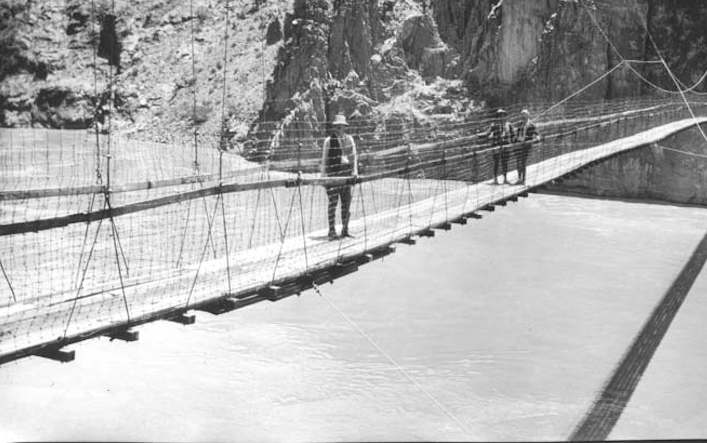 My four-year-old tends to bring up her biggest, meatiest questions and observations right before we turn out her light for bed, and a month or two ago she produced one of her finest yet. “Someday I want to see a dying,” she said, as I tucked her in.

She’d been talking for a while about “marryings”—mine to her dad, various princesses’ to various princes, her own (she’s had six, apparently, all to the same “big wolf”). She’d said she wanted to see a real marrying, and I’d said okay, we probably could someday.

This, though, was a new turn. It caught me off guard.

“Dyings aren’t the kind of thing you just go to,” I told her.

Because, I wanted to say, there are some things we don’t really look at.

As people who will die someday, and whose loved ones will die someday, we all live with at least one large dark truth from which we often try to avert our gazes. This tension—knowing a thing, but living as far away from that knowledge as possible—surfaces in literature too. There are various ways in which people on the page manage to construct for themselves lives on top of, on a slightly different plane from, their more unsettling truths. The new plane seems to require scaffolding of some kind.

In war poetry, that scaffolding is often patriotism, a subsuming of the self in a larger, beloved nation in a way that makes the individual self’s destruction bearable, at least as a concept. This approach seems to have had its effectiveness right up till the start of World War I. Here’s the beginning of Rupert Brooke’s “The Soldier,” written in 1914:

If I should die, think only this of me:
That there’s some corner of a foreign field
That is forever England.

Death is there in that first line, but it’s quickly pasted over with the consoling idea of its serving a purpose. Brooke insists that war-death is for something, that there’s a transformative nobility in tragedy. The actual experience of World War I, though—its sheer scale, the mass effect of new and horrible ways of killing—mostly blew this scaffolding away, and the poems of just a few years later look very different from Brooke’s. In “Dulce Et Decorum Est,” written in 1917, Wilfred Owen gives us with excruciating vividness the fate of a soldier dying after being gassed, and condemns the impulse to try to make such a truth palatable:

If in some smothering dreams you too could pace
Behind the wagon that we flung him in,
And watch the white eyes writhing in his face,
His hanging face, like a devil’s sick of sin;
If you could hear, at every jolt, the blood
Come gargling from the froth-corrupted lungs,
Obscene as cancer, bitter as the cud
Of vile, incurable sores on innocent tongues,—
My friend, you would not tell with such high zest
To children ardent for some desperate glory,
The old Lie: Dulce et decorum est
Pro patria mori.

To walk above the actual, physical death of these soldiers, Owen is saying, is immoral. Words that make it easier to die—or to tolerate others’ deaths—are not words anybody has the right to speak.

Often a single piece of writing will show us both the scaffolding and its eventual collapse. In Jim Shepard’s “Sans Farine,” our narrator, Sanson, is Chief Executioner during the French Revolution. To do his daily, bloody work and still exist, he needs to find some means of justifying that work to himself. Very early in the story he tells us, “I am a good Catholic. The people’s judges hand out their sentences, and mine is the task of insuring that their words become incarnate. I am the instrument, and it is justice that strikes. I feel the same remorse as anyone required to be at an execution.” He does not decide who to kill; he has no power to prevent these deaths; they are not, he explains, really his responsibility. He kills these people only in the same direct, physical, almost innocent way the sword does.

The story is in large measure the taking apart of this justification. As the world around Sanson descends into a bloodbath, as more and more and more people come before him to be slaughtered, eventually the King himself and then the young Queen, Sanson’s wife decides that if he can truly live with all this, then she cannot live with him:

In bed with my weeping Anne-Marie, I tell her I see no way out. . . . We must be resigned to God’s will and summon the strength to prepare ourselves to endure the terrible stroke.

‘Your terrible stroke,’ she responds. ‘You must not do this. You understand that.’

Looking the other way while doing a terrible thing, she is telling him, does not excuse that thing’s terribleness. She’s also saying that he knows this already, that pretending otherwise will only work for so long.

Right now, I’m teaching Kazuo Ishiguro’s Never Let Me Go in my undergraduate fiction class—to me, one of the masterpieces of this kind of disregarded truth. The novel’s main characters are students at a boarding school called Hailsham, where they have much the sort of romantic, idyllic childhood we might recognize from other English novels. Except Hailsham, we gradually come to understand, is at its heart only a holding tank for its students’ physical bodies while they mature; its students are clones, being raised only to supply the rest of society with transplanted organs upon reaching adulthood. Our narrator, Kathy, tells her story just as she is poised on the brink of beginning her own “donations.” Yet that prospect isn’t—at least on the surface—what she spends most of her time analyzing for us. Instead, she tells us about her time at Hailsham, her teachers, the grounds, the routines of her life there, and especially about her friendships and the shifts in power that can define a certain kind of childhood love. The nature of their futures is not kept a secret from the Hailsham students, not exactly. It’s more that they’ve been given the information and then encouraged to look away from it—to use their education, their relationships, the full life around them, even their aspirations to cover it over. When they’re sixteen or so and have just left Hailsham, they develop the habit of discussing their “dream futures,” the shapes they want their coming lives to take, mostly modest dreams of working in stores or offices that they both know and don’t know are unattainable. Kathy explains,

I’m not sure what was going on in our heads during those discussions. We probably knew they couldn’t be serious, but then again, I’m sure we didn’t regard them as fantasy either . . . it was possible to forget for whole stretches of time who we really were; to forget what the guardians had told us. . . . It couldn’t last, of course, but like I say, just for those few months, we somehow managed to live in this cosy state of suspension in which we could ponder our lives without the usual boundaries. Looking back now, it feels like we spent ages in that steamed-up kitchen after breakfast, or huddled around half-dead fires in the small hours, lost in conversation about our plans for the future.

These conversations are made possible by a tacit agreement not to bring up the dreams’ impossibility. They provide one more distraction, one more pleasantness for the students to lose themselves in so that they don’t have to spend too much time thinking about the dark as they speed into it.

Generally, whatever’s suspended can only be held off so long. The Hailsham students’ fear will claim them; and Sanson’s conscience; and a soldier’s sense of waste and grief. My not wanting my daughter to see “a dying” doesn’t mean she won’t—and maybe we all should see more of them, should talk about them more.

Still, it’s hard to resist, this holding-off of the dark. This building of something we like better, even if we know it can’t last.