Home
»
Book Reviews
»
A Chapbook by Any Other Name: Reviews of 3 Prose Collections 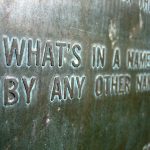 Genre, in a post-Dylan-won-the-Nobel world, is worth considering on a variety of levels, and often when people hear “chapbook,” they assume automatically the speaker means a short collection of poetry. Publishers, though, also print chapbooks of prose. Perhaps there are less of them out there than those of verse, but fiction, creative nonfiction, and hybrid work does have a home in smaller dimensions.

Some presses only print prose, such as Essay Press, an online press dedicated to printing CNF in e-chapbooks. Rose Metal Press only publishes hybrid work, and is currently open for their 11th annual short-short contest. Hyacinth Girl Press for years printed poetry chapbooks exclusively, but this past year printed a chapbook of short stories and will soon announce its prose selection for next year. The chapbooks reviewed here are by three more presses that consider chapbook-length work in prose formats:

Light Years by Karen Price (There Will Be Words, 2015)

There Will Be Words is a reading series out of Orlando, Florida, that also runs a chapbook press. The limited edition chapbooks it produces are by writers who read at the series. Light Years is a small, staple-bound collection of three short stories. Price’s work within it primarily concerns the plight of women and girls, with the opening story “Shark” narrated by you. You are a teenager on a date with an older guy, a recent veteran, in beachside Florida, and you realize you need to get out of the situation you’ve found yourself in.

The other two stories are slightly shorter, one concerning a woman whose husband has left her for a coworker and the other about a man and woman, a couple, looking at a shotgun apartment, the woman surveying the prospect of living there—but alone, without the man. What’s compelling about Price’s work is how familiar her women’s plights feel. What’s sad about it is that these plights—of narrowly escaping a sexual assault, of starving one’s self post-breakup, of fantasizing what it would be like to live alone but not having the courage to leave—feel in fact, so familiar.

This epistolary chapbook won the 2015 Sundress Press Chapbook competition and is now available online as an e-chap. The frank title belies the book’s gravity, as Riegel investigates more than fandom but “desire, and loss, and the ocean water reaching its cool, salty fingers up warm thighs… turtles, horizons, moss, gravel, dreams of flying, and kisses” (5) and more in this series of letters written in a little under a month to a celebrity from a woman who is dealing with the end of an old and beginning of a new chapter of her life. The letters are self-aware and recognize both the absurdity of their destination and also the fact that they’re more than just letters to Colin Firth.

A conflation of high and popular art is in the form as well as the content of the letters, which are dated at the top and signed at the bottom by the author, who admits to looking up information about Colin Firth on the internet and being delighted in discovering a poet she admires reads People Magazine. Cultural references alight in the beginning, but Katie’s everyday parlance with the recipient of her unanswered letters becomes about more than only her everyday life. The choices she’s making to propel herself forward combined with self-introspection lead to deeper musings. The chapbook, despite the poetry in its language and depth of its emotion, seems structured like a good rom-com with an ending to rival the best of them, allowing readers to hope for a sequel—starring, of course, Colin Firth.

Spork Press used to publish chapbooks, books of poetry, prose, whatever they read and believed deserved printing, and they never disappointed. The press, though, has had sort of a rebirth recently and decided to call what they make not “chapbooks,” but to say, assertively, “We do books.” The Three Woes is a 51-page prose book that could be classified, due to its length, as a chapbook. But what’s in a name.

Hannan’s The Three Woes is a perfect-bound work of fiction in three chapters, each of which is narrated by one Woe—the three are husbands. First is practical but epileptic Jack, who describes his two husbands as men who “wear the weather” (2). This and other descriptions frame the work as a sort of folktale from the start, though a more contemporary one with cigarettes and truck drivers—yet one where wishes can come too true, spells can be cast, and ghosts are both real and not real. Each of the Woe men is distinct yet wholly a part of the world they inhabit, one of too many snakes, not many women, and a war of swords with an island that emerges from the ocean, disrupting the Earth’s shape. The most striking part of this short collection is the beauty that comes with the frankness of its prose.

Jack’s section ends when he and his husbands are swept away to war by a cop whose “mouth is the cave where we’re defeated and born again,” (9). The middle section is Aaron’s and shows the men at war. It is there where he learns the river of life is “always the same river but different water, different suffering each time” (38). The last section belongs to Lee, who winds up without the other Woes on a ranch that’s being eclipsed by post-war suburbia and is populated by ghosts, snakes, a raccoon Lee has conjured, and ultimately his new lover. While Lee’s section feels the least complete, a reader perhaps feels the loss of his husbands as he does, leaving the chapter stark as the ranch must have been before he finds ways to repopulate it.