Home
»
Uncategorized
»
A Conversation with Jamil Zaki About Empathy and Writing 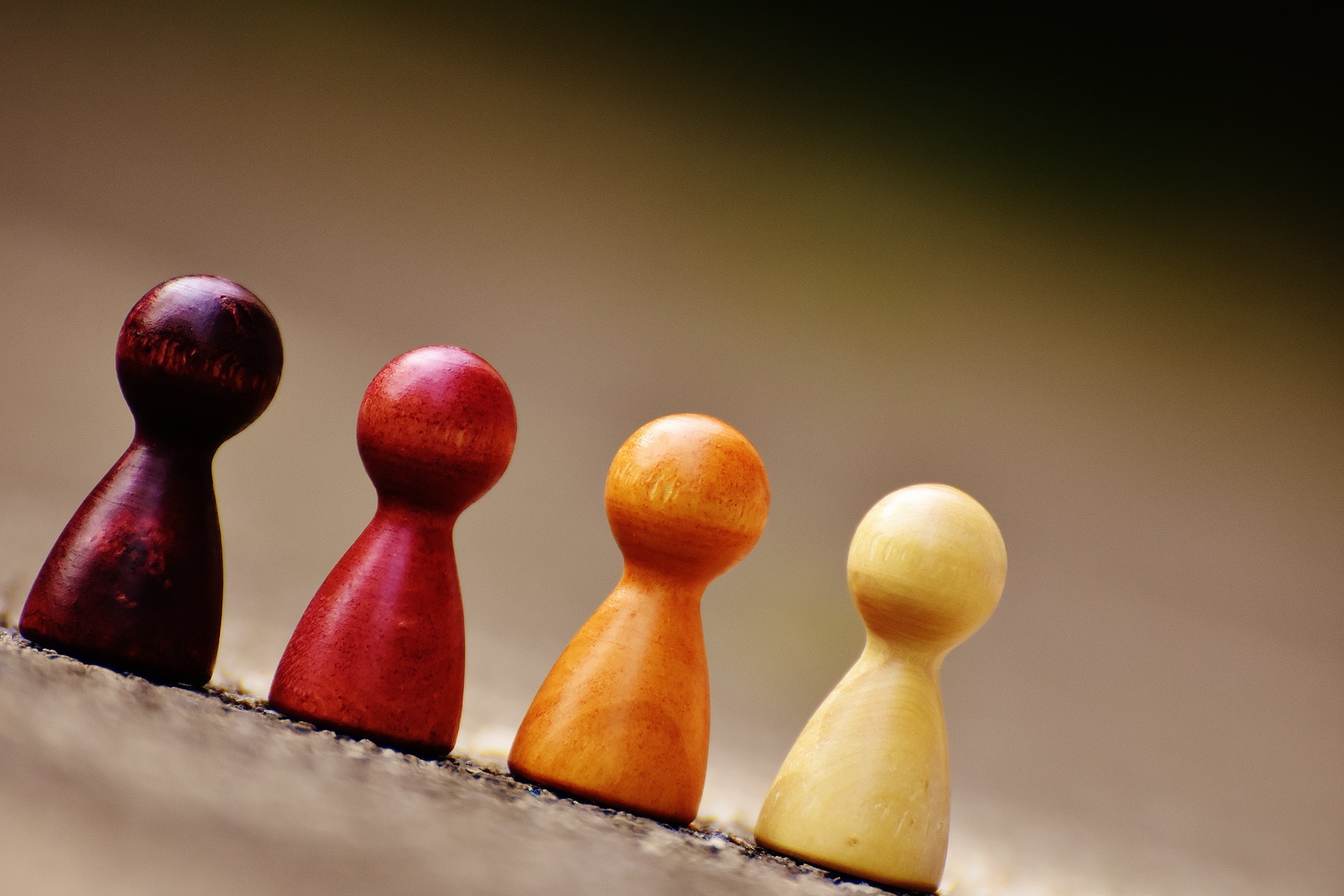 I met Jamil Zaki at the Bread Loaf Writers’ Conference in 2004. I had recently been in an, ahem, altercation, and the first thing that our workshop leader Daniel Wallace did upon greeting us was point at me and say, “So what’s your story?” After I sheepishly described the origin and quality of my injuries, Jamil leaned in and said quietly, “You should really have someone check you out.” My ability to dismiss his opinion evaporated when he introduced himself to the group. Besides being in a hip-hop band (which would in no way impact his medical opinion of me) and being a writer (ditto), Jamil was studying the effects of empathy on the brain. So he knew brains, and he thought mine might be in trouble. Little did he know.

Over the course of the conference, we talked a few times, but our friendship was solidified when we started to hang out when we returned home. We went to the Brattleboro Book Festival together to visit our Bread Loaf fellow, Hannah Tinti, and we would meet up and discuss writing, music, and life while walking at a nature preserve near his house, which was, coincidentally, less than ten minutes from mine. They were rough times, I think, for both us, but we emerged, whole (for the most part) and have kept in touch.

In the intervening years, I attended Emerson for my MFA and continued on the writing career path, while Jamil attended Columbia and became a neuroscientist. His abilities as a writer have suited him well in the world of science, where his facility for words has been a differentiator and a boon. In 2012-2013, Jamil will join the faculty at Stanford as a professor of psychology.

I had the opportunity to discuss with him Truman Capote, Sufjan Stevens, brains, and things that I barely understand.

James Scott: So one of the things we talk about a lot is empathy and how it relates to the arts. You believe it’s a necessary component, and a critical building block, in becoming an artist in the first place, right?

Jamil Zaki: Human beings are not the world champions of many things.  We’re not big, strong, fast, or sharp (at least tooth-wise).  But we are the world champions of understanding each other.  In a way, art—and especially narrative art—is the greatest expression of that ability.  Narrative is a way to embody lives and worlds we have yet to experience, and in almost all cases will never experience.  In a way, it’s a type of empathy boot camp: living as many lives as possible without having to leave a single room.

Maybe not coincidentally, research demonstrates that narrative has a measurable effect on empathy.  The extent to which people read narrative (mostly fictional) writing corresponds to their levels of self-reported empathy.  This is broadly consistent with the idea that connecting with others in fiction is, at least in some way, “practice” for connecting with others in the real world.

So, then, define empathy in this context.

JZ: Empathy is a many splendored thing.  Or at least a many definitioned thing.  Mostly, psychologists define it as comprising three phenomena: (1) sharing other people’s emotions, as in “I see you getting stuck with a needle, and that makes me feel like I’m being stuck with a needle;” (2) understanding the context that creates other people’s experience, as in “Wow, people being stuck with needles usually suffer a bit;” and (3) a desire to help people who suffer unnecessarily, as in “If you’re experiencing pain that I can relieve, it’s my duty to do so.”  These elements of empathy are ostensibly separable, as we see in individuals with autism (who often care for others’ emotions without understanding them) and psychopathy (who often understand others’ emotions without caring about them).  But fiction reading seems to increase both emotional and cognitive forms of empathy.  This is not a proven finding, just an intuition I think will be borne out in the next five years.

JS: What I enjoy most in fiction is the ability to put people in shoes they would otherwise not walk in. I’m not sure what I get out of this as a writer, but I think, as a reader, you read something like In Cold Blood, and what’s stunning isn’t that these people are capable of such things, but people who aren’t that much different from you are capable of such things.

JZ: In Cold Blood is a fascinating test case for readers’ empathy.  You read first about Dick Hickock and Edward Smith’s absolute deviation from the tenets of empathy—they brutally murder without cause—and then hear about them as humans.  What is an empathic reader to do?  There is no answer to this question.  But what Capote challenges us to do is dive into the internal states of people who do monstrous things: the same challenge embedded in great works like Native Son.  I’m not saying these works present us with equally justifiable narrators; just that they both put us uncomfortably in the mind of people who do things we never feel we (the reader) could do.

Truman Capote gives us human stories. They trouble us in how we would react to those situations. Quantitatively, they’re like you on a physical level. In terms of chemistry, they’re like you. And through all those levels, we’re virtually identical. And then there’s our experience, and that’s where we split apart. In a baffling and confounding way.

JS: In Cold Blood is a pure example, perhaps the purest, but we’ve spoken before about, say, the Sufjan Stevens song “John Wayne Gacy, Jr.” about the serial killer, and it’s this gorgeous song about a guy who dressed up like a clown and killed young boys. I’m sure I’m not alone in that I’ve walked through the grocery store humming about this horrific person. Or maybe I am. But I like to think that I’m not, and isn’t that the point? So I feel like the job of the artist is to try to explain away that bafflement and those confounding thoughts, isn’t it?

JZ: This is my favorite Sufjan Stevens song, for exactly the reasons you bring up.  We don’t want to have anything to do with that type of monster, but the song challenges us to do so.  Think of the opening lines: “His father was a drinker and his mother cried in bed.” We’re drawn not to the consequences of his actions, but instead to their potential sources.  Of course, not everyone who grows up in those sad circumstances goes on to kill (thankfully), but narrative provides us with at least an initial understanding of how people’s lives translate into people’s actions, even—and maybe especially—when those actions defy our social and moral norms.

They (Stevens and Capote) put a mind to that horror, and that mind is not that dissimilar from your own.

JS: Why do we put ourselves through this? Why does Sufjan Stevens or Truman Capote or Richard Wright or Stephen King or Joyce Carol Oates or anyone, really, who depicts violence or extreme behavior of any kind, put himself or herself through this?

I feel like our automatic empathy is for the victims, and I mean no disrespect to those victims, but that the work is in trying to get people to understand the perpetrators of this violence. Why? Because it’s the longest way around?

I think that in the way that we describe psychopaths, we run into trouble, because those voices are so difficult to hear. Those kinds of crimes—murder, pedophilia—are things we want to minimize, and in order to do so, we must understand them, and this is the task of the empathic person, the empathic reader in this case.

JS: Clearly this level of empathy through art is useful to us as a society.

JZ: It’s beyond useful. It’s foundational to the type of society we live in today. We don’t realize how different our emotions towards each other used to be. Five hundred years ago, it was common for us to watch someone be tortured and killed for dubiously defined crimes. Now, we cringe at the thought of that type of abuse. Why? Because we care about the suffering of others. And that caring intuitively directs us against the violation of others’ rights. The reason we don’t stand for widespread torture and the reason we rail against the abuse of human rights around the world is because we’re becoming more empathic by the decade.

JS: And art impacts this?

JZ: Empathy is not a fixed quantity. It is a resource that we cultivate every year. And growing it is one of our most important jobs as a species. Art—and especially narrative text—amplifies our reactions to others’ emotions, and that accelerates that growth exponentially.