Home
»
Reading
»
‘A Couple of Waterloos in Every State’ 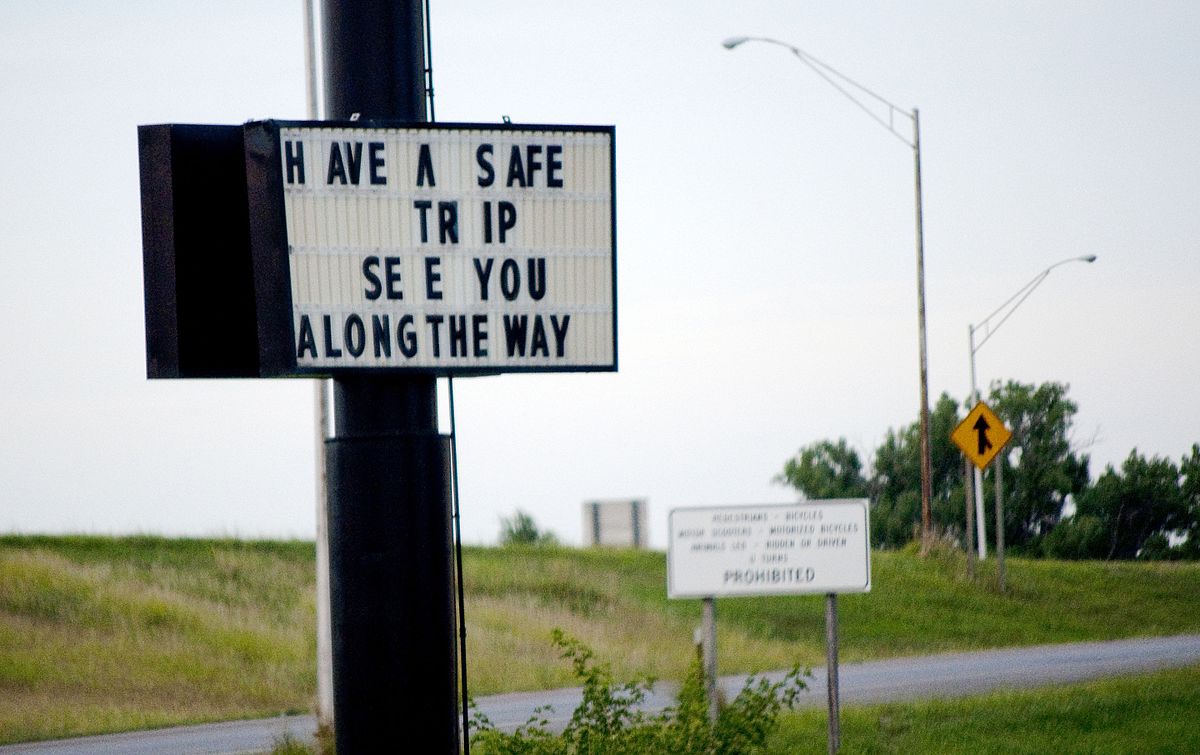 The US owns the road novel—for good reason. There’s Lolita, The Grapes of Wrath, and On the Road—to name just a few. Jack Kerouac wrote his most famous Beat novel on an Underwood typewriter using twelve-foot-long reams of paper. His unfettered manuscript mirrors the possibilities of a trip taken in your own automobile: You can stop wherever you want and stay put for a while. You can smoke, with or without the windows rolled down. You can climb into the backseat. You can blast the radio. You can speed up or slow down. The world is your heated, hand-high little oyster, and the road is your ocean.

Picking up Patricia Highsmith’s romantic novel Carol, or The Price of Salt this winter (admittedly after being swept away by the recent film), I was surprised to see the road trip play such a singular narrative role in yet another mid-century book. This time it’s not a trip taken for adventuresome kicks or greener pastures: it’s two people in love wanting a wider landscape of expression, only to find the open road more closed off than it appears.

Compared to Kerouac, the road in Highsmith’s novel is a little less wild and more plodding, though in the beginning there’s bravado in Carol’s invitation to Therese: “It’s time you saw America.” Carol speaks fondly of the possibility of driving all the way to Washington, her “home state.” A road map is pulled out, and the two women seem caught up in a coast-to-coast fantasy.

It’s January when they hop in Carol’s car headed from New York to Chicago, the first leg of their plotted journey. There’s no bevy of friends to visit along the way, no important landmarks someone is dying to see. The road is an escape from their everyday lives and their stalled romantic relationships.

Beatnik enthusiasm soon wears off, and once the two women settle into driving, the mood turns constricted and desultory. Conversation topics are brought up then closed down during hours-long stretches of silent miles. Simple meals like ham and eggs are eaten at diners and wrinkled clothes are pulled from suitcases. The women’s trip seems an endless stream of ordinary episodes of coffee, cocktails, newspapers, and polite run-ins with the occasional diner patron or hotel guest.

What breaks the monotony is the women’s first intimate encounter, during which Carol says of Therese: “My angel…flung out of space.” She’d said the last four words before, right after the two first met in a New York City department store. The phrase betrays her constant bewilderment at this young woman at once so different yet so akin to her.

Moments later, Therese asks her, “What town is this?”

Carol laughed. “This? This is Waterloo…Isn’t that awful.”

“There’s a couple of Waterloos in every state,” Therese said.

A long road trip is a unique experience. Towns and cities blend together, and it’s easy to lose sight of where exactly you are at any point in time. Similarly, specific locations are of little importance in this novel: “The sun warmed them through the window of the hotel in the tiny town whose name they hadn’t noticed.” The United States forms a sweeping backdrop for Highsmith’s spare prose. Carol mingles the disorientation of romantic love with that of driving daily across miles of sparsely populated middle America. The result is a unique homage to romance and travel, both liberating experiences that rely on the new and the novelty to survive.

Eventually, the shine wears off of both. The road grows dark with the recognition of the same middle-aged man at a series of stops along the way. Their trip is cut short and their relationship stalled. Carol’s estranged husband Harge is having them followed. Unlike in most American road novels, their destination (Washington perhaps?) is never reached.

Carol heads back to New York, leaving Therese with the car, promising to send for her as soon as things settle down at home. Therese’s loneliness is acute. Eventually, she decides their affair is over. She tries to keep herself busy. She takes a temporary clerical position at a local lumberyard. She visits the town library. She walks around outside till she’s too cold to walk any more. She reads letters from Carol and her boyfriend Richard. Her life in small town Wyoming, a state Carol had earlier romanticized, is less than glamorous now. With Carol now gone, it’s almost as if she’d never been there at all, as if it were she this time “flung out of space.”

When Therese returns to New York, she’s entirely changed. She looks older and more mature. She wears more makeup and does her hair differently. If it’s life on the road that’s changed her, it’s not uncommon, and perhaps the reason we still take off in a car cross-country is exactly that—transformation.

Tags:Carol or The Price of Salt, Jack Kerouac, Lolita, On the Road, patricia highsmith, The Grapes of Wrath