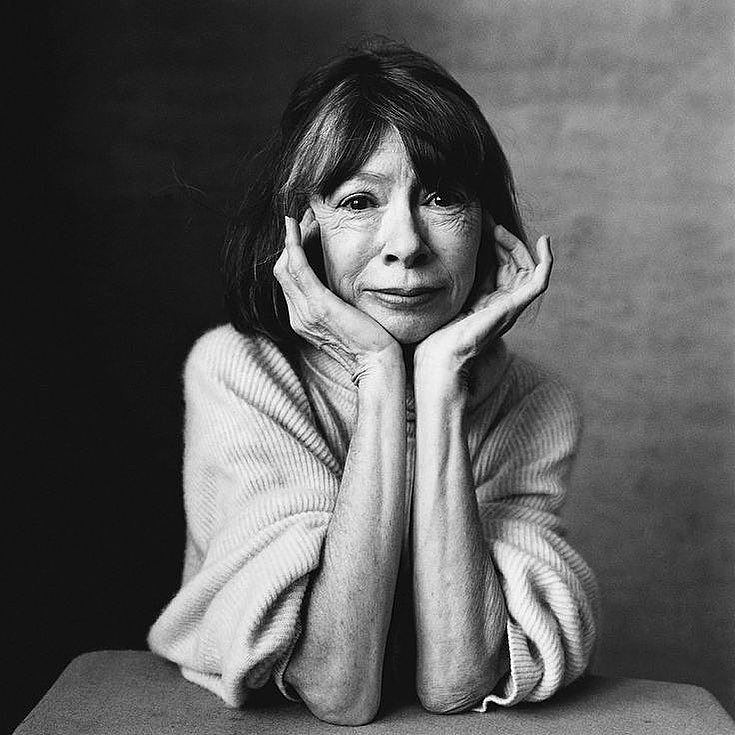 Trying to get my hands on an advanced copy of Joan Didion’s new book, South and West, out this month from Knopf, was, in many ways, a metaphor for my experience reading the book itself. When I emailed Knopf’s publicity department asking for an advance copy, they replied four days later, months before the book’s release, telling me they had run out of books, and would I take an electronic link? They would send me a book in the mail as soon as they got more.

To this day, I have never received a hard copy of South and West from Knopf. And as a long-time Joan Didion fan, this all seemed terribly apt. Didion is as aloof as a cultural figure as she is on the page. She’s rarely at the center of her own work, in contrast to the often confessional bent of contemporary nonfiction. She doesn’t need her readers or reviewers as much as we need her. When I try to find the center of this experience and of this book, I can only poke my finger through the air, pinning down nothing until I realize the reader is the one who is meant to do the heavy lifting.

The book is split in two. The first section is a collection of notes Didion took on a trip to New Orleans and the Gulf Coast in 1970 with her husband, John Gregory Dunne. “At the time,” she said of her notes on the month-long trip across the South, “I thought it might be a piece.” She had a sense the South was “the psychic center” of America, but avoided major cities, including Jackson, where she had planned to visit Eudora Welty, because she was afraid of jumping on the first plane back to California. Didion’s notes on her time in the South are full of a sense of dread and failure: the roadside reptile house that turns out to be a small and gothic enterprise, the abandoned attempt to locate Faulkner’s estate in Oxford, Mississippi, her botched visit with Welty. Didion allows herself to name her failed aspirations, an unusual move for a writer who has built her career as much on her writing as on her cool detachment.

The second section of the book, briefer in its length, scope, and detail, is called “California Notes,” and is from an assignment for an abandoned 1976 Rolling Stone article on the Patty Hearst trial. “I thought the trial had some meaning for me—because I was from California. This didn’t turn out to be true,” Didion writes in her introduction to the section. The reflections on California are again without thesis, but like her notes on the South, serve as a document of discovery of the origins and abandoned ideas of one of our country’s greatest journalists.

Didion does not offer any insight into why, almost fifty years later, she has chosen to publish this book, or why she still has not written the pieces the notes were intended to create. In fact, there are parts of it that are downright troubling as a contemporary reader. Without a center, these abandoned ideas and observations don’t have the narrative weight of a book or piece of journalism. By transcribing without editorializing, we have no narrator to make sense of what we’re reading. At a Sunday lunch with Marshall Bouldin, a Mississippi portrait artist, and his family, for example, Bouldin tells Didion that now that schools are integrated, he has put his children in private school “even though that is against our ideals. I can’t sacrifice my child to my ideal.” His economic and political explanations of his home state continue, without a narrator to step in to comment, or distance, or offer an alternative to his racism. Didion’s signature inaccessibility puzzles me here, and I have never needed her more.

Didion gives us a gift in her lucid sentences and insights. The book begins thus: “In New Orleans in June the air is heavy with sex and death, not violent death but death by decay, overripeness, rotting, death by drowning, suffocation, fever of unknown etiology.” The splintered examination creates a lovely if mystifying document for Didion fans, who will recognize her cadence in these new pages.

The political and cultural moment of this book’s release could not have been foreseen, but through her narrative disappearing act, Didion leaves us to make sense of what we read to find its central purpose. This, too, is a gift. She, a coastal elite, an educated and urbane writer, says of her time in the South, “The isolation of these people from the currents of American life in 1970 was startling and bewildering to behold. All their information was fifth-hand, mythicized in the handing down.” Her remove is not just from her readers, but from her subjects. In some ways, nothing has changed, although we know the tragic and fraught outcome of this disconcerting gap.

“Any differences they might have,” writes Didion, “class or economic or even in a real way racial, seemed outweighed by what they shared.” By giving us a book with two sections, one observing the storied South and another reflecting on the identity of the American West, fragmented and without a bridge or a guide to connect them, Didion has given us a book that acts as a metaphor for our country. And without a cohesive narrator of journalism or government, we are left to create our own sense, our own unity, and our own appreciation of the richness we find in our own pages.