Home
»
Uncategorized
»
A Knack for Names 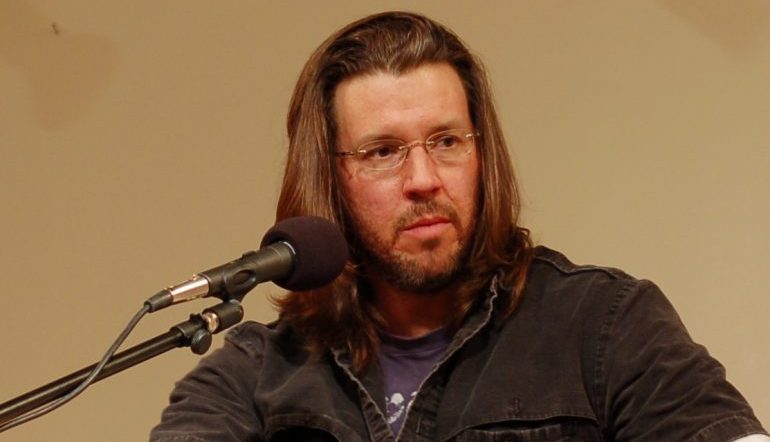 I once read (though the source is now lost to me) that the names of the characters in a novel do the work of telling the reader what world he’s in. Musicality, characterization, hints at a character’s gender, ethnicity, and social status—all of these are important in a name. But at the most basic level, a name’s realism, surrealism, or undisguised silliness helps ground us in the universe we’ve entered. In this way, names are something of an expedient, a key to reading a book as comic or tragic, both or neither.

Firmly situated in this tradition is the comic name, which goes back as far as literature itself. Don’t forget that along with his Lear and Lady Macbeth, Shakespeare had a character named Bottom. An even earlier example: the name of the title character in Aristophanes’ comedy Lysistrata means, roughly, army-disbander, a joke for the Ancient Greek audience watching a play about a woman scheming to end a war.

Such monikers are called “cratylic,” from Plato’s dialogues with Cratylus about the truthfulness of names. Cratylic names, per the Guardian, “advertise a property that is fixed, whether terrible or ludicrous. A character thus named must act out a characteristic, which is his inescapable identity.”

Nowhere is this principle more apparent than in Dickens’ broad morality tales. There is tattered spinster Miss Havisham, miserly Ebenezer Scrooge, vengeful Madame Defarge, and obsequious snake Uriah Heep. We can glean from these names not only that we’re reading satire, but the general trajectory of each character.

In the twentieth century, the device of comic naming exploded (along with culture and much of the world). The examples are almost too numerous to mention. In Catcher in the Rye, Holden Caulfield’s roommate Stradlater sounds exactly like a “goddamn stupid moron” with a chiseled jaw and a secretly disgraceful shaving kit. Arturo Bandini, of John Fante’s funny and devastating Ask the Dust, is the perfectly named romantic, an aspiring writer who longs to see his book on the library shelf.

David Foster Wallace is possibly the chief exemplar, peppering his tales of anarchism, addiction, and alienation with characters like intrepid human interest reporter Skip Atwater, impotent publisher Rick Vigorous, and the irresistible Lenore Stonecipher Beadsman. Infinite Jest is a trove, not only for its luminous central family, the Incandenzas. Secondary characters include Ortho “The Darkness” Stice, Michael “Peemster” Pemulis, Prettiest Girl of All Time Joelle Van Dyne, and John Wayne, one of a handful of John Waynes who are not the John Wayne. I’ll stop or we’ll be here all day.

Thomas Pynchon, of course, takes funny naming to its logical conclusion. Pynchon’s maximalism—his absurd worlds where army lieutenants disappear down toilets and the rules are stretched to the limits of human paranoia—demands names to match. Late last year, puzzled movie audiences got an introduction to Doc Sportello and Bigfoot Bjornsen in the screen adaptation of Inherent Vice. But some of my other favorites include Reg Despard and Horst Loeffler (Bleeding Edge), Oedipa Maas and Pierce Inverarity (The Crying of Lot 49), and Chick Counterfly (Against the Day), who works on a dirigible with a crew known as The Chums of Chance.

If anyone in contemporary literature is Dickens’ heir to both cratylic naming and searing social commentary, it’s Martin Amis, creator of Keith Talent, Nicola Sixx, and Lionel Asbo. Even in The Zone of Interest, Amis’ recent novel about Auschwitz, the monstrous camp commandant is called Paul Doll, indicating that we’re not in the usual Holocaust narrative, but the darkest of satires.

A final note on funny names in literature: they serve a purpose, but they are also just fun. Yes, fun. A thing literature can and should be.

As Amis said to the New York Times, “I certainly wouldn’t want to write a book where everyone is named something like Tom Metcalf.”