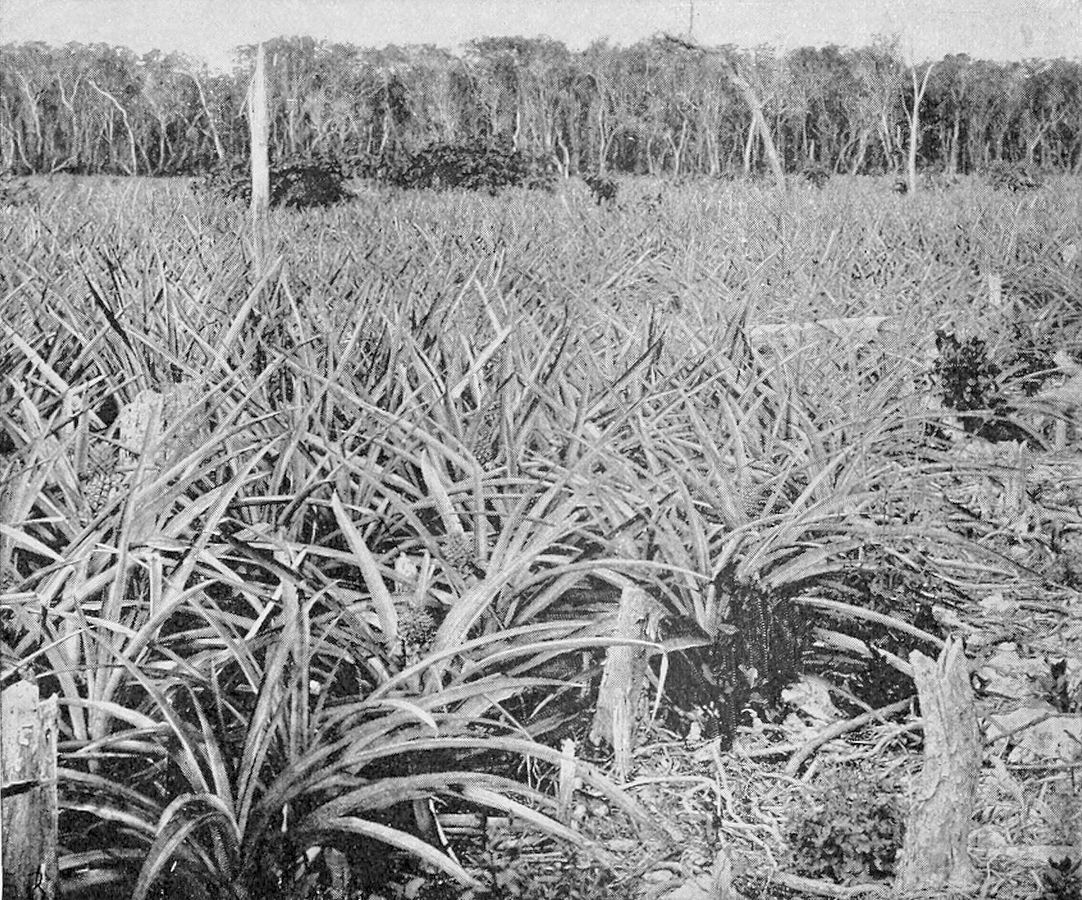 I grew up in a rural mill town, a place defunct since the 1970s, in a family and community haunted by generational trauma, mental illness, alcoholism, and violence. I emerged from this environment with a specific worldview—one in which it felt normal to suffer, to fend for oneself, to mistrust people in institutions, to fear difference. In the pain, loneliness, and desperation that results from such a worldview, my addiction began, starting with a forty-ounce bottle of Private Stock malt liquor behind a vacant mill building with a group of kids no different from me.

This sort of flawed perspective, I found, was echoed in the grandmother in “A Good Man is Hard to Find.” The entirety of her consciousness is consumed by a nostalgic longing for an imagined past. This longing, which drives the action of the story, is rooted in a desire to return to a world that makes sense to her, one in which she is relevant, in which she comfortably fits. The world she inhabits in the story—Georgia in the early 1950s—fails to offer this comfort. Southern propriety is vanishing before her eyes, women are wearing pants, children no longer respect their elders, the plantations are “gone with the wind,” and race relations are rapidly changing. In light of her nostalgic longing for an imagined past—one likened by O’Connor to that of the imagination that created Gone with the Wind—these changes represent to the grandmother the corrosion of goodness, the emergence of a world where good people are hard to find, and she is terrified by the prospect.

The grandmother finds comfort in constantly looking for and clinging to signifiers that reflect the world she desires, one in which goodness exists and can be defined along lines that allow her to fit into it. As the story progresses, however, the reader begins to understand it’s not goodness that has corroded, but the signifiers against which the grandmother has always defined goodness—bloodlines, southern manners, class and racial hierarchy, and gender roles, to name a few—leaving the grandmother struggling to reconcile a worldview that does not reflect reality, which is the source of her suffering. In this way, the pain from which the grandmother seeks relief does not stem from the world, but from her perception of it.

My flawed perception, too, led to the need for the relief. While the grandmother looks outward to find security in a world she perceives as threatening, I turned to substances. In that first bottle of malt liquor I found a momentary reprieve from a reality I found terrifying and hopeless, and I chased this escape. I found myself seated, one afternoon, at a kitchen table, watching a woman suck the green coating off an 80-milligram OxyContin. She rubbed the melted time-release seal on the hem of her shirt, and as she crushed the pill beneath a dollar bill with a Bic lighter, all I was thinking was how I wanted to feel at ease. The depth of suffering I would experience in the place where I was headed rested outside of my purview. The promise of relief eclipsed all else.

The grandmother shows a similar lack of reasoning in her attempts to gain a sense of security. As the family drives toward Florida, she remembers a nearby plantation that she visited in her youth. Visiting would provide an opportunity for her to reconnect with the world she longs for, and so, through careful conniving, she encourages the family to take a detour. Several miles out, however, she realizes she has made a mistake. The plantation she remembered visiting is actually in east Tennessee. Her memory has been hijacked by her desires, and her error is so embarrassing she physically shudders, which sets in motion a chain of events that causes her son to wreck the car, leaving the family stranded.

This mistake in the grandmother’s perception, which leaves her and her family stranded in the wilderness, is key in understanding O’Connor’s view of human nature and experience. In O’Connor’s work, our suffering is rooted in our flawed ways of seeing the world, depicted in this story as through the car wreck. But this is only the beginning for O’Connor. The more important element of the experience of suffering is that it provides the conditions necessary for the experience of grace, followed by the possibility for redemption. For the grandmother, her opportunity for grace and redemption comes through her encounter with the Misfit, a convicted murderer who has escaped the state penitentiary. For me, it arrived with my introduction to heroin, which swiftly brought me to my knees.

Shortly after the car wreck, the Misfit arrives with his goons in a hearse-like automobile, and engages the grandmother in a dialog that dismantles her mistaken worldview. As he converses with the grandmother, and at the same time, orchestrates the systematic murder of her family, he emerges as a character that operates entirely outside of the grandmother’s perceptual framework, allowing him to deconstruct it in the process. The grandmother attempts to earn his mercy with a line of reasoning that stems from her flawed perspective. She assures the Misfit that he doesn’t come from “common blood,” that at heart he is a “good man.”

The Misfit’s view of the world, however, is more nuanced than the grandmother’s. “I ain’t a good man,” he tells her, “but I ain’t the worst in the world neither.” The Misfit understands human nature can’t be boiled down to good and bad. He’s a man who’s been “most everything,” and his experience allows him to cut through the grandmother’s nostalgic imagination of the world she longs for. Among other things, he’s been a gospel singer, a member of the armed forces at land and sea, home and abroad, he’s been a farmer, and twice a husband. He’s seen a man burnt alive and a woman flogged. In these final details, he nods subtly toward the horrors of the old south that remain absent from the grandmother’s imagination, specifically the lynchings and beatings of black men and women.

As the grandmother pleads for the Misfit to let her go, he makes clear her reliance on outward signifiers to define her own goodness and the goodness of others, illuminating the flaws in her perspective in the process, and leaving her with no choice but to turn to God for redemption.

In the grandmother’s distorted logic, I see some of my own internal struggle as I attempted to reason with my addiction. Despite the suffering I’d experienced in its throes, which grew exponentially as I progressed from prescription pills to heroin, I continued to cling to the belief that heroin was the thing allowing me to live. Like the grandmother, who continues to turn toward what she knows, no longer for comfort, but for survival, I continued to return to drugs. Heroin, like O’Connor’s Misfit, however, eventually began to dismantle what I held to be true. What had once provided some sense of ease and comfort began to destroy my ability to function in my everyday life, to show up for work, to be a son and brother, to take care of myself in basic ways. My sense of self-reliance was whittled away, and as death approached, it became difficult to believe that drugs were allowing me to live.

The grandmother experiences her own dismantling as her family is executed. Her attempts to reason with the Misfit prove futile, and she is forced to confront the failure of her worldview as a means for salvation. Stripped of the perspectives she has clung to, she turns inward for redemption, and, in this moment, sees clearly for the first time. Here lies her moment of grace. Beneath the muzzle of the Misfit’s gun, she suddenly perceives the Misfit’s humanity, recognizing it as her own. “Why you’re my baby,” she says, reaching out to him, “you’re one of my own children.” The Misfit finds this gesture, which is the only pure act of goodness the grandmother makes, so repulsive he springs back as if bitten by a snake and shoots her three times through the chest.

In this way, the grandmother of O’Connor’s “A Good Man is Hard to Find” is redeemed. In her recognition of the Misfit’s humanity, she, too, becomes more human. For the first time, the reader sees that, despite her flaws, she possesses goodness. She has just been looking it in all the wrong places—it’s been hard for her to find. My redemption, like the grandmother’s, came upon the realization that looking outward for relief was a futile endeavor. In my moment of grace, I saw clearly that heroin could not save me, nor could I save myself by operating within the framework of perception that had brought me to where I stood. From this place, I, like the grandmother, reached out from the depths of my vulnerability.

That first time as I read “A Good Man is Hard to Find” in my bedroom at a halfway house, I began to see clearly the way I’d been driven into the wilderness of addiction and dismantled, and the way in which this experience had opened my heart to the experience of grace. I, like the grandmother, had suffered, and I had been redeemed.

J. Stillwell Powers was born and raised in Western Massachusetts. A graduate of Greenfield Community College, he went on to earn his B.A. in English from Amherst College, and his MFA in fiction from the University of Oregon. In 2017, his story Salvage" won the Dogwood Prize for Fiction and his latest work is forthcoming in Willow Springs. He lives with his wife and their two black cats in Eugene, Oregon."