Home
»
Critical Essays
»
A Poem to Face the End of the World: Adam Zagajewski’s “To Go to Lvov” 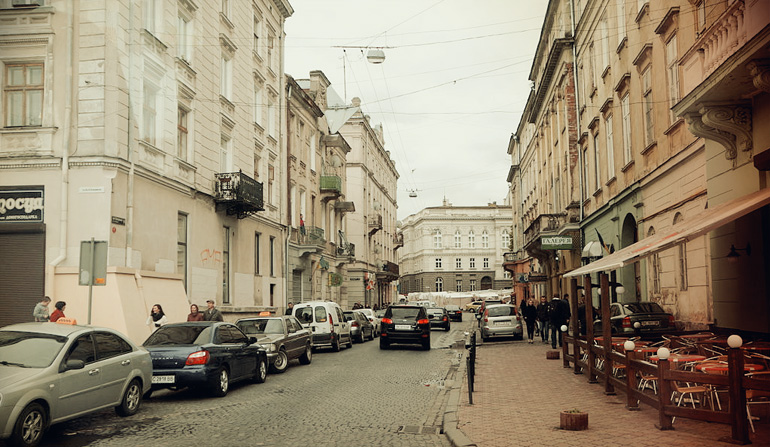 Once, going through a major personal upheaval, I found myself sitting in my dad’s car outside my school, a volume of Pablo Neruda’s collected poetry on my lap, while I stared at nothing, trying to make sense of how to face my life, which at the time seemed poised to fall apart around me. One of my dearest teachers and mentors, who knew about what was happening, came out of the building, having spotted me. He tapped on the window, and as I opened the door to speak to him, he pointed at the book in my lap and said, “Whatever happens, you hold onto that. OK? Because it’s going to save your life.”

While looking at the news, political discussion, and scientific research these days, you can’t escape a sense of doom, profound and fundamental change, even apocalypse. From the sweeping devastation of the Trump administration, horrific war all over the world, increasingly alarming and polarizing coverage of terrorist attacks, and the genuine horror of environmental devastation through climate change, the world feels poised constantly on the brink of loss—not only of life, but of ways of living, of seeing, of hoping, in the world. This kind of global unease is nothing new, certainly, but the stakes now seem higher than ever, our own existence as a species never more precarious than now.

Throughout the undoing of an era of life, a way of understanding and holding onto one’s sense of self and safety, we seek pattern, sense, poetry. It maps the unnameable regions, reaches a hand through the dark, sometimes across history, language, borders, to say, “I, too, survived this, and here are the words for it.”

Everyone who reads and loves poetry finds it in a different poem, or poet. Everyone equips themselves differently. Recently, trying to fathom the collapse of so many things, witnessing, through however limited and biased a lens, the devastation of so many different peoples around the world, I’ve been thinking about the poem I would reach to first. In many ways, the poem I would choose to face the end of the world.

Right now, that poem is undoubtedly Adam Zagajewski’s classic, “To Go to Lvov.” It is a fervent elegy for the city the poet was born in 1945, and from which his family was expelled within the same year. This sense of loss pervades the poem everywhere, and is made all the more poignant by the poet’s reaching back, endlessly, and tenderly. As Colm Tóibín observes, “The poet loves even saying the name Lvov”: “To go to Lvov. Which station / for Lvov, if not in a dream, at dawn, when dew / gleams on a suitcase, when express / trains and bullet trains are being born. To leave / in haste for Lvov, night or day, in September / or in March.”

The frantic forcefulness of expulsion from a city through war, political strife, or targeted ethnic persecution, is here turned into a frantic return, which is no less forceful, but whose driving force is tenderness, reclamation. The city of Lvov itself had been part of Poland until 1939, when it came alternately under Soviet and German rule. A Jewish center, it also saw most of its Jewish population expelled and murdered between 1941 and 1943. After the Second World War, it became part of Ukraine, at which point most of its Polish citizens were deported.

In Zagajewski’s remembrance, the city takes on a fantastical quality—becomes a fairy tale place where “snails converse about eternity” and “streams mumble their dark Esperanto.” Nothing is denied personality, identity, singular, vivid life: from the nuns that “sailed like schooners near the theatre” to “starch, which was the first formalist” and “a bucket / full of raspberries standing on the floor.”

We are drawn in, too, the poet speaking, reaching out through his own fond remembrance to us, saying, “But the cathedral rises, / you remember, so straight, as straight / as Sunday.” The poem tumbles through its cast of trustful aunts and indecent Fredro and Queen Anne cherries and little leaves growing “so mindlessly” in long run-on sentences punctuated by the rueful “but” or, once, devastatingly, “ah.” The world itself spins round this single town for the poet, this place so full of the vivid lives of the lost. “Joy hovered everywhere,” he tells us. “There was so much of the world that / it had to do encores over and over, / the audience was in frenzy and didn’t want / to leave the house.”

In fact, it is almost as if this very life, this very abundance of soul, identity, singular personhood that is given even to the paving stones and the leaves baptized by the Jesuits, is what made it the target of destruction. “There was too much of Lvov, it brimmed the container,” Zagajewski says. “There was too much of Lvov, and now / there isn’t any, it grew relentlessly / and the scissors cut it, chilly gardeners / as always in May, without mercy, / without love.” And how else can one look at this tumble of reminiscences, each thing kept intact somehow, looking out at us with eyes still so alive, from the leaves to the uncle who “kept writing a poem entitled Why, / dedicated to the Almighty”?

Love makes singular and devastatingly real the individual, who can never be exchanged for another, can never be replaced, or subsumed by collectives of borders, nationality, or religion. When this love is made to touch everything, everything about a place, from the stones to the streams and the cathedral, the devastation of collective murder, collective exile, the brutishness of borders, becomes ever more painful to bear.

In the poem, I feel loss, genuine, irredeemable loss, has been encapsulated with staggering sincerity, detail, and desperate hope. It is an elegy for a world, a family, a time, that will never return, but is chronicled with such fevered longing, such attentive encapsulation, that it somehow lives on. We will never, perhaps, know the Lvov Zagajewski mourns, but we each have one, a place or time or family that never wholly leaves us, the love of which immortalizes.

The lasting magnificence of this poem in many ways, for me at least, lies in the crescendo of grief and hope in the last stanza, which through the “you” that again reaches out almost directly to us, places us centrally in the grief of loss: “people bade goodbye / without handkerchiefs, no tears, such a dry / mouth, I won’t see you anymore, so much death / awaits you, why must every city / become Jerusalem and every man a Jew.” This loss, its cry, is what breaks the poem here, as the voice breaks in recollection of pain, of boundless grief. But, as in the first, subtler turning of the frantic leaving of exile into the frantic return to the lost and loved, Zagajewski turns this leaving around again, and fills it with a breathless hope and remembrance: “and now in a hurry just / pack, always, each day, / and go breathless, go to Lvov.”

Despite endless goodbyes, despite the ruin of cities and lives, despite death, and distance, the characters it paints at such speed and with such intimate detail, like bits of cloth snagged on thorn, haunt us in vivid color. They live, they go on living, through this love, the remembrance it fuels and brings to life. In a time when so much seems to slip out of our grasp despite our frenzy of documentation, we can learn from this poem’s humility, its ache and earnestness, its utterly human undoing of borders, not only of time but of place, species, sentience, ethnicity, religion, language, out of love.

It is this very love, for ordinary things, the small bright pleasures of buckets full of raspberries, and the imperfect things like the trustful aunts, indecent Fredro, and uncles who write poems that may never be answered, that is the direct opposite of the destruction of war, nationalism, genocide, which always seeks to subsume, and undo singularity and personality.

It is, in the end, this very love that the poet leaves us with in the last stanza, with a staggering realization of what love does, how it both haunts and redeems, and in doing so, escapes destruction, endlessly: “and now in a hurry just / pack, always, each day, / and go breathless, go to Lvov, after all / it exists, quiet and pure as / a peach. It is everywhere.”

Tags:Adam Zagajewski, to go to lvov