Home
»
Interviews
»
“A Poet of the Intimate Spaces”: An Interview with Gbenga Adesina 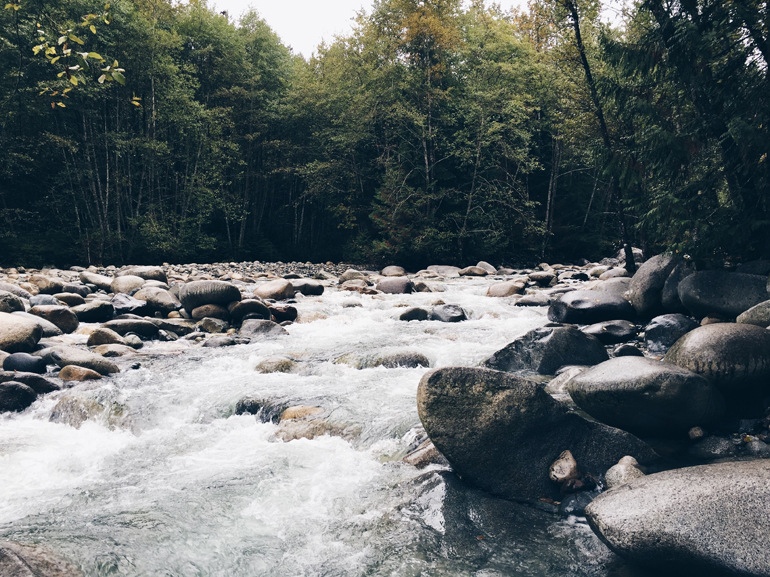 The poems of Nigerian-born writer Gbenga Adesina speak to us across not only geographic distances, but also the vast expanses of the heart. His poems embody what he calls an “inexorable tenderness” that is often surprising, often moving—a voice that startles us awake to the possibilities of language. Gbenga has received scholarships and fellowships from the Fine Arts Work Center, Poets House, and Callaloo at Oxford. He is the author of a chapbook, Painter of Water, and his poems have also appeared in Prairie Schooner, Vinyl, and other journals. He recently joined NYU as a Starworks Fellow, where he will be teaching undergraduate poetry courses. I first heard Gbenga read his poems in Brooklyn last fall for the Franklin Electric Reading Series, which was where this conversation started.

Matthew Thorburn: Painter of Water is a very cohesive collection in terms of the themes and voices that flow through the poems, and the way the sequence moves forward, poem by poem. Would you tell us about how you put this chapbook together?

Gbenga Adesina: It was, in a way, a private elegy in response to communal pain. It was my antidote to forgetting. I think now of Allen Grossman’s words, “Poetry is a principle of power invoked by all of us against our vanishing.” I was looking for a language for my mourning. Poem after poem was, for me, cumulative threads in a journey into song. A quite melancholic song, I admit. It couldn’t possibly be otherwise. Here is a song with loss at the core. But I also wanted to affix this parallel civilization of joy, of everyday-ness. Love and loss and the unnameable river in between.

At the surface, the chapbook is a micro history of violence. It tries to speak to a particularly violent ongoing-ness in my country of birth. But there is a multiplicity to this violence. There is the body broken, yes, but there is also the loss of childhoods, of boyhoods, of innocence, of intimacies. I sought to situate most of the poems within the body: the body of the beloved, intimate spaces, family units, units of cohesion and affection. I guess I’m a poet of the intimate spaces. So, this work then is a probe of the fate of intimacies in the face of violence.

MT: How does a poem start for you? What is your writing process like?

GA: In writing, I find myself in the grip of an inexorable tenderness. One learns to write poetry, really, only through surrender. I try to not get in the way of the poem, to not be afraid of the unfamiliar terrains where new visions might lead. Sometimes it starts with a line, or series of lines, an image affixes itself to my mind and will not let go, an internal rhythm arranges and yields itself until it starts to assume a condition of song. There are ideas I carry for years and struggle with. And there are poems that come in a burst. At such times, I feel like what needed to be said had conscripted my tongue into a manner of speaking.

MT: More specifically, would you talk about your experience writing your poem “Days and More”? How did that poem get started?

GA: At the heart of that poem was reclamation, to re-stitch in the intimate space what violence had sutured. Breyten Breytenbach had said to me all those years ago that poetry is the greatest power in non-power. This parallel theme also runs in the chapbook. The human will, the human song fighting against erasure in the face of an annihilating force. In this particular poem I used my own love life as the substrate; I fictionalized her as Mary. The actual writing process happened in a burst. The first sentence came, speeding down the hill, and I ran after it, panting, exhilarated, sprinting after it into the strange places it led.

MT: What are you working on now, writing-wise? What’s next for you?

GA: My manuscript, Holy Bodies, was a finalist for Prairie Schooner’s Sillerman Prize. Those poems are sequences around frailty, tenderness, and violence. I’m currently retooling, reshaping them and adding new ones. Some of the poems from the chapbook make the cut, but where they look at the outward landscape, these other ones look at the inward landscape. Each of the landscape is haunted by the presence of the other.

I’m still grieving my father, who went into a coma a few weeks before the first copies of my chapbook arrived. There he was, the first bright example, giver of words, and he was no longer able to read my first offering. So, in these poems he keeps coming back. I find myself interrogating the father-son continuum, interrogating the crossover from boyhood to manhood in those spaces of my childhood, the rigid script, the brokenness of it. I grew up in a family of five boys, so boyhood is something I have been secretly interrogating for a while now.

And there is the fact of living now in this new nation space that had a category, a definition waiting to hang on my body like a noose. Of course I circle back to love, joy, desire, and the body as a constituency of movable grief.

MT: Lastly, what have you read recently that moved you?

Read Gbenga Adesina’s poem “How to Paint A Girl” here.