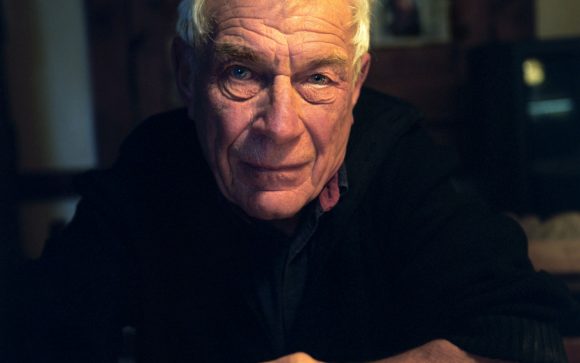 With several unforeseen upheavals in global politics over the last year, John Berger’s approach to art and literature as implicitly political seems more relevant than ever. Throughout his extensive oeuvre, Berger posited aesthetics as a radical vehicle for social change, and embraced the role of storytelling and criticism, of poetry and the visual arts. In Berger’s 90th year, we find ourselves in a fraught historical moment where freedom of expression seems evermore precariously perched, and it seems timely to ask what we can take from his legacy.

By the time I read Ways of Seeing, I’d been studying art history for almost two years.

I was in New York for the summer, studying abstract expressionism and contemporary art, and spending more time with painterly bodies than human ones.

I was unnerved then, a few pages in, to think I’d perhaps never really looked at a painting before. I’d been looking at works made outside of my lifetime, and not taking heed of the present they were painted in – the expired moment they subsequently embodied.

This is something I’ve since tried to keep with me: consider things on their own terms.

This is the way with Berger. The quiet, distilled revelations he brings us are self-evident, often facts with which we’ve kept close company. Hence, the tremor of recognition felt by so many women upon reading ‘Men look at women. Women watch themselves being looked at.’

Realizing this, that his writing always made an implicit kind of sense to me, I came to think of his style as one of ‘mindful interrogation.’ Intensely aware of the various filters that obscure even the most apparent truths, his criticism is geared toward recovery rather than discovery.

This was another nugget: answers can be generative, rather than culminative.

Growing older, I knew I had to find voices that weren’t so white, weren’t so male. And still, I never questioned why I was reading and re-reading Berger, because he wrote of art and art-making with an ingrained, unflinching urgency. Regardless of political climate, it is never not the time to make art – partly because it is implicitly political to express oneself, when so many cannot.

David Levi Strauss writes that Berger swept “aside a priori assessments to deal with what [was] actually before him.” And, whether writing about art or writing prose, what was before him was a commingling of the political, the historical, and the personal, devotional labors of loving and looking. By applying what Susan Sontag described as his ability to make “attentiveness to the sensual world” meet “imperatives of conscience,” he demonstrated time and time again that embodiment and morality infuse and inform one another. For the reader, this means his descriptions feel timely and crucial: whether a jar of flowers, a hen cackling in a field, a Kahlo or a Rothko, it is refracted and recalibrated to portray the world.

This is in keeping with Berger’s devotion to Baruch Spinoza (conveyed at length in Bento’s Sketchbook), namely his theory that all things – the jar and the flowers it holds – are meted out from the same substance. Our bodies and the things surrounding them are engaged in a constant imparting and receiving of qualities, an instantaneous back and forth. This spark of the present, a state of constant arrival, is something that Berger achieves in his writing – as though, as he writes in Cataract, “light and what is lit arrive at the selfsame instant.”

Other moments of his I carry with me include fragments of prose that continue to surface, unheralded and unbidden:

The skin of men, where it is soft. . . is softer than the skin of women.

I’m aware of a distant, silent company. Almost as distant as the stars. Company nevertheless.

What kind of cry? Like a bird in flight…

And then, more abstractly, there are lessons I recite in an almost bullet-pointed form:

Ideology is not your body.

Circumstance is not your gaze.

But what, specifically, can we take from a writer who, upon winning the Booker Prize in 1972, took the opportunity to admonish the prize’s sponsors for exploiting the Caribbean, and announce he would donate half the prize money to the Black Panthers? (He used the other half to write A Seventh Man, a book detailing the experience of migrants.) Who upturned art history’s canon, displacing the hierarchy of the gaze and where it might fall? And who, in the months before his death, gazed unfazed, unsurprised, upon President Trump?

As Berger himself said: “If I’m a storyteller, it’s because I listen.” As early as 1944-46, when he served in the British Army and transcribed the stories of illiterate troops so that they might send letters home, the act of writing was, for Berger, indelibly entwined with receiving.

He might remind us, now, that listening is not a passive activity, does not render one vessel or conduit. Rather, it infuses aesthetics with the possibility for social change because it necessitates engagement and engenders empathy – a course of action becoming evermore difficult, a response evermore radical.