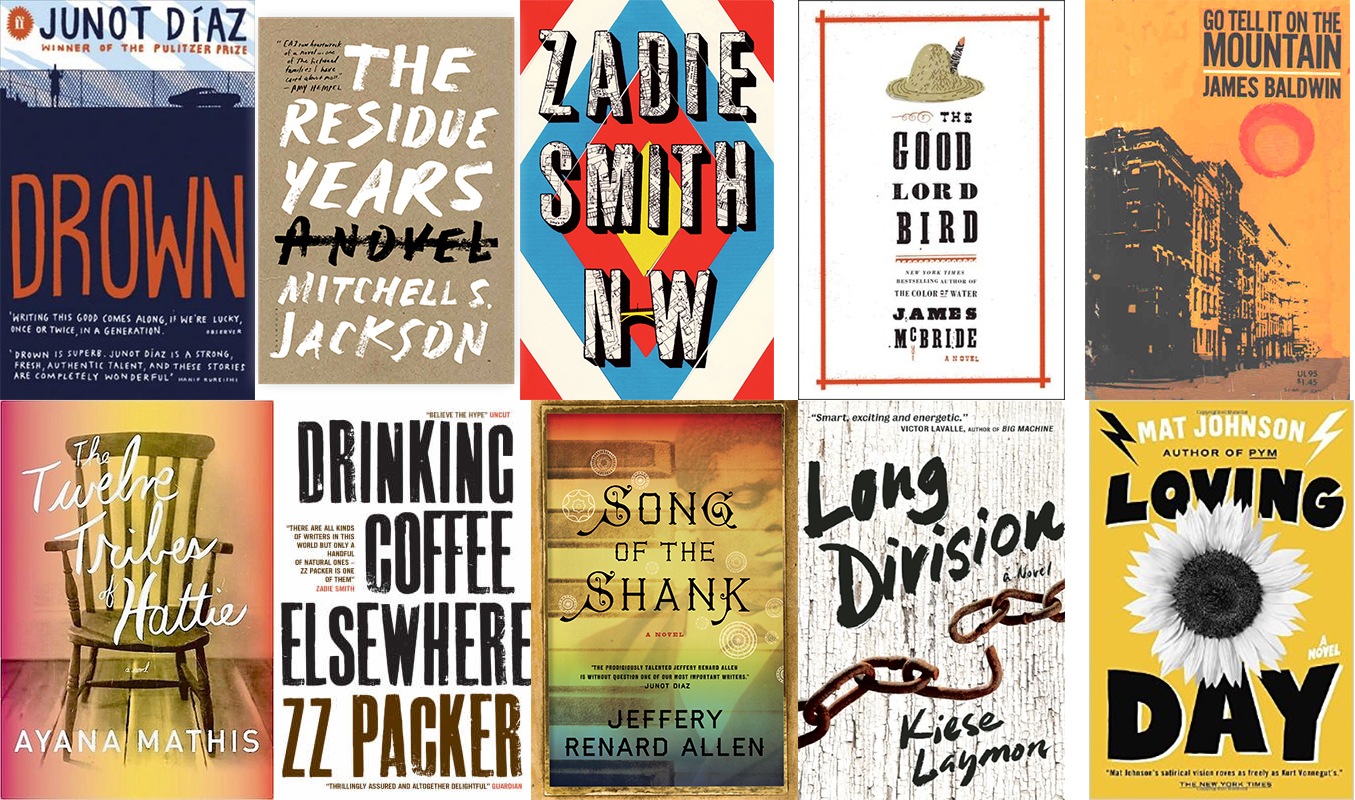 Just west of Houston, before you reach Texas’ most remarkable stretch of nothing, there’s a crumbling Latin diner I take my kid brother on Fridays. It is refreshingly un-Yelpable. The family’s owned it forever. They’re almost native in their darkness, and when I order two beers, they’ve pitched us a third by the time we’re at the table.

Mostly we just sit and watch the road; sometimes, we riff on whatever rapper’s trending our membranes; but, inevitably, I use these lunches as an excuse to throw books at him.

I do this to everyone, but even more so with him. He’s gotten all of Gabo and Homer and Anzaldúa. The obligatory Baldwin. Some Manuel Puig. The Cisneros novel that everyone forgets about, that Lorrie Moore book everyone lost their minds over, and all of Borges, because I think it is good for young black boys to read and perhaps want to be him.

But a little while ago, maybe a month or two back, he asked if I had anything a little more relevant. Something he could use.

When I asked what that meant, when I said he could use damn-near all of it, he gave me side-eye.

Yeah, he said. But something he could use every day. Like, something with someone like him in it.

You mean written by a black dude, I said.

No, he said. He wasn’t an idiot. He had plenty of those, or at least a handful—he meant about someone like him.

You know, he said. A regular black guy.

But woke, he said.

The syllabus in my head dissolved in half, into quarters. And further into thirds. My little brother already owns three copies of Drown.

In his essay on Paul Beatty’s The Sellout for the New Yorker, Hua Hsu says “we are much more accustomed to nonfussy art that demands to be liked or shared, bold-faced ideas that are ultimately safe and substance-free, political punditry that feels like overheated playacting.” In the year of looking for books for my brother, if I’ve discovered nothing else, it’s that Hsu is right—but even more so when it comes to transcribing the “literary” narrative of the young black male. A narrative without an abundance of transcribers, a surplus of whom have the curious tendency of foregoing to approach their subjects with duplicity. And in a year where it was increasingly necessary to cultivate those stories, they were, for the most part, deafeningly absent.

When my little brother asked me for a book about him, his situation—approached with, if not empathy, then a deft hand, with texture—I didn’t have shit to give him.

So if we read, as Charles D’Ambrosio dictates, for “advice on how to live.” for a manual “totally free of judgement,” then the young black male at the start of 2016 doesn’t have a dog in the race. The absence probably stems less from a lack of imagination, or a calculated attempt at typecasting, than what on an objective level looks a lot like the disregard, or calculated ignorance of, multiplicity—maybe the narratives aren’t there because we feel like we don’t need them.

so many people [are] so willing to stand up and describe or comment or explain the behavior of young black men. People who have never met a young black man unless it was to cross the street to avoid him. I found all that commentary so tiring, this assumption of understanding.

“There are not,” Smith has said, “a lot of black existentialist novels.”

On the opposite end of the spectrum, but within the same sphere, Mitchel S. Jackson’s The Residue Years is a novel whose protagonist—Champ—is a former smack dealer, trying to turn the page on that lifestyle in favor of the future. Whether or not he pulls it off doesn’t seem to be point—but the fact that his interiority’s on display, that Jackson’s taken this preconceived societal ill and given him layers, is even more striking than whatever transgressions he could be making.

Because good fiction does that, even when we don’t want it to. It gives you someone you’ve seen before, someone you’ve known your whole life, and shows you that you actually know nothing about them at all.

In his introduction for The Best American Stories of 1996, John Edgar Wideman says “our fear and distrust of fiction reflect America’s unfinished business of coming to terms with difference, our national reluctance to give full and equal credit to the other story.” In another piece for Los Angeles Review of Books, Rachel Kaadzhi Ghansah refers to that “long lost, suppressed literary tradition of working-class black boys on fire, with their pens smote in hell, telling us how they become gifted, tenderhearted black men—something we have been missing even though no one seems to notice it.”

That said, I don’t know if the lack of presence for black males in literary fiction is the issue, although you could very well argue that case. Nor is it that these characters should be exclusively written by African-Americans—that’s not what I’m saying at all. That’s a careless idea, and it’d prove just as destructive.

The question is whether or not these individuals deserve to harbor as much interiority as Ann Beattie’s divorcees, or Anthony Marra’s revolutionaries, or Cheever’s duds with their foreheads on the steering wheels of their driving lots. We get the geeky-but-curiously-type-casted-buddy role in the crack-era Brooklyn novel.  We get the obligatory-gay-best-friend-supporting-character in the Midwestern campus novel.

We’ve filled in the guest appearances. But we’re seldom written with consciousness, with personas allowed to be pretentious or low-class or messy and clean. A lot of our characters hardly have any room to breathe.

The most obvious response or retort or whatever could be that, sure, this very specific demographic might need more literary visibility, but isn’t that the case for all underrepresented demographics? Aren’t Asian-Americans, undocumented citizens, LGBT folk, and women of every creed and affiliation just as important? Shouldn’t they be as highly heralded? Don’t they deserve their own essays about their absence on the playing field?

The response to which is, “yeah.”

But a response is entirely different from an answer. And the answer in this case is that we’d still be left with our very particular void.

Only the call isn’t for a literature to, as Ta-Nehisi Coates has described, stop people from hitting us. That won’t happen, at least not in this life. Nor is it a request for someone to finally reproduce Rembrandt. But for a multiplicity of presence. A mingling, if not an acceptance, of a duality of presence. The right to be average. For the black guys in our literary fiction, if nowhere else, to be given the benefit of the doubt.

Or, at very least, I’d just like to be able to give my brother something to read.