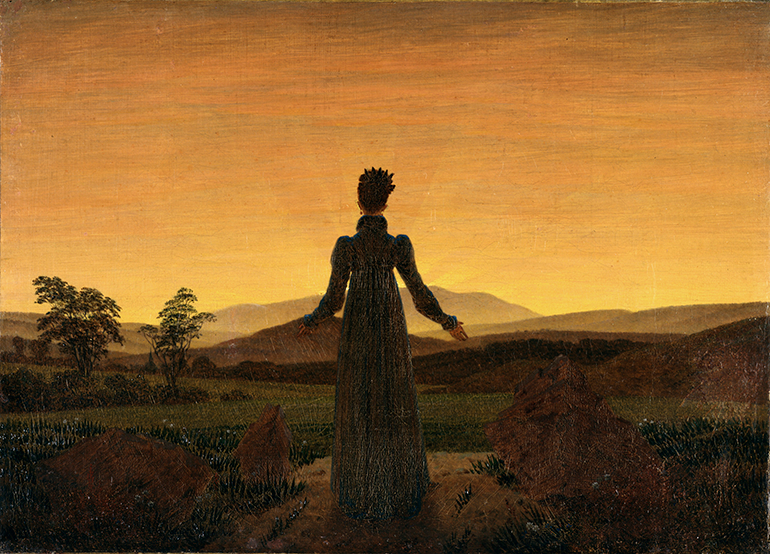 “I don’t know why the city wins over the country, I don’t.” I read this comment below a newspaper article on rural health care featuring the somewhat dire title, “Colorado Divide: In rural Colorado, doctors are retiring and dying—and no one is taking their place,” and it struck me that it is no great stretch here to substitute “tenured professors” or “school teachers” or “librarians” or many other professions for “doctor.” Of course, each profession faces difficulties that do not divide upon lines so cleanly defined, nor is it quite accurate to say that “no one,” in these instances, is stepping in—although, to be sure, nurse practitioners, iterant adjuncts, subs and student teachers, and staff heading up the school library desk may feel as invisible as that—yet it is clear that the problem is real and invites thought that avoids the too-easy summations that so often characterize the urban/rural “divide” in our public and political discourse.

It is a data-laden phenomenon, to be sure, but it is not the data that interests me so much as the possibilities the data presents for symbolic correspondences. The concern here involves the ways in which we use language to shape our existence wherever it is upon the map we happen to find ourselves.

There are so many divides—urban/rural, elite/disenfranchised, culture/nature, east/west, website/book, left/right, text/voice, museum/campsite, white collar/blue collar, performance/hike, fine art purchase/sporting equipment purchase, internet fast/internet slow, and so on—with one or the other pointing toward a more authentic way of living. The most frequently cited reasons for this cleavage include population, politics, and resource allocation. The lower pay, the perceived drop in prestige, and social isolation are frequent complaints from rural professionals. Given these facts and the choice, it seems clear which setting most young people would pursue.

And yet, the reasons do little to explain the additional reality that someone must brave the wilds. I once knew a doctor who ended up practicing for a fifty year career in an out-of-the-way spot not because he had to, but because he sought the most difficult and harshest place he could find to do his work. For him and others, there is still a romance attached to the far-flung places that has spanned centuries. In its most well-known American manifestation, it appears in the form of the self-reliant individual, often possessing several distinct bodies of knowledge and a great deal of confidence, who sweeps into a place and, with or without other likeminded individuals, sets about to make something of it—that is, if she stays. What makes Ralph Waldo Emerson’s version so revolutionary is that he attempts, in this process, to erase the artificial separation between contemplation and action—for him, one must partake in both in order to live a life approaching wholeness. And many since have, to varying degrees of intensity and success, pursued this idea. One of the early European-American explorers of the central Rocky Mountain area from which I write was a geologist-turned-nature–photographer. Toward the end of the nineteenth century, Walt Whitman and Rudyard Kipling came through this area and meditated on the relationship between the landscape and their art. The restlessness on the scale of Wallace Stegner’s father was upon us as Jack Kerouac and Neal Cassady appeared, disappeared, and resurfaced once again among the dive bars of Denver’s lower downtown (today unrecognizable from those earlier descriptions).

These rough brushes with glamor involved the ones who did not stay. For those who remained within a region, we might turn to Ute Chief Ouray and his Kiowa wife, Chipeta. In the face of increasing pressure to relocate farther west, both moved between their roles as tribal leaders and interpreters and diplomats and negotiators with the agility to cross multiple cultural divides. Or consider the poet and teacher Belle Turnbull and her companion Helen Rich—journalist, novelist, and social worker—who, together, as historian Patty Limerick so aptly puts it, “lived wholeheartedly in Breckenridge.” Peculiar generalists, these are. These individuals, who will on occasion turn up in unexpected places on the map, together provide another angle of insight into the Great Divide—their education, ideas, and ideals refuse neat placement on either side of it.

To comprehend a similar spirit moving among them and many more, it is to fiction I find myself returning. Indeed, the connection is not merely associative: Helen Rich was childhood friends with fellow mid-westerner Sinclair Lewis, whose Main Street I happened to pick up when I returned to my own Gopher Prairie several years ago. The novel offers nothing in the way of solutions to current social ills, nor indeed does fiction serve such ends well. Fiction may, on the other hand, meditate on the romantic alongside the mud-caked realism to reveal insight into individual minds, in Lewis’s words, seeking out the world in order to find the best way to live in it. As such, it is significant and meaningful because it enacts the design of life and geography on its own terms.

An early twentieth-century reimagining of American young womanhood, Main Street chronicles the adventures of heroine Carol Milford of the Twin Cities, who marries Dr. Will Kennicott. Kennicott, in turn, takes her to live in a prairie town where he has established a successful medical practice. Like Dorothea Brooke, Carol holds a fascination with town planning—and what was for her literary grandmother a solemn act of philanthropy becomes for this college graduate an area of study if not a potential career. Throughout the novel, Carol—who blends the esprit of an Isabel Archer before she meets Osmond with the enthusiasm and occasionally aggressive independence of a Henrietta Stackpole—confronts the misalignment of her ideals with the reality of small-town American life. The novel chronicles how, unlike her literary forebears, Carol arrives atypical and eventually blends into something resembling the typical. With one act of rebellion, she leaves her husband (but brings her young son) for two years to make a living on her own in the nation’s capital, the center of reform and tumult surrounding the suffrage movement, before Kennicott comes to bring her home. The condition is that she must choose to return; the doctor makes it clear that he will not compel her to do so. It is a request to which she eventually accedes—and the return is not from Gardencourt to Florence, but it is once more the story of moving from town to country to not meet acceptance, but to attempt a non-complacent tolerance for the things she knows it so well to offer.

Granted, the novel is neither unequivocal in praise for small-town living, nor is it entirely condemning of it either. The romance of the gifted polymath abroad is tempered by modernity. During their courtship, Kennicott, who studied for his M.D. and completed his residency in Minneapolis, explains to Carol why he moved away: “You don’t get to know folks here,” in the city, “way you do back home. I feel I’ve got something to say about running Gopher Prairie, but you take it in a big city…and I’m just one flea on the dog’s back.” While being sometimes the only person in the place with scientific training can be advantageous, he admits, it can also cause one to “get rusty” and “land in a rut of obstetrics and typhoid and busted legs.” It is here the doctor’s wife, in his view, comes in. With the stature of her husband’s profession and the connections it brings, it is she who can transform the place for the better.

Kennicott successfully entices Carol to share this vision, or a version of it, and from this hopeful beginning, the novel examines its yields. The conflict is embodied in the ongoing philosophical differences between Carol and Gopher Prairie schoolteacher Vida Sherwin. Vida’s approach to reform places the standard liberal emphasis on the improvement of material conditions—a better school building, public restrooms, relocation of dumping grounds, paved sidewalks, etc. together will help the people to flourish. Carol in turn wishes for local productions of Strindberg and performances of Coppelia with audiences peppered with delightfully unassimilated Frenchmen. The one accuses the other of petty aspirations; the other, in turn, of impossibilism. “Imagine how a person would feel,” scolds Vida, “after working hard for years and helping to build up a nice town, to have you airily flit in and simply say ‘Rotten!’ Think that’s fair?” Carol is guilted into acquiescence and, while planting flowers in a public garden among fellow townswomen, sees herself as a suppliant tending a temple where the gods no longer dwell.

The threat to the visionary generalist dropped into the rural scene, as Lewis sees it, is standardization, conformity, safety, insular self-importance, inertia. And, clearly, relocating to the city does not solve Carol’s problems, but instead places her in the predicament Kennicott outlines at the beginning of their courtship. There she finds many caught up in the same social limitations, but her awareness expands to others whose nonconformity is a political stance. For a person such as this, whose aspirations are perpetually out of context, who are one’s people? The indifference of the city ultimately to her presence or absence she also recognizes in her rural village, which would get on well enough with or without her. The pattern of movement in this novel—town to country to town and back once more—traces a transition into tolerance and a gradual incomplete reconciliation with imperfection.

A critical moment in this trajectory is also among the most typical. As Carol is still searching out antidotes to local stasis, she contemplates an affair with a young local Swede who dreams of artistic fame. When Kennicott appears on the scene just in time, the outcome still manages to surprise. Rather than succumbing to tragedy or farce in the ensuing confrontation, Kennicott simply asks his wife, once they return home, whether she understands his work. “I go round twenty-four hours a day, in mud and blizzard,” he tells her, “trying my damnedest to heal everybody, rich or poor. …. You—that’re always spieling about how scientists ought to rule the world, instead of a bunch of spread-eagle politicians—can’t you see I’m all the science that is here?” Whatever Kennicott lacks in poetry he makes up for in the practice, and in the process he puts the grit and weight into the romance she once conceived of country life. It is not so much that her ideals are misaligned with reality, at least with respect to her husband, but that she cannot recognize them as they are unfolding before her. Yet even this insight is incomplete: the fruits of Carol’s burgeoning feminism—including work that is fulfilling and hers—would have to wait.

While the degrees of isolation were greater at the time Lewis wrote this novel than they are today in our internet-driven culture—which makes small town life less cut off from the cultural arteries of our time, such as they be—the standardization and conformity now occupy digital platforms as well. For nonconformity—and being a generalist is a part of this state of being—the world still whips you with its displeasure, and the dispersal of individual force Emerson was so careful to warn against more frequently than not has an inevitability difficult to defy. It is in the struggle itself that one finds a beauty that is, independent of, but certainly marked by, geography.