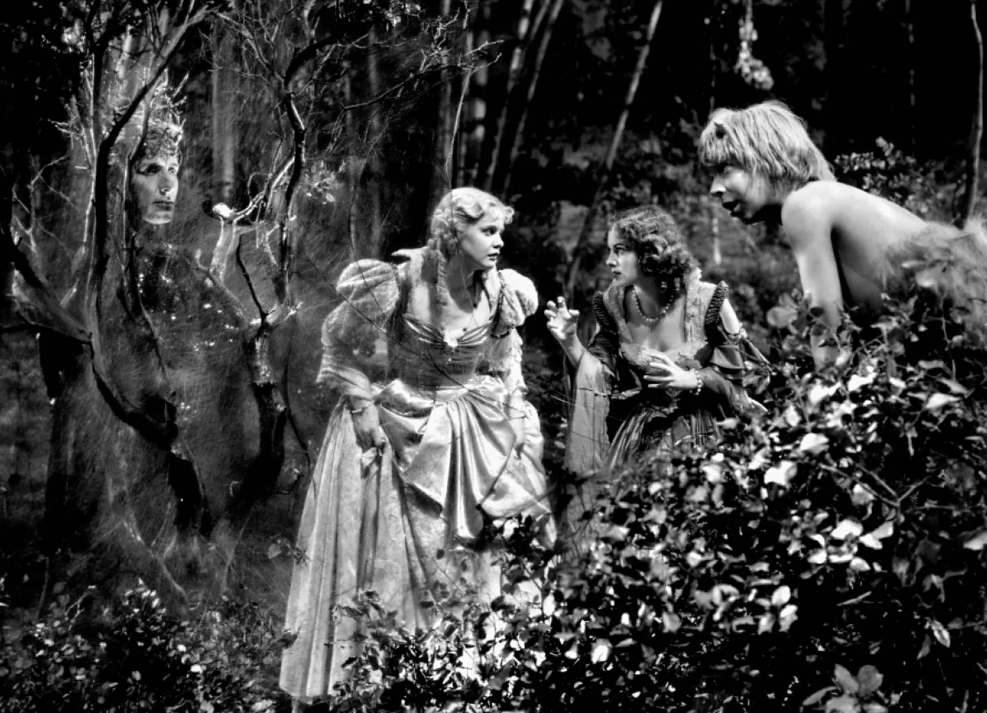 Growing up, I always felt weird and alone when it came to crushes. Much to my friends’ incredulity, I’d never had one—because what was the point? I saw crushes as a waste of emotional energy and therefore a waste of time. I found the whole spectacle—the code names, the combing over of exchanges, the love tokens—ridiculous. My aloofness and lack of participation didn’t prevent the hand drawn cards and sweaty handfuls of candy foisted upon me, nor did it prevent my elementary school classmate from whispering “I love you” into my ear in his most sultry voice. But love—or lust, or, more likely, infatuation—baffled and irked me. I just wanted to go back to my books, riding my bike around my neighborhood during rainstorms, and hanging out with my dog. Why did my peers find my disinterest in crushes and dating so strange?

The summer before my senior year in high school, I’d still never had a crush or any inclination to date, so I felt an immediate affinity with Summer Finn (Zooey Deschanel) who is doggedly pursued by Tom Hansen (Joseph Gordon-Levitt) in the movie 500 Days of Summer (2009). Their primary difference: Tom believes in love at first sight, love that is fated, while Summer asserts that “there’s no such thing as love; it’s a fantasy.” Tom and his friend, their mutual colleague McKenzie (Geoffrey Arend), refuse to accept—or honor—Summer’s belief. McKenzie especially cannot understand that Summer doesn’t want a boyfriend and sees only two possibilities to explain why she doesn’t: she’s a lesbian or a “dude,” thereby implying that a straight woman would never choose to be single and be happy being so.

Summer pushes back against Tom’s idealism and McKenzie’s sexism and homophobia. “You don’t believe that a woman could enjoy being free and independent?” she says and begins to explain her stance. Here McKenzie silences (or attempts to) Summer with a line from Hamlet: “Methinks the lady doth protest too much.” He accuses Summer of overacting her lack of belief in love, or maybe just feels she’s talking too much, but Summer has none of it. “The lady dothn’t,” she says. But her assertion falls on deaf ears. The dramatic irony is that unbeknownst to Summer, Tom has already “fallen in love” with Summer—less than two weeks after they’ve met—which he bases on feeling “love” at first sight as well as their shared taste in music and art. By the time this conversation transpires, four weeks after they meet, Tom has already fantasized a whole relationship. Summer, on the other hand, asks Tom, “What does [love] even mean?” When Tom says, “I think you know it when you feel it,” she responds, “I guess we can just agree to disagree.” At several moments—and even now—I thrilled at her conviction, especially in the face of men who, somewhat hostilely, refuse to buy it, and how firmly she holds to this conviction until she chooses to believe otherwise. Summer defines love on her terms.

I see this conviction, too, in Shakespeare’s A Midsummer Night’s Dream, a play I’ve always pitched to my students as a rom-com. It’s chock full of romance from the beginning: Hermia and Lysander’s forbidden love and Demetrius’s and Helena’s unrequited love. Demetrius feels Hermia is owed to him since he has the approval of her father, Egeus, and support of the duke of Athens, Theseus, while Helena pines for Demetrius, her former lover. Love, certainly, is in the air—or perhaps it is in the eyes, given that a key plot element is the use of a love potion from a magical flower that the king of fairies, Oberon, and his henchman, Puck, put on the eyes of Demetrius and Lysander, which leads to much of the play’s drama. Although I find Hermia’s and Helena’s “love” eye rolling—nowhere in the play is it clear what exactly they love about their beaus—I appreciate their conviction.

In the opening scene, Hermia holds fast to her love for Lysander despite the orders of men much more powerful than her. “I beg the ancient privilege of Athens,” Egeus says to Theseus, “As she is mine, I may dispose of her, / Which shall be either to [Demetrius] / Or to her death, according to our law.” Egeus speaks of Hermia as if she were his possession, which the law supports, and blatantly disregards her feelings. Theseus counsels Hermia, “Be advised, fair maid. / To you, your father should be as a god” and that it is “within his power / to leave the figure or disfigure it”—the “it” being Hermia. Egeus, in other words, can do whatever he wants with Hermia because he made her. His preference trumps her feelings, though no reason is given for why he prefers Demetrius over Lysander. Hermia laments, “I would my father looked but with my eyes,” and Theseus chides her, “Rather your eyes must with his judgement look.” Still, Hermia chooses to stand firm in her love for Lysander and refusal to marry Demetrius, which means she will be killed or forced to become a chaste nun. “So will I grow, so live, so die, my lord, / Ere I will yield my virgin patent up / Unto his Lordship whose unwishèd yoke / My soul consents not to give sovereignty,” she says, asserting that she will stay true to her love no matter the cost. Helena also holds fast to her idea of true love, expressing her frustration with Demetrius for what she views as his infatuation with Hermia. “Love looks not with the eyes but with the mind,” she says, indicating that Demetrius’s love for Hermia is surface-deep. Like Hermia, she holds fiercely to her idea of true love, love that goes beyond what the eyes can see and beyond the judgment of others.

Like Demetrius, Tom’s “love” for Summer doesn’t run deep, which both men fail to see. Tom tells a friend: “I love her smile. I love her hair. I love her knees. I love this heart-shaped birthmark she has on her neck. I love the way she sometimes licks her lips before she talks. I love the sound of her laugh. I love the way she looks when she’s sleeping.” He speaks of Summer’s physical qualities, similar to how the lovers talk about each other in A Midsummer Night’s Dream, always noting their “fairness” and “lodestar” eyes. Tom loves things about Summer rather than loving what’s essential to who she is. “I love how she makes me feel, like anything’s possible, I don’t know, like life is worth it,” he concludes. Here Tom focuses on himself. “We’re so compatible, it’s insane,” he tells his little sister, though he’s only rattled off the bands and artists they both like, construing these preferences as a meaningful connection when, in fact, it’s obvious to outsiders what inconsequential details Tom clings to. Tom ignores their biggest incompatibility—Summer has no interest in dating him, let alone falling in love with him—and his failure to listen to her reveals that he is in love with his own idea of love and not the person he attaches this idea to.

“I don’t feel comfortable being anyone’s girlfriend,” Summer tells Tom and McKenzie during their conversation about relationships. “I don’t actually feel comfortable being anyone’s anything…I like being on my own.” Tom thinks he can make Summer his girlfriend, that he can possess her. After he “loses” Summer, who becomes fed up with his insistence on dating despite her insistence to the contrary, Tom tells his friends that he “wants to get her back,” failing to realize he never “had” her in the first place. Just as Demetrius has Egeus’s approval, Tom believes he has a right to Summer as his girlfriend, ignoring her request to “keep it casual” much like how Hermia’s vehemence that she does not want to marry Demetrius was ignored. Tom later reinforces the surface-level attraction he feels for Summer when he delivers the same list of qualities he noted were the reasons for his “love” but now categorizes as things he “hates” about her—her “knobby knees,” the “cockroach-shaped splotch on her neck.” Of course, the only thing that has changed is Tom’s view—or really, the emergence of his frustration that he isn’t getting what he wants.

The four lovers of A Midsummer Night’s Dream also experience this flip flopping between extremes when Puck mistakenly puts the love potion on Lysander’s eyes, causing him to fall in love with Helena and therefore hate Hermia. At the beginning of the play, Lysander tells Hermia, “my heart unto yours is knit, / So that but one heart we can make of it; / Two bosoms interchainèd with an oath,” but when the love potion prompts him to love Helena, he tells her, “Nature shows art, / That through thy bosom makes me see thy heart.” In the face of his proclamation of love, Helena is incredulous, but Lysander insists that not only does he not love Hermia, he finds her detestable. “Who will not change a raven for a dove?” he says and adds that Hermia “[t]he deepest loathing to the stomach brings.” Yes, this change of heart is potion-induced, but it’s not without metaphorical significance—we see here how easily lust can be mistaken for love. The same happens with Demetrius after he is anointed with the love potion: he suddenly hates Hermia and loves Helena again. “[M]y love to Hermia, / Melted as the snow, seems to me now / As the remembrance of an idle gaud,” he tells Egeus and Theseus. Loving Hermia was “like a sickness,” and he describes Helena as “goddess, nymph, perfect, divine!” While their love seems a lot more like lust than love given the extent to which they focus on physical features as well as how quickly they fall in and out of love, the four lovers cling to their idea of it: passionately wanting to be together regardless of reason. Still, Hermia and Helena must be commended for breaking out of the maidenly mold set for them by men and for their fortitude in fighting for their love, which ultimately brings them happiness.

Like the lovers, Summer ultimately finds happiness and comes to believe in love—just not with Tom. After they part ways, we see Summer reading The Picture of Dorian Grey in a diner when her future husband comes up and begins talking to her. “It was meant to be,” Summer tells Tom on his 488th day of Summer, “and I just kept thinking, Tom was right…It just wasn’t me that you were right about.” It breaks Tom’s heart and leads to a reversal of their stances. “You know what sucks?” he says. “Realizing that everything you believe in is complete and utter bullshit…Destiny and soulmates and true love and all that childhood, fairytale nonsense. You were right. I should have listened to you.” Though Tom is heartbroken in the moment, he is not forever disabused of his version of love; he’ll meet Autumn at a job interview, and there’s the insinuation that she is “the One.” I’ve never liked this cheesy bit, but I’ve always appreciated how Summer defined love on her own terms. She never tried to make it work with Tom because she followed her own conviction, not his, and she also allowed her ideas to evolve. Eventually, I did, too, and like Summer, I was surprised. It took our own convictions to get there, us women who faced the ideas others tried to foist upon us.