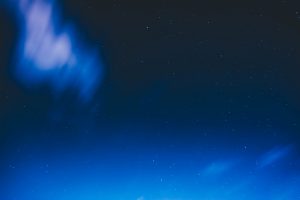 World-building is an oft discussed topic for fictional works of the fantasy and science fiction types. Was enough world-building done? Did the setting come alive? Did we believe in the stakes of the world and the way that characters inhabited it? World-building is often accomplished through lengthy passages of description and telling details peppered generously throughout the text. But, how does one accomplish this when the text is designed to be brief? In flash fiction, world-building must be done succinctly and often subtly.

In John Wiswell’s “You Can Adapt to Anything” (Daily Science Fiction), every clue to the world-building is firmly linked to the relationship between the two main characters. We learn what they’re doing as an extension of what we learn about their love for one another: “Miguel never lets her slow down. That’s why she loves him, and why they’ll crack transdimensional travel. They’re two silhouettes against the furious teal light. The silhouettes of their faces become one.” By creating a science fiction narrative of love and loss in which the science is an extension of the character’s love, we are able to have the world built quickly and efficiently as it simultaneously is doing character work throughout the piece.

In “Last Long Night” by Lina Rather (Flash Fiction Online), the world building is often done in contrasts of the way things used to be versus the way they are now: “We’d been alone in space too long. Back home, we’d be treated for space sickness and starlust, our brains scanned and studied for signs that our grey matter had deteriorated in the vacuum. We’d be swaddled in hospitals […] But there was no more Earth, and we were lost, limping along to a semi-terraformed planet we were supposed to be studying and would now be colonizing.” By setting up what the characters will never know again, Rather builds a story about what drives us forward and what holds us back. This is a quietly devastating story that also, through its world-building, gives the reader a sense of hope: even as we learn about the story’s world through the contrasts, we understand that it’s the common ground that still holds humanity together.

Laurel Amberdine opens her story, “Reflected Across the Dark” (Arsenika), with a description of what is going strange within the world of her story: “The portals began appearing four months ago. We were curious, like everyone, but they were rare and strange and didn’t matter. I thought it might be a hoax, but you believed in them. You believe in everything.” This not only serves to build up what exactly is the science fictional aspect of the story but also allows a succinct glimpse into the relationships of the story’s world. The line between skepticism and belief, and the interpretations of those elements within two siblings’ relationship. By setting up the differences early, the reader is able to understand how they act as halves of a whole, an element that ends up being crucial to the story’s plot later.

In all three of these stories world-building is in service of the characters of the piece rather than just the world of the piece. We see relationships and the way the characters react to the world as part of how we come to understand and learn about that world. By informing us through these devices, it never feels like information dumping.

The way that authors choose to create and explore their science fiction world often hinges not on what they’re trying to say, not about the world they’ve created, but rather about the characters populating that world. In a novel, where space is unlimited, this world-building can be accomplished over a greater expanse of time, but it often becomes weighted down by this. However, in flash fiction, where an author is forced to quickly build up and sustain a world while also pushing a story forward and engaging a reader with the characters, the world-building, when done well, always feels dynamic and doesn’t jump out to the reader as being purely world-building. Writers of longer works of science fiction might do well to look at the flash science fiction currently available.

Tags:John Wiswell, Last Long Night, Laurel Amberdine, Lina Rather, Reflected Across the Dark, You Can Adapt to Anything