Home
»
Writing
»
A Writer Writer: The Writing That Counts 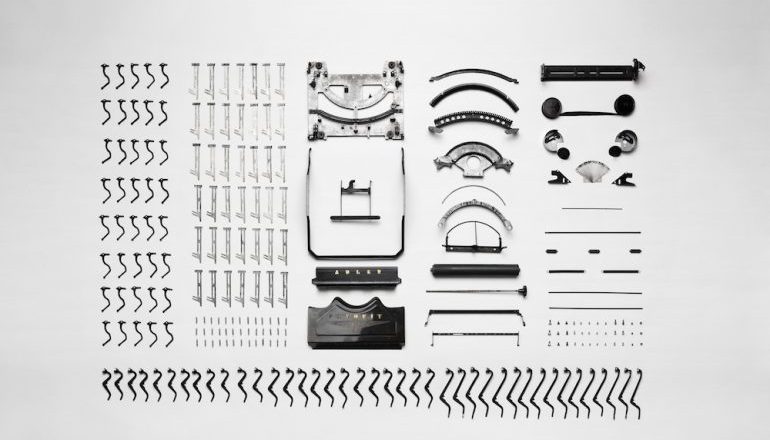 In an episode of HBO’s Girls titled “Free Snacks,” aspiring writer Hannah Horvath lands a job producing “advertorial” content at GQ. Characteristically sharp and observant, she immediately brainstorms circles around her coworkers; at this rate, they suggest, she could really make a name for herself. But Hannah isn’t interested.

Hannah: I’m not looking to take Janice’s job.
Karen: Why not?
Hannah: ‘Cause I’m a writer.
Joe: Yeah, we’re all writers.
Hannah: Yeah, but I’m like, no offense, just a writer writer. Not like a corporate advertising, working-for-the-man kind of writer.
Joe: Who is? Kevin over here won a Yale Series of Younger Poets award back in 2009.

Chewing the very Clif Bars and SunChips supplied by writing-for-the-man, Hannah’s coworkers reveal their italic-worthy credentials. Karen has placed writing with n+1, Joe wrote for The New Yorker not a year out of college. This moment of their unmasking and Hannah’s subsequent transparent alarm reveals some things: it clarifies Hannah’s myopic self-obsession, whereby she can’t imagine her coworkers sharing any part of her own fervent, and private, artistic vocation. More broadly, we get to see the widely prevalent coexistence of commercial labor and artistic aspiration, even if it’s represented only to be rejected.

The skill set nurtured by a writing-intensive education and practice lends itself to all kinds of writing-based projects paradoxically thought adjacent to “actual” writing, and such a paradox begs the question: What kinds of writing count? Which contribute to, or threaten, the ultimate project of Becoming (/Being) a Writer—and who, if anyone, is served by the mythology of such distinctions?

Some writing-labor can be neatly subsumed under related professionalization: composing syllabi for writing-intensive courses, or publishing book reviews. But it remains that much of writing-while-writing seems to lack the romance of day jobbing in an explicitly unrelated field (e.g. bartending; retail; animal husbandry). The ostensible dichotomy of manual labor versus artistic process is protected by assumptions that 1) each is insulated from the other, and 2) “mindless” work can buy one time to make art. Such a body/mind dualism gets significantly more complicated when one’s day job also, or primarily, consists of writing. If foaming milk is honest work, generating copy is practically cheating on your art.

I often do the following exercise with my first-year composition students: draw three columns on a sheet of paper. In the first, list everything you write: every form, every genre. In the second column, list every subject you write about. In the third, list every audience, imagined or actual, for whom you write.

Familiar, school-based stuff tends to come up first: research papers, experiment abstracts. Then it’s a micro-revelation to allow for far more frequent but less considered forms: texts, hashtags, grocery lists, emails to home. Their subjects ripple inward, from assigned historical fiction to actual relationships. In the third column my students are reliably pleasers, writing to the satisfaction of their teachers, sometimes their parents. Rarely do they address their words to an imagined peer. Even rarer is writing for themselves, for pleasure or catharsis.

The exercise is meant to demonstrate, to my mostly future mechanical engineers and medical professionals, that an introductory writing course need not intimidate them into a stupor because hello, they already write, all the time. But I first encountered it as a participant, in a deserted dorm room in Charlottesville, Virginia, training to be a counselor at an immersive creative writing camp. Wherever and whoever we think we are, proof of ourselves as writers, and forgiveness for life’s apparent deviations, are perpetually in demand.

Graduate school is not (exactly) an advertorial department, but it is a veritable breeding ground for conventional questions as inevitable as they are dreaded. Because I spent the years after college on an MFA in writing rather than an MA in my current discipline, I often hear, Do you still write? I can tell that the answer to the question as formulated is, No: I don’t really write poems anymore, and definitely not the oblique narratives about my immediate family that were so, so severely not in style throughout my degree.

But it’s also weird to say no, when the vast majority of my time is spent writing. Critical essays on films to eventually comprise a book-length but not quite book-shaped document, sure—but writing, more than ever. I’m hardly alone; many in my small MFA cohort went directly on to doctoral programs, and not exclusively in creative writing. I haven’t abandoned my previous forms of expression so much as rerouted that craft. As a result, my academic voice is objectively a little unconventional, but sincerely and increasingly mine. So why am I reluctant to call myself a writer, despite being more present and less phobic in my sentences than I was when I was supposedly writing for real?

Upon arrival at her office, Hannah is warned against self-identifying as working at GQ, because the “real writers”—editorial, not advertorial—prefer to maintain the boundary between work that takes place there and really working there. The precise coordinates of that boundary aren’t as important as its mobility and resilience. Hannah could write articles, or novels, publish small or large, and still never feel authentic across literary contexts. In darker moments I have to wonder if the persistent sensation of fraudulence is why I’m in graduate school, having succumbed to the gravitational pull of yet another field characterized by ambient insecurity and infrequent affirmation.

In the spirit of a new year, I want to remember and remind that writing—writing writing—is like growing up. No one feels it’s really happened even as it’s well underway. Whatever we’re making, what it does and who it’s for, requires only our permission to be part of what makes us real.