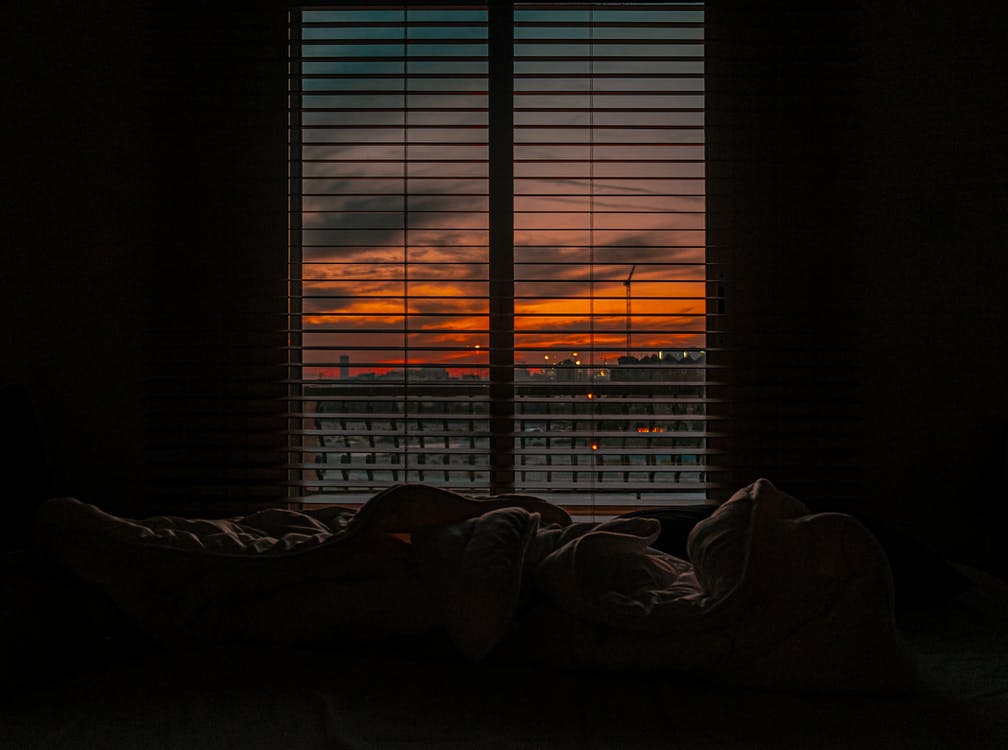 “Let me walk. Let me go at my own pace. Let me feel life as it moves through me and around me. Give me drama. Give me unexpected curvilinear corners. Give me unsettling churches and beautiful storefronts and parks I can lie down in. The city turns you on, gets you going, moving, thinking, wanting, engaging. The city is life itself.” In Flâneuse: Women Walk the City in Paris, New York, Tokyo, Venice and London (2016), Lauren Elkin writes at length about women indulging in the pleasures of walking and discovering cities. Her essays are enchanting—their earthy affirmations, wandering cadence, a sometimes dallying, sometimes hurried pace made me comfortable as I read, and also gave my own recent experiences a shape. Over the last fifteen months, with the world outside so passive, static, and stagnant, I explored the alleys of the internet, discovering new ways of spending my locked-in days and nights. In these months, I have walked down online paths, led not only by intrinsic curiosity but also by an inquisitiveness that arose out of boredom.

From movies in foreign languages to new ways of interacting with friends and acquaintances, from reading new writers to finding new recipes—in the last 15 months, this is what the internet became for me: a place where so much could happen. In the vast forest of the internet, I could lose and find myself concomitantly. In its endlessness, I discovered a new solitude. In its undergrowth, I found freedom.

In March 2020, this flânerie started as a casual interest. I would do household chores, attend to office work and then sit down at the laptop, poking at the internet. I listened to Europe sing “Bella Ciao, Bella Ciao” from its windows. I watched celebrities tweet homemade videos, attempting to show that we were in this together. I found a sense of bonhomie.

As the summer took over, however, the mood changed. The season brought along a horrible humidity and the walls of my small two-bedroom flat started closing in on me; I became lonelier than I had been. The daytime heat would dribble down from the ceiling after sunset, and the internet became a place to look for conviviality. I found sites streaming Hindi movies from my childhood and watched them alone at night, giggling at the incongruousness of it all. I watched animated films made by Hayao Miyazaki and Makoto Shinkai, sitting with a notebook and a glass of white rum, bathing my senses in the crackling transcendence of these movies. It almost never rains in Delhi—its landlocked geography was deemed cursed by several Mughal rulers—and on some evenings pregnant clouds would huddle around my neighborhood and crack open a dust storm. Tired of cleaning and angry and sad, I would shut the doors and windows of the house. As I watched it pour in Shinkai’s The Garden of Words, I felt a cool descend. The internet had become a place where I went to find peace, and to make my life a little more bearable.

By autumn, I was splitting my hours between watching reality TV and French dramas. I would get lost in the performative emotions of the former and would spend hours looking up the various backstories of the shows’ participants. On weekends, I watched Plan Coeur (The Hook Up Plan) on Netflix. I saw the protagonist, Elsa, indulge in the dance of love and missed my own friends, having not seen them since the pandemic began. I found an unusual warmth in the company of Elsa’s friends, Charlotte and Emilie. When they went to pubs for drinks, even as they chatted in French, I cracked open a beer and pretended to be on the other side of their table. On late evenings, I’d sit by the window listening to Japanese Jazz on my phone, its cool beats giving my life an original, interesting background score. I was looking for ways of finding the unfamiliar in the mundane.

Apprehensive of ordering food online, I began to use YouTube to learn how to cook new dishes, like Portuguese Fish and Vietnamese Prawn curry. I cooked like never before—out of compulsion, but also out of an urge to find out if my kitchen skills were any good. To this end, I explored YouTube channels, finding a hitherto unexplored cadre of women who were busy devouring the French capital. The internet then to me became an inherently feminist space. I realized that when I walked online, I was gawking—staring at people’s photographs, tweets, preferences, choices, and lifestyles in a way that, as a woman, I was not able to do in the real world. Suddenly freer than before, in the virtual world I roamed the vast avenues unbound by any scrutiny or societal rules. Elkin has had a similar realization: “I like the built environment, I like cities,” she writes. “Not their limits, not the places where they become not-cities. Cities themselves. The heart of them. Their manifold quarters, sectors, corners. And it’s the centre of cities where women have been empowered, by plunging into the heart of them, and walking where they’re not meant to. Walking where other people (men) walk without eliciting comment. That is the transgressive act.” Just like Elkin, I came to understand that when I was online, my experiences were not guided or policed by anyone—not even myself—but instead grew out of an inherent desire to learn and grow. “The flâneuse,” Elkin says, “is not merely a female flâneur, but a figure to be reckoned with, and inspired by, all on her own . . . . She is a determined, resourceful individual keenly attuned to the creative potential of the city, and the liberating possibilities of a good walk.”

In spring, I waited with bated breath for vaccinations to be announced for my age group. My parents got their first dose, and I began to feel something new—a kind of relief, and satisfaction. I went to the Himalayas for a week. Seated by the window in a café in the Manali valley, I saw the snow-capped Himalayas and felt a strong urge to go farther up. Spotty internet and unpredictable weather made that tough, so I stayed put, surfing the internet in Manali with a renewed interest in my immediate surroundings. Growing up in the nineties, I had known Manali to be an exceedingly famous hill station. But when there, unable to venture out much because of work, I used the internet to soak in the place. I looked up travelogues about Kasol, a small town near Manali famous for its Israeli cafés and corners. I made note of the names of cafés and decided to visit them once the pandemic was over. I saw glorious photographs of India’s highest sky bicycle track, set at an altitude of 9,000 feet, at Gulaba. I memorized the town’s dusty, winding lanes.

All this while, I had been able to keep away from COVID-related news. It was a deliberate attempt on my part to keep my sanity intact: early on in the pandemic, whenever I had ventured into reading COVID numbers in India or in any other part of the world, anxiety would creep in. I had decided not to doom scroll, not to rage tweet, and not to participate in any COVID-19 conversations online. But all of this changed in April, when India began seeing a second wave of infections.

On April 17, I came down with the virus and felt sucked out of the world. The first ten days of my infection went in a haze. My body was crumbling under the pain, and I slept through the days and nights; I had to gather the physical strength to call a friend to ask him to send over food. For these two weeks, my internet consumption occurred in fits and bursts; I mostly took refuge in books instead. When I did go online, I trudged carefully. As the days turned into weeks, it was through social media that I started gathering the news of friends, family members, and distant relatives passing away due to the virus. My Twitter feed was a steady stream of sadness, anger, and mutual aid. During the day, people tried to help each other. At night, we cried. It was as if we were all living under a shared grey sky, death all around us.

As the internet took on a dreary sheen, I felt pulled in to Elkin’s descriptions of her time in Tokyo. My discombobulation, sadness, and anger at how the COVID-19 situation was being managed in India found uncanny resonance in Elkin’s time in the Japanese capital. When Elkin wrote that she felt “light headed at the hideousness of Tokyo,” she gave a vocabulary with which to address my own brain fog. Unable to walk the city, Elkin felt worn out. Fatigued, ill, and weak, I, too, was unable to experience life as I wanted to. This vastly disorienting experience of being locked in for a prolonged duration was now suddenly textured by a unique sense of virus-induced ennui. Elkin’s sense of being marooned in Tokyo mirrored my constant drug-infused state of fugue.

As this summer of death progressed, however, the internet turned into a beacon of hope. Although I was alone in real life, I found virtual company in my therapist, psychiatrist, physician, and a gaggle of friends. The internet saved my days, as connecting with people brought me some sense of normalcy and grounding. And, still panic-stricken, I was trying not to venture out unless absolutely necessary, instead continuing to use the internet as my window to everything outside.

Before the Delhi lockdowns, I was like Elkin: someone who enjoyed taking regular, long walks in my neighborhood. On these walks, I absorbed the city uniquely. As the pandemic droned on, I scouted various online portals as a way to interact with the outdoors. While Elkin walked literally, measuring the lengths and breadths of places by putting one foot in front of the other, I metaphorically traversed new lanes and by-lanes on the internet. For both Elkin and I, this drifting was a way of placemaking. It was where we were finding both our happiest moments and our most desperate ones. “Why do I walk?” Elkin writes. “I walk because I like it. I like the rhythm of it, my shadow always a little ahead of me on the pavement. I like being able to stop when I like, to lean against a building and make a note in my journal, or read an email, or send a text message, and for the world to stop while I do it. Walking, paradoxically, allows for the possibility of stillness.” Over these months, I surmised that being still doesn’t necessarily have to mean languishing. A meaningful, meditative emptiness can come from stillness, from walking, from watching a video of a tabby cat attending to her kittens, from gazing at the skies and watching the seasons change.

As I recover from the illness, somehow I have wound my way back to the beautifully poetic universe of Japanese animation. Unstirred on weekend afternoons, I sit on a straw matt in my room, soaking in an hour-long movie without a break. I listen to podcasts, discovering new ones each week and trying to follow the work of new and old favorites. I try to break out of the tedium by acquiring new habits. Each time I step further into the online forest, I make a little space of my own.

Anandi Mishra is a Delhi-based writer who has worked as a reporter for The Times of India and The Hindu. Her writing has been published by or is forthcoming in the Los Angeles Review of Books, Virginia Quarterly Review, Brooklyn Rail, Al Jazeera English, Chicago Review of Books, Aeon, Popula and elsewhere. Her essay, “A Satyajit Ray Lockdown,” appears in the anthology Garden Among Fires. She tweets at @anandi010.