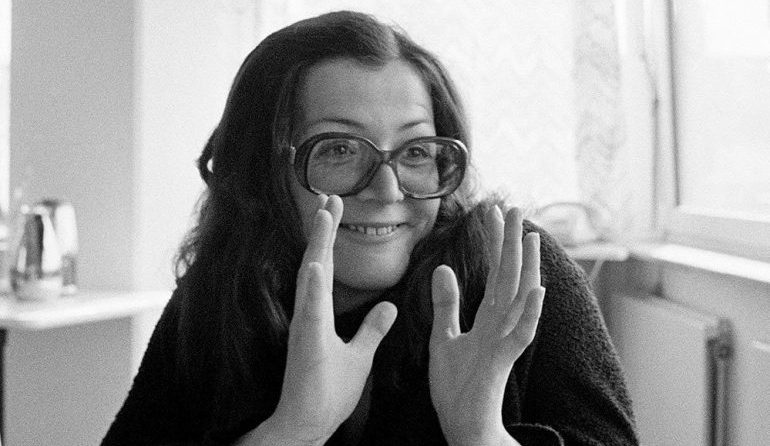 Translated from German into English in 2015, Austrian author Marianne Fritz’s The Weight of Things presents domesticity and motherhood as intolerable, even unbearable, in the aftermath of the Second World War. Though this particular ‘weighty circumstance’ has come to a close, mundane life is now marked by a pervasive cruelty that endures until Berta Schrei is finally placed in a psychiatric ward. The novel examines ‘the weight of things’ as this simple, consistent cruelty, and how it works to rob Berta of what she holds dear.

The novel visits 1945, 1958, and 1963 with little clarifying detail for the reader, but opens with a woman, Wilhelmine, reflecting on the events of 1945; we learn that Wilhelm and Wilhelmine are married, and that Wilhelm was also at one time married to Berta Schrei. While all three Austrian citizens together witnessed their nation’s absorption into Nazi Germany and its subsequent role in the war, it is Berta who has proven most prone to ‘the weight of things.’ Having suffered an irrevocable breakdown, ‘the weight of things’ continues to compress her body and mind as she spends her days in the psychiatric ward: she giggles and repeats herself ad nauseam, even her hair sits limp.

At the outset of the war, before its full impact has been realized, Berta is already making frequent reference to ‘life as such’ and ‘the weight of things’. Partial definitions are supplied—‘Life is hope and hope is a wound’—until these terms become analogous with daily life and its malign, underlying forces. It is these forces against which Berta’s body fails to hold its boundary line, with the result that ‘Inwardness…eludes me… I’m too concerned with surfaces.’ Life is all surface now; its innards plundered and put to horrific use.

Though Berta is troubled by ‘the weight of things’ and the lack of interiority it occasions, she does not resist its logic. In keeping with Johanna Hedva’s Sick Woman Theory, which asserts the body and mind’s reactivity to regimes of oppression, Berta intuits the connective tissue between bodies and their contexts. Indeed, she accepts this entwinement so fully, that gazing upon an image of the Madonna she feels offended at her youthful face:

In all the time she’d looked at it, not a single wrinkle had ever crossed the Madonna’s face. Why should it be free from even the slightest trace of life’s hands, their pounding and moulding? The Madonna seemed untouched by those thick fingers… untouched, that is, by daily life….

Though the Madonna is a holy figure (and a painted image), it still strikes Berta as inconceivable that she remain unmarked, untethered to earthly suffering by all the all-reaching impact of the war. This short passage suggests ‘the weight of things’ might be, in part, the humiliations embodiment accrues once human life has been proven inconsequential—the sheer incongruity of survival, and the questions with which this incongruity suffuses daily life:

What does it mean to have a body after World War II?
To have flesh at all, when so many others have been flayed of theirs?
How does one perform daily life, having experienced its near-obliteration?

The sinister personification of fingers and hands, the physicality of the ‘pounding and moulding’ that the Madonna seems to have avoided, also speaks to the ongoing relationship between the war and the human flesh that has survived it. Something akin to survivor’s guilt has taken hold of Berta—something unexamined and misunderstood, but accepted entirely. From this moment onwards, she begins to act on her belief that the bodies left behind after World War II must be, in some way, punished.

Confronted with the simple, abiding cruelty of everyday life and an inability to accept her own survival, Berta’s gaze now turns to her children. Suddenly overwhelmed by their almost chronic fragility, she decides to keep Rudolph and little Berta at home from school where she lavishes them with attention. By stages, however, this protective impulse turns murderous; the status of the body has been too fiercely called into question. To spend time with her children is now to be admonished by their weaknesses, the unlikelihood of their self-sufficiency and eventual survival. Slowly, Berta decides to relieve herself of her ‘burdens’, only to collapse under the intolerable weight of this decision.

She didn’t know exactly why, but somehow it seemed right to stay up through the rest of the night. Either to avoid the nightmares, or to sift through her own life and the lives of her children.
Maybe it was all of those things, maybe it was none of them.
…
And on that long night, Berta Scrhei came to a decision: “Two hopeless cases are a double heavy burden.”

The fact of infanticide is only fully revealed by Wilhelm, who is still struggling to come to terms with the simple, devastating facts of his children’s deaths years later, ‘a person existed who was capable of anesthetizing her children with sleeping pills and strangling them with her bare hands.’

Survivors of trauma are left to reassemble their inner lives, and in the context of war it is assumed this mass undertaking will bring society back to itself. Via routes that remain opaque to her, ‘the weight of things’ convinces Berta that such a reconstruction is impossible, the attempt itself futile. Better to collapse on her own terms, to remove her subjectivity from the world, and any extension of herself along with it.