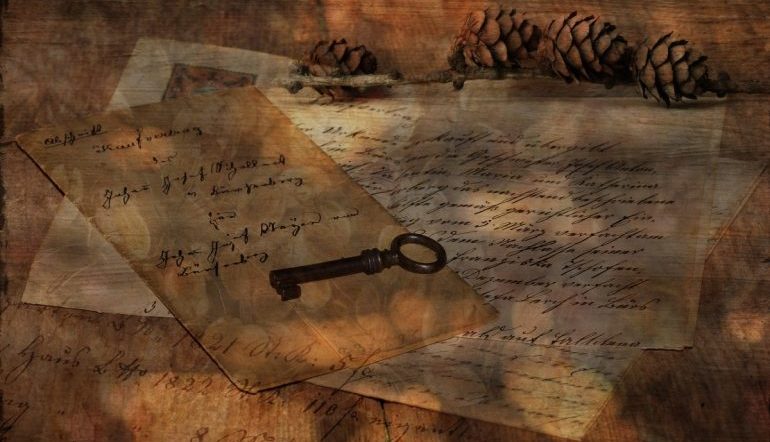 In an 1863 letter to his sister, Blessed Cardinal Newman wrote that “the true life of a person is in their letters…. Not only for the interest of a biography, but for arriving at the inside of things, the publication of letters is the true method.” Since 1970, anthologies of the letters of many esteemed writers have been published. The “inside of things” that these letters exude is distance, separation, abandonment, and silence.

Marcel Proust’s letters, for example, communicate a feeling of separation; out of a perceived alienation comes his obligation to write. This intention is the most pervasive revelation in Letters of Marcel Proust, translated by Mina Curtiss—take this epistle to his beloved friend, Madame Straus, from 1911:

Life goes by and only makes more cruel this complete separation from you. I am always expecting my book to end and it is not yet finished. I can’t tell you how much I constantly try to console myself for being deprived of you by thinking of the happier days when I could see you. Sometimes I evoke one day, sometimes another, I am surrounded by them.

Although Proust slings a passing word concerning Le temps perdu, a subject on which he blatantly boasted to Mme Straus in a letter from August of 1909 (“You will read me,” he wrote, “more than you will like, for I have just begun— and finished— all of a long book.”), the pith of his letter is deprivation, aphasia, and nostalgia.

Perhaps letter writing was not always this way. Perhaps letters spoke of community, connection, proximity, intelligibility, and linguistic facility. Perhaps their authors considered letters a form of art to be mastered.

In fact, the first letter-writing manual appeared in the year 1087 to formalize correspondence between monasteries. Beside prescribing a familiar outline all letters should include, the ars dictaminis exalted brevity, rhythm, and tonally pleasing prose. Until the Elizabethan era in England, however, the ars dictaminis was a largely forgotten art, despite the fact that Elizabethan England could boast a literacy rate of ninety-five percent. With no official political, military, or religious duties among them, a class of English merchants found themselves highly literate, somewhat prosperous, and traveling extensively. The need to correspond with family and other merchants at home and abroad was ripe.

Within one generation, several letter-writing manuals appeared in England to immense cultural acclaim. Shakespeare was known to use letters between characters in his plays in order to evoke a mood, heighten a climax, report events, resolve conflicts, add irony, and create suspense. The formal and artistic conventions of Shakespeare’s intra-play correspondence are found in the letter-writing manuals of his time by, most notably, William Fulwood, Angel Day, Desiderius Erasmus, and Abraham Fleming. Erasmus defined the genre in De conscribendis epistolis as “speech with the absent.”

The advent of Renaissance letter-writing manuals and Enlightenment-era norms for the genre gradually moved beyond the styles prescribed by medieval monks. Whether the content of a letter was political, economic, juridical, or familiar, Erasmus and his successors held that “the best form of expression is that which is most appropriate to the context.” What remained categorically relevant to letter writing—what remains characteristic—is the sense of “the absent.”

The sense of absence is what underlies the sense of separation and longing prevalent in letters. Proust, so acutely aware of the dejections intrinsic to the genre, reveals the inner life of the letter writer when the young Marcel of Proust’s Swann’s Way lopes up the stairs of his parents’ Combray estate, exiled from dinner and sent to bed without “the sole consolation” of Mama’s kiss goodnight. He falls into a “fit of rebelliousness” within the confines of his room. To obtain a precious goodnight kiss, he says, “I wrote to my mother begging her to come upstairs for something serious that I could not tell her in my letter.” He sends it to the dinner party downstairs by way of their servant, Françoise, and awaits his mother’s favorable response with joy. “Now I was no longer separated from her,” he exclaims. “The barriers were down, an exquisite thread joined us. And that was not all: Mama would probably come!”

And yet, his Mama does not send a response. She continues laughing amidst the pleasures of her dinner company without him, and the boy is left to suffer the torment of silence, as all letter writers invariably do. “The anguish … comes from feeling that the person you love is in a place of amusement where you are not,” the boy concludes, “where you cannot join her.” The inside of things a letter reveals is not an author’s intention, nor is it a map for navigating the world—a letter is a beautiful statement on the harrowing experience of proclaiming absence to the absent.