Home
»
Interviews
»
Acts of Listening: An Interview with Analicia Sotelo 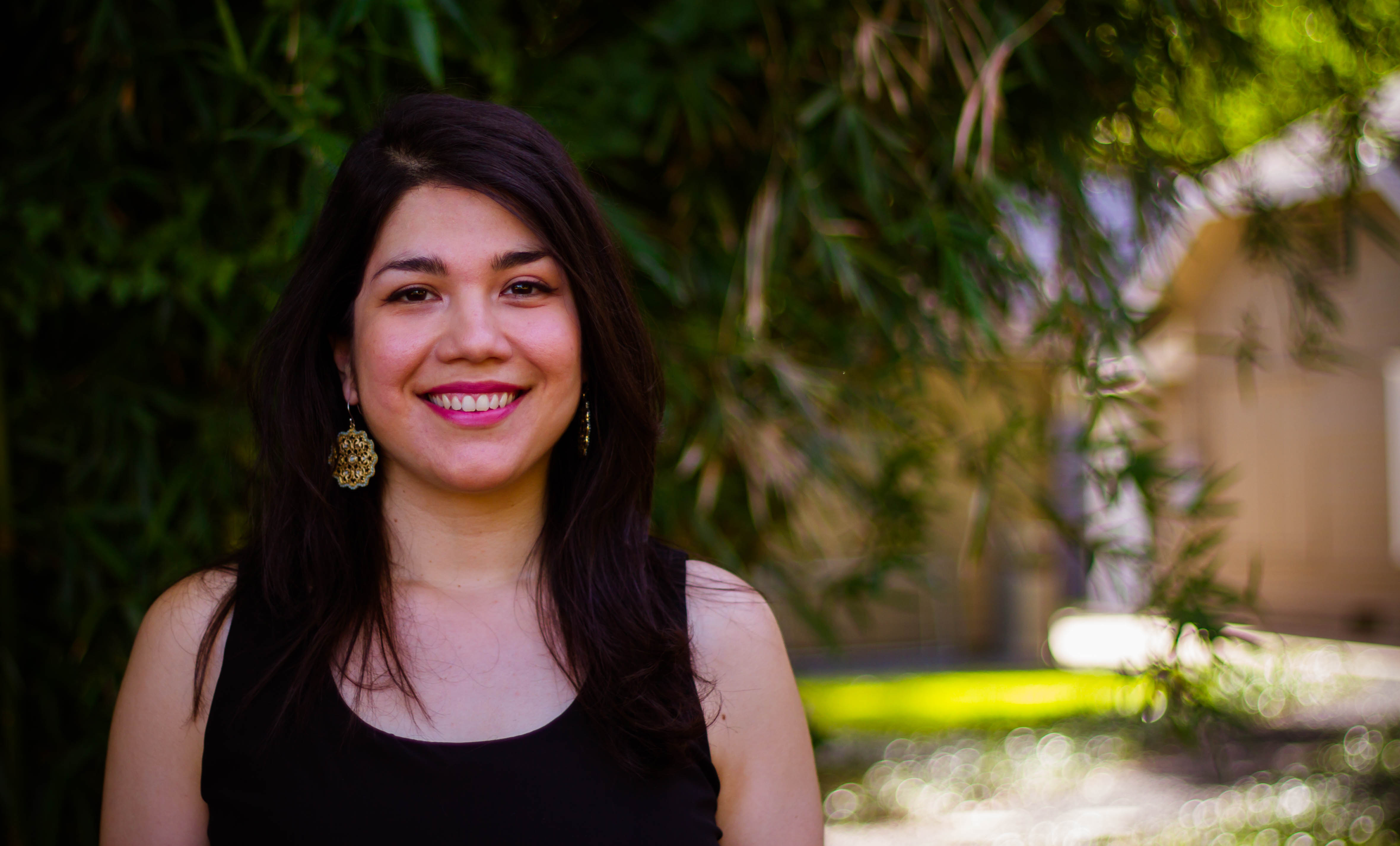 The most exciting collection of poetry I read in 2018, perhaps even in recent years, was Analicia Sotelo’s Virgin (Milkweed Editions). These poems pull together the mythological and the mundane to synthesize a direct line of communication (if only sometimes in echo) between the Greek mythological Ariadne and the various personae that inhabit these pages. A master of metaphor and voice, Sotelo nimbly moves between disparate images—a half-dead tree and a jilted mother; Theseus and Victorian-era rest cures; cherry red cardigans and scarred peaches on the grill—to complicate tropes of feminine rage, joy, desire, and humor. But even through the abstraction of symbol, these poems cut to the deep through an incredible directness and urgency of voice. You don’t consume these poems so much as you step into them and find yourself changed by a set of radical truths. And in this way, Virgin is easily in league with what the best works of literature do in decentering the reader’s world through the radical truths of the subjective. When you approach Sotelo’s work you are not simply dealing with words on a page, you are dealing with witchcraft.

In addition to Virgin, the inaugural winner of the Jake Adam York Prize and Ross Gay selection for Milkweed Editions, Sotelo is the author of Nonstop Godhead which was selected by Rigoberto González for a 2016 Poetry Society of America National Chapbook Fellowship. Her work has appeared in such outlets as the New Yorker, Boston Review, FIELD, Kenyon Review, New England Review, and The Antioch Review among others. In this interview, I speak with Sotelo about humor, unexpected influences, and the complications of being a Mexican American writer in the contemporary era.

Daniel Peña: Ariadne is very much the heart of Virgin. I feel like all of the personae in this collection are in conversation with that character and her mythology, but also her humor. She can be very funny, if incredibly dark, and I feel like that’s one of the more underappreciated parts of this collection—its humor. As much as disparate themes and images are in conversation with each other in this collection, there’s a really beautiful dissonance you create in juxtaposing heaviness and levity (or hilarity). How do you see humor at work in your poetry?

Analicia Sotelo: I’m interested in how humor can propel angles of feeling—it can be self-protective, self-referential, confident, dismissive, seductive, welcoming…It holds a veiled honesty to it that I think can add depth to a person’s curiosity about how they truly feel. It’s similar, I think, to a conversation with a very good friend, where you can be slightly more witty and achieve an intimacy in those small revelations. Humor is also Ariadne’s “secret power” I think—in the gendered expectation that was solidified by the Victorian “Angel in the House” and continues today, women aren’t supposed to be funny—they are supposed to be timid, modest, and agreeable. They also aren’t supposed to be darkly funny. But the morbidity in these poems functions, I think, as a self-awareness of the importance of human love, as temporary as it may be, and as lasting. I think the humor in these poems illuminates how Ariadne’s search for love is simultaneously heavy and light, as steeped as it is in the continuous feedback of power structures and social expectations.

DP: Something I’ve noticed thus far—and it really kind of tickles me—is that reviewers don’t really know how to classify you, which is kind of cool I think. So many of my favorite writers (including yourself) are ultimately just their own animals—James Baldwin, Clarice Lispector, Clemens Meyer. I’ve seen one reviewer compare you to Carl Phillips, but largely reviewers just seem to side-step those comparisons and honor you and the complexity of this book. But I’ve been wondering: Who are your actual influences? Who and/or what things speak to you and your writing right now?

AS: You know, I’ve thought a little about this because often I’ll get asked informally about my influences, and it feels like a great mystery. Here is a poet-collage of where some of it may come from: Levis, Lasky, Ruefle, Nelson, Glück, Olds, Kasischke, Roethke, O’Hara, Rilke, Blake, Donne, Keats, Whitman. My influences have broadened since then, but I would consider those a foundation. Nora Ephron, Virginia Woolf, and Lorrie Moore are strong roots for the challenging energy of the female speakers in the book. Ultimately, history as collage is an influence—Virgin was impacted by the rhetoric and images of Surrealist art, Catholic hymns, English Victorian novels, Mexican-American South Texas, and early 20th century love songs.

DP: What are some unexpected influences in Virgin that might have surprised you?

AS: I didn’t really expect the Victorian references to become so strong in the Ariadne sequence, but I had to trust my process on those poems and see what became of them. I realized later that I was interested in how patriarchal structures persist today even in the smallest moments of intimate relationships, but at the time of writing, I was a little perplexed. I liked the surprise, though, and decided to keep writing into it.

DP: What is the most terrifying thing you’ve ever written?

AS: The most terrifying thing I’ve ever written is nonfiction, and I have yet to see where that leads me.

DP: Non-fiction is indeed terrifying! That separation between public and personal can disappear. Do you feel the need to separate your public writing life from your personal life? To that end, Virgin has been such an incredible success. I know you’re in high demand right now. How do you protect your writing time and your interior writing life?

AS: I do like to separate the writing life from my personal life. I think conflating the two would leave me feeling as though I didn’t have my own thinking space to create new work, and being able to write freely is incredibly important to me. Protecting time is an ongoing challenge—I leave most of my Saturday and Sunday mornings open for myself, and some early weekdays. That’s not always consistent, so I have to rely on trusting my intuitive process—reading and memorizing poems, journaling as needed, and even picking up painting for an afternoon. The public writing life can feel so much like a job that I think it’s vital to remember that writing is an art that requires a different kind of listening.

DP: What do you get from memorizing poems?

AS: You know that feeling when you’re walking through a neighborhood that you’ve driven by every day, and you notice things you’ve never known existed? That’s what it’s like walking through a poem by memorization. Taking it slow allows you to feel its composition, and how the tiniest choices, of even an article or a preposition, add meaning to the work and enrich it. That act of listening also informs how you write, what you notice, and how you choose to pace your line of sight.

DP: As I’ve written about in this space before, I personally struggle with being labeled a Chicanx writer. While I read and enjoy Chicanx literature, I’m not sure I belong in that canon. It wasn’t me who put my body on the line in the Chicano Civil Rights Movement. Not me who risked expulsion, jail, and billy clubs by boycotting class at Garfield High School and sparking the East LA Walkouts. But then on the other hand I also feel a disconnect in no small part due to the rampant misogyny and problematic race politics that inflected a lot of the literature written by so many of the men of that movement. In any case, people insist on calling us Chicanx writers. How do you feel about that label? And do you feel like possibly our generation is building something completely different?

AS: This is a big question! I think Latinx/Chicanx writers of our generation grew up and into the study of literature with an awareness of the way in which our elders had been stigmatized as outside of the canon, and you’re right, with a conscientiousness of misogyny and race politics. However, when I think of the European canon, and how it has long carried its history of conquest and colonization, I wonder if it has so deeply embedded itself into our cultural consciousness that we ignore its terrifying, long-term impact. It has its own misogyny and race politics. Here’s a scenario: a typical Latinx student who has chosen to major in English, and maybe become a teacher, or a lawyer, or a writer, is just trying to excel in college, and make the risk worth something, and what’s on the menu? Western civilization. We have to master it to survive that experience. We have to consume it to be respected. And so, to that effect, the study of Chicanx literature gets passed over because the English lit framework ignores its validity. Why can’t we just study Literature, instead of English Literature?

If we can go back and understand our own culture’s legacy, we can start changing what future Latinx students will see in their classrooms. I think a lot about who has been left out, historically, from these conversations. So to that extent, I don’t mind being called a Chicanx writer if (a big if) the person or institution using that label understands what that really means, and knows the history of it, and can speak to it, and asks first what I prefer. I don’t think anyone should be labeled—we determine our own identities. What I really envision is that marginalized literatures can each become a major part of the canon, and that it will be a global canon, a portrait of a world in constant transformation. Shakespeare beside Sor Juana, Li Qingzhao beside Sappho, Enheduanna beside Homer.

DP: Damn. I feel like I really needed that. What works are speaking to you right now? And what’s next for you?

AS: I’m paying a lot of attention to The Performance of Becoming Human (Borzutzky), Poems for the Millennium (Ed. Rothenberg and Joris), A History of Their Own: Women in Europe From Prehistory to the Present (Ed. Anderson and Zinsser), and Paint the Revolution: Mexican Modernism, 1910-1950 (Ed. Affron, Castro, Cruz Porchini, González Mello). Also Look (Solmaz Sharif), Whereas (Layli Long Soldier). There are so many more, but there is some of it. I’m writing new poems, and playing with essays. I hope to closely study certain periods of history, fashion, art, and poetry. I’m interested in color, or the perception of color. That’s the starting point.