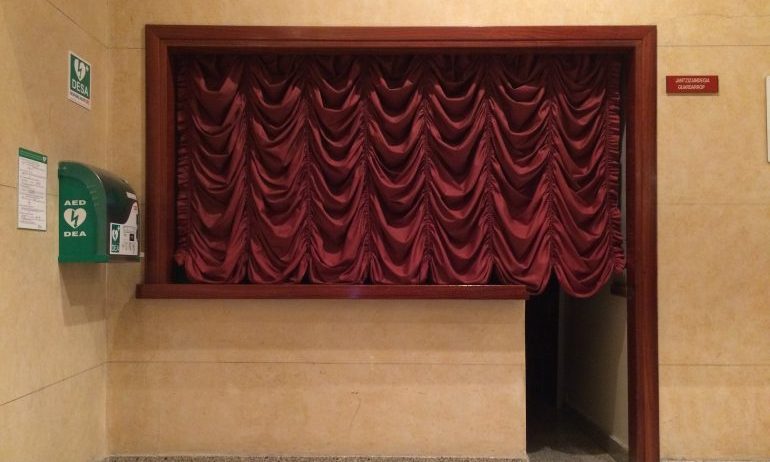 Lauren Berlant and Kathleen Stewart’s collaborative work The Hundreds, a collection of hundred- or multi-hundred–word pieces on art, affect, and politics recently published by Duke University Press, draws on the women’s backgrounds in cultural criticism as much as their attunement to the types of feelings that arise from situations or experiences. Berlant, a professor in the department of English at the University of Chicago, is a prolific critic and theorist, and consulting editor for Critical Theory; Stewart is a professor in the department of anthropology at the University of Texas at Austin and is the author, most recently, of Ordinary Affects.

Though both authors have extensive bodies of work in politics, anthropology, and literature, their respective works often fall under the umbrella of what is called affect theory. Affect theory has been a key element of literary study for decades, providing a paradigm of critique that influenced much of current scholarship that moves beyond a formalist or structuralist approach to reading texts. For many trained in English literature in particular, affect theory has been a significant hallmark of the discipline.

For its academic ubiquity, however, affect theory remains a tricky thing to pin down. In the introduction to The Affect Theory Reader, editors Melissa Gregg and Gregory J. Seigworth describe “affect” as:

an impingement or extrusion of a momentary or sometimes more sustained state of relation as well as the passage (and the duration of passage) of forces or intensities. That is, affect is found in those intensities that pass body to body (human, nonhuman, part-body, and otherwise), in those resonances that circulate about, between, and sometimes stick to bodies and worlds, and in the very passages and variations between these intensities and resonances themselves.

From this broad definition, the “affect” of affect theory becomes something beyond mere emotions or feelings. Affect is about how things pass from and between things, as well as how these “intensities” can then seep into a space. For example, an old, grubby knick-knack on a shelf can instantly trigger a rush of feeling, perhaps calling to mind who gave you the knick-knack or simply creating in you a sense of familiar assurance. People themselves can have a similar effect on a space—most of us have walked into a room and gotten a sense that the atmosphere is somehow off, that there is animosity or unease floating around. Affect applies to a range of experiences, objects, and people; as a result, we can use the language of affect theory to peel back why and how something impacts our world. Because affect considers effects that are so nebulous, however, it is not something prescriptive. What is important when approaching an object of study, in terms of affect, is remaining open.

The Hundreds is an exploration of various situations—from overheard conversations in diners to the consideration of protein shakes consumed in a week. By design, there is no clear distinction between Berlant and Stewart’s voices, so the book’s pieces blend together. The scenes described are often quite ordinary; although what happens in each leaves a lasting impression, there is nothing over-the-top about them. This focus on the ordinary grows out of Berlant and Stewart’s academic work, both in terms of discovering something stimulating in the banal and in understanding how habitual action and the mundane can itself be traumatic. By paying attention to the ordinary, we can understand something about ourselves, and even about larger societal movements.

The importance of paying attention was showcased in Hua Hsu’s recent article on Berlant published in the New Yorker. Hsu pulled from Berlant’s pre-2016 writings to show how she took stock of the affects in circulation, analyzing why so many were being pulled toward Trump’s rhetoric when much of the academic establishment was fairly confident that Trump posed no real threat to Hillary Clinton’s candidacy. Berlant saw nationalistic sentimentality and a lingering disillusionment when others saw buffoonery. It would be claiming too much to say that Berlant’s background in affect theory alone allowed her to be more prescient than others, but her and Stewart’s openness to what they see in front of them allows for the possibility of greater insight. It is easier to take stock of what is going on in the world when we are not already preprogrammed to expect certain things.

Because of the authors’ focus on openness and possibility, the pieces in The Hundreds do not offer moral explanations, clean resolutions, or obvious lessons. Similarly, spending time counting how many pieces adhere to the self-imposed word-count rule—or not—will not give the reader any additional insight. At the same time, the seemingly arbitrary parameters Berlant and Stewart put in place act out an illuminating thought experiment for the reader. Human beings often have a desire to make sense of unruly or nebulous experiences—people often attempt to cast meaning onto events that can be painfully, frighteningly without meaning. Whether we use religion, philosophy, or our own gut feelings to impose a semblance of meaning, we, too, prescribe an arbitrary form—our own version of the hundreds—onto the things we experience. And it is often when we hold too tightly to our rules that we lose sight of what is in front of us. Rather than believing that there is a mystic numerology behind The Hundreds, it is better to think about the form as a point of departure—a way for Berlant and Stewart to hone in on the scene or image they want to portray. The form keeps the pieces relatively short and sweet, while giving the authors plenty of room to use their creative skills if a scene calls for it.

Interspersed among their descriptions of experiences are reflections on the process of writing. Their metacommentary on writing, even on their approach to writing The Hundreds itself, is some of the best writing in the book. Focusing on specific personal experiences to elicit a universal lesson is a common trope in literature. Yet, there is a tendency for these moments to blow up into something grander than they are. Berlant and Stewart resist, in The Hundreds, aggrandizing and moralizing by presenting the scenes in their pieces along with just a thought or two about what was witnessed. Readers are, as a result, left with a sense that there was an ineffable something in what was just read, but it is up to us to consider what that something was—and how it moved from the page to us.

Like much of literary theory, affect theory has suffered from a bad reputation—it is often considered too dense and impractical for the everyday reader. Often, that accusation is true. The Hundreds, however, offers an opportunity to put theory into practice. The result is a haunting and thought-provoking read that asks readers to slow down and take stock of what is in front of them.