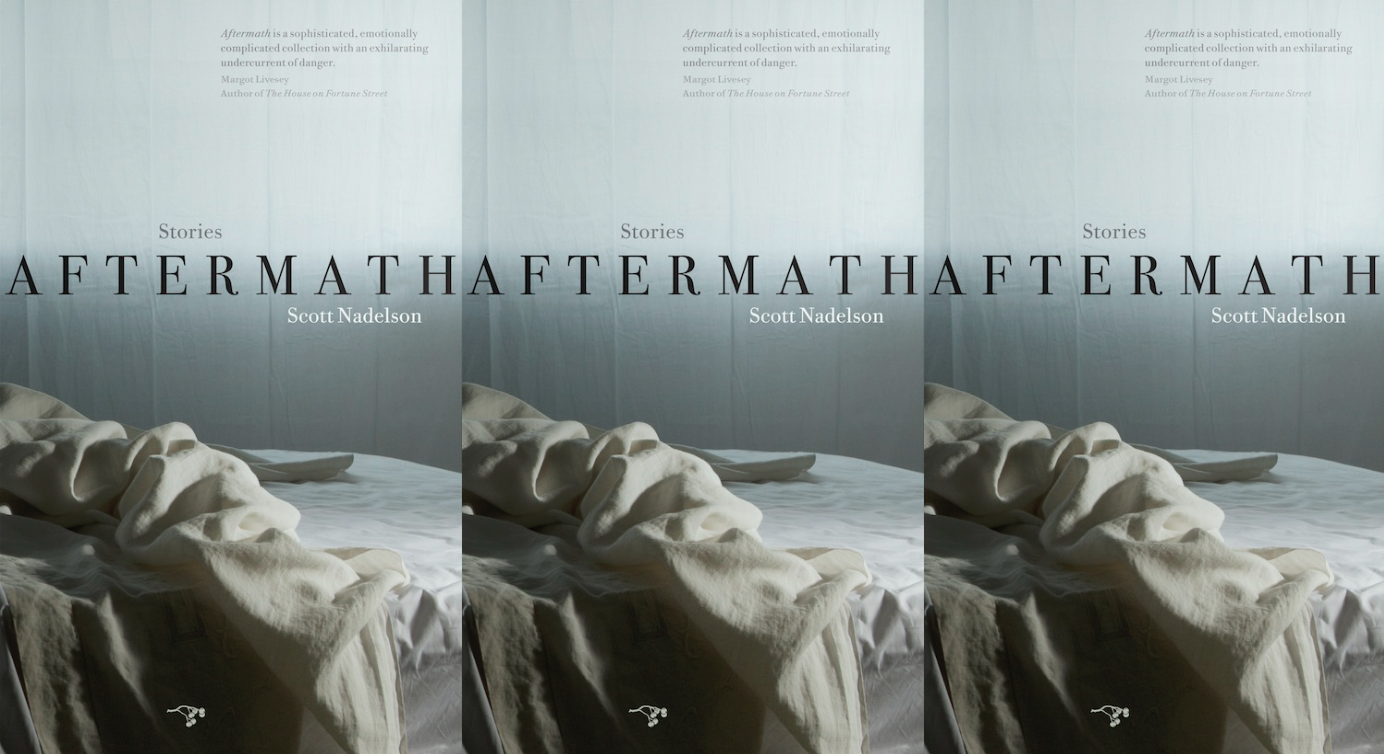 There are days when everything seems unnervingly connected—when every song your iPod shuffles up seems determined to make sense of your current tribulations, when the top story on the evening news mirrors the short story you were reading on the commute home, and when construction detours dredge up old memories. The stories in Scott Nadelson’s latest fiction collection, Aftermath, are like this, too, revelations that seem glaringly obvious when you see them on the page, though you struggled to come to them on your own.In the book’s title story, about a couple enduring a trial separation, we are introduced to the protagonist’s father-in-law, an artist:

Larry Fessler would never get rich from his artwork, but he’d go on making full-room installations—‘aftermaths,’ he called them – in which viewers came upon scenes of unfamiliar rituals, with no explanations, only artifacts.

Nadelson’s stories read like these scenes, a timeline of life’s disappointments that however large or seemingly small, affect our personal levels of cynicism surrounding every event to follow. If Nadelson is Fessler and we are the viewers, his stories are full-room installations worth stepping into.

Even in the book’s opener, “Dolph Schayes’s Broken Arm” (originally published in the Spring 2010 issue of Ploughshares), Nadelson is clear that we are not here to be uplifted. “The summer I first discovered how it feels to suffer in love,” it begins, and immediately, we are invested. In this story, as in the others, Nadelson creates characters so endearingly flawed that regardless of our actual similarities, we relate to each of them. Each page documents our own fears, insecurities, and heartbreaks. Each sentence becomes the moment we first remember hope failing.

Perhaps Nadelson’s greatest accomplishment, however, is that the collection as a whole  is uplifting, despite each story’s individual depression. I’m 27, and female, and Catholic (full disclosure here), but I still see myself in the 20-year-old lovelorn newspaper salesman, the 13-year-old Jewish boy on vacation with his grandparents in Israel, the man on the train passing the building of the woman who’s left him. And this realization—that losses, despite the details, are universal—is somehow a comforting one.

Karen Sikola holds an M.F.A. in Creative Nonfiction from California State University, Fresno. She now lives in Boston, where she works in publishing and conducts the lit-blog TrainWrite. Her writing has appeared in several online journals, including Monkeybicycle, Specter Literary Magazine, and Used Furniture Review.