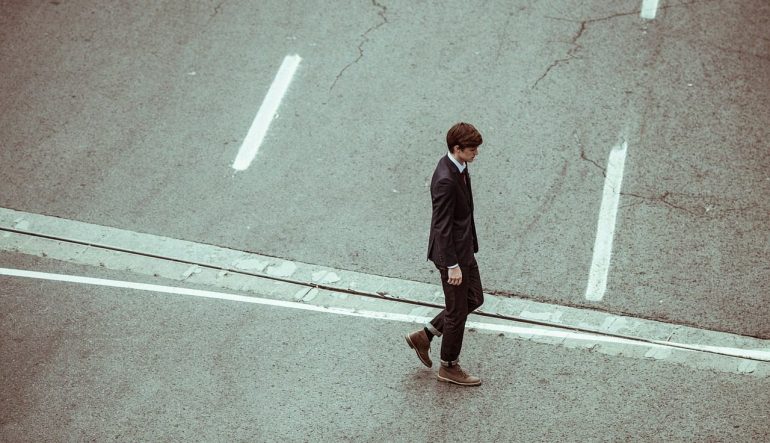 There’s something I like about that “Most Interesting Man in the World” ad campaign for Dos Equis. Firstly, I like it for the shot where we see the man saving a fox from a fox hunt, a mob of hounds and people on his trail while he carries the would-be victim to safety. I have a particular fondness for foxes and a particular dislike for rich a-holes who want to hunt them.

But mostly I like this campaign for what it isn’t about: cool.

“What?” you’re saying to yourself. “It’s all about being cool! Every bro in the world thinks that guy is cool!”

Okay, you’re probably right. But if this guy is cool, then he is a different brand of cool than what I’m talking about. Moving through my adolescence, “cool” always meant a sort of detachment, an aloofness. It was an ironic outlook on the world that kept that world at arm’s length.

I think that had this Dos Equis campaign developed a decade or decade-and-a-half ago, he might have been the “Coolest Man in the World.” But he isn’t. He’s the most interesting. And I wonder if that means something is changing—for the better.

Here’s what I mean: I have a fifteen-year-old cousin, and she is really into “Dr. Who.” In fact, most of her circle of friends is really into the good doctor. Also “Sherlock.” And “Buffy.” And on and on. They trade memes about these programs on Facebook. They wear t-shirts depicting the characters. They openly talk about which characters they’re currently crushing on. You get the picture.

Or do you? See, the thing is, my cousin and her friends are popular. They are not “weird,” not outcasts, not particularly picked on or made fun of. They regularly “geek out” about the uncoolest of things, and yet they are well accepted in their larger social world.

It could be that high school is still shackled with a caste system that raises the apathetic and dickishly aloof to the top of the heap—in fact, I’m fairly certain this is the case. But the fact that young people like my cousin and her friends can be relatively popular while still unashamedly wearing their passions (and for sci-fi, no less! British sci-fi!) on their sleeves gives me hope.

So what does this all have to do with writing?

Much blame for the lack of connection between individuals and the rest of the oh-so-modern word has been placed squarely on irony. But let’s be clear: irony is a good thing. Or rather, it can be. It is a tool, nothing more, and without it we would lose much of the humor and suspense we value in storytelling. But the misuse of irony has sapped some of us of the ability to feel passion.

Wonderful, healthy use of irony is like that marbled mold in a good hunk of blue cheese. It’s delicious and makes life better. The way too many of us use irony, though, is like the green fuzzy mold covering that cheese after its been left out for three weeks. It’ll have you retching on the bathroom floor for days. Both are molds, but with very different effects when ingested.

A quick story: a few years ago at the AWP conference I attended an off-site poetry reading that has haunted me ever since. It was one of those typical AWP readings with far too many writers, each trying to squeeze his or her work into the allotted too-few minutes. Many of us have been to these readings; many of us have been the readers. They’re nothing new.

What struck me about this particular event, though, and what I haven’t been able to shake, was the tone of the majority of the readers’s work. It winked and shrugged, tried to tempt me into laughter, but never made any attempt to impact me in any lasting way. It was as if the very fact of a poem was somehow so embarrassing that everyone needed to implicitly apologize for having written it in the first place.

There was an exception, though. One poet took the mic and announced that he would begin with his “one funny poem.” And it was serviceably humorous. Then, in a sheepish tone that spoke to the awkwardness of the transition, he said, “Ok, now I’m going to read a poem about my dead brother.” And in the brief moment between these words and his reading of the poem (which was devastating and beautiful and true and weighty), there was a laugh from the crowd, an unnaturally loud guffaw from a person who wanted that guffaw to be heard, who wanted the rest of the crowd to know he got the joke.

And I thought to myself (and have been unable to stop thinking ever since): has it come to this? Have we moved beyond the ability to be moved? Must we strip poems and stories and essays of all beauty and vulnerability for fear of appearing, for even an ever-so-brief moment, earnest?

It isn’t only poets I’m talking about. How many more readings can we attend where the gorgeous, epic, heartbreaking nature of storytelling is time and again undercut by our inability to take anything seriously? I’ve seen and heard far too much work (as an editor and as a general reader) that lacked any passion whatsoever, too many fiction writers more interested in making their friends at the back of the room chuckle at the brazen dullness of their prose.

Can we not for a moment allow ourselves to bask unironically in the transformative light of literature?

I’m not here to simply grump about the state of contemporary literature. This is my final post here on the Ploughshares blog and I would be angry at myself if I allowed my crankiness to have the final word. No: I am here to implore you—and I am without a doubt speaking to myself here, too—to own your passions.

Make it funny or heartbreaking or, perhaps preferably, both. Make it angry and silly and sexy and terrifying.

But don’t be embarrassed by it. Don’t wink.

Let your characters invest themselves in the world. Let them love something and be experts in it. I’m not talking about an info dump, and I’m certainly not talking about Sorkin-esque “mansplaining.” What I’m talking about here is enthusiasm! Let them be human, with all the weird obsessions that come along with that distinction.

Don’t be cool. Be interesting.