Home
»
Critical Essays
»
Alexandra Kleeman and the Poetics of Weather 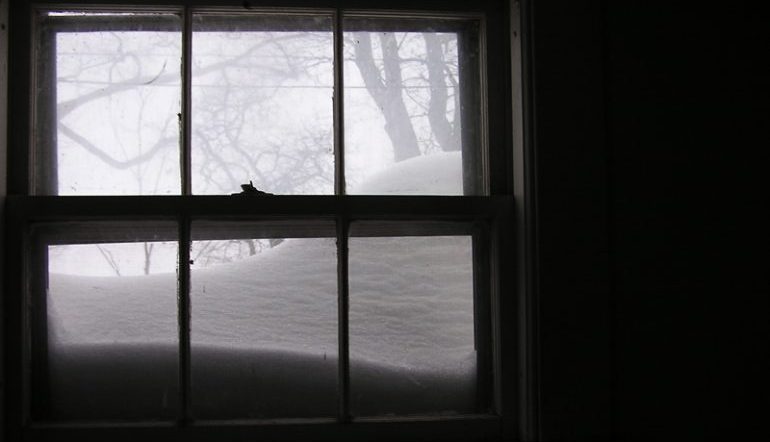 There must be something interesting about the weather. It’s the universal conversation topic: the first thing that strangers tend to share their thoughts about, as if needing to confirm that they inhabit the same world before pursuing the possibility of real communication. Meanwhile, in literature, the weather is often considered a device of the obvious, an overused filter for setting a mood. Weather has a way of quietly taking up more space than it might deserve.

But there’s much more to fictional weatherscapes than the tonal work that lies on the surface. Weather presents a fundamental aspect of narrative that, by definition, lies outside of the realm of agency. Even in a story that is “character-driven,” there must always be a balance of individual free will exerted from within and uncontrollable circumstances imposed from without. In Alexandra Kleeman’s 2016 collection Intimations, the story “A Brief History of Weather” uses weather and shelter to produce a new kind of tension between internal and external worlds.

The first section begins with a father bringing a suitcase full of snow into his house and opening it up to show his family (the unnamed speaker here is the daughter): “[…] all the snow glaring back the lamps and shaming our house with the brilliance of things that belong outside it.” This lingering image—an element of the exterior world borne into an interior world—sets the stage for a complicated exploration of interiority and exteriority, and of what it means to be sheltered, or to be a shelter.

The idea of shelter quickly becomes central to the story, as this family’s house is one of the only consistent narrative elements from one section to the next. The lives of the family members seem to revolve around a goal of making the house “free from weather,” a grand experiment in the art of containment. This house often fits into the conceit of the house-as-body, a set of discriminating boundaries tasked with keeping certain things in and certain things out. In this passage, a door or orifice in a shelter or body is redefined as a “flaw”:

Air enters the flaw of a body and presses through into ever-deeper regions traveling from oral reservoir to tracheal passageway to the lungs, which resemble small rooms.

Here, the house and the body appear as reciprocal symbols, each highlighting the vessel-like nature of the other. If the opening where the outside world can enter is a flaw rather than a feature, then the idea of containment shifts toward a model of categorical purity, where the “outside” and “inside” are treated as entities that would taint each other if they mix. This dialectic appears even more viscerally in another passage, where Kleeman explores how the act of speaking necessarily interacts with air:

In motion his mouth laps at the air, takes into it the world we have been presented with and passes it out again, deformed. Pressed against tongue, teeth, the sounds fall out marked by indentations from human molars.

What does it mean for air to become “deformed” by a mouth, when it is already without form? In this image, language itself emerges as a corruption of the environment that it enters. It is a thing of the world of interiority—a thought, a meaning—imposing itself upon the exterior; in other words, it is the opposite of weather.

Kleeman closes the story with “a day without weather,” where the family at last walks away from the house:

There is no wind, there is no water. There is light. There is no sense that something in the sky will heave or change color. The only air that moves is air we push from our lungs.

By ending on this image where the inside world of bodies can shape the outside world of the air, Kleeman achieves a unique sort of thematic resolution where the human body exerts agency upon the exterior world instead of the other way around. The analogy of house and body breaks down when the body is no longer like a house, which is to say, no longer defined by its boundaries and passageways. Instead, the body can be an active, productive force that radiates away from its own boundaries.

In this way, selfhood emerges as an inside-out reversal of shelter-hood. These characters will never be able to control the weather, but the agency within them still has the potential to reach outwards.