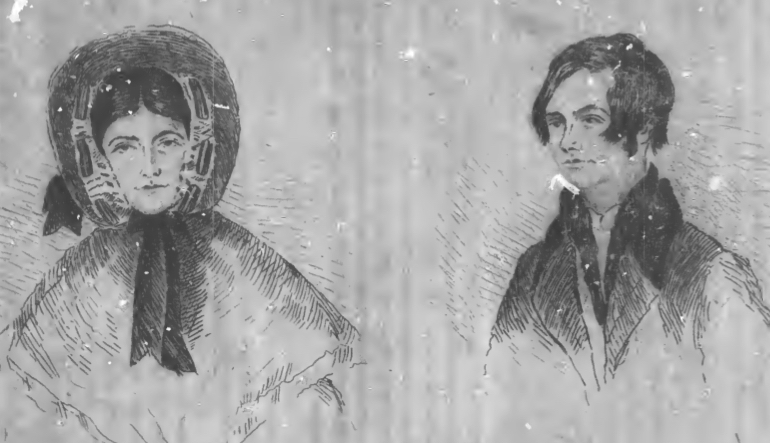 “I think of all the things that have been written about me,” Grace Marks says in the opening scene of Netflix’s new Alias Grace, a six-episode adaptation of Margaret Atwood’s eponymous 1996 novel. “That I am an inhuman female demon, that I am an innocent victim of a blackguard, forced against my will and in danger of my own life.” She studies herself in a mirror, tilting her head to one side and then another as she catalogs her given characteristics:

That I was too ignorant to know how to act, and that to hang me would be judicial murder, that I am well and decently dressed, that I robbed a dead woman to appear so, that I am of sullen disposition with a quarrelsome temper, that I have the appearance of a person rather above my humble station, that I am a good girl with a pliable nature and no harm is told of me, that I am cunning and devious, that I am soft in the head and little better than an idiot. And I wonder, how can I be all these different things at once?

Based on actual events, Atwood’s book culls newspaper clips, court documents, and other primary sources to imagine a narrative that simultaneously challenges and responds to this question of Grace’s variegated identity. In writer and producer Sarah Polley’s adaptation, this narrative becomes a brutal, hushed study in the effects of subjugation. How does a woman protect her personal truth from those so determined to rewrite it?

Alias Grace begins in Ontario, Canada in 1859, sixteen years after the double murder of Thomas Kinnear and his housekeeper-turned lover, Nancy Montgomery. James McDermott and a teenaged Grace, both Irish immigrants and servants of Kinnear, were convicted of his murder. While James was hanged for the crime, Grace received a life sentence. Now she spends her days working in the home of the prison’s governor. Meanwhile, a local committee—headed by the governor’s wife, her Spiritualist friend, and a Methodist clergyman—believes she is innocent and works to get her pardoned. Grace’s inability to remember key details about the murder as well as her subsequent “fits” have them convinced that she is “hysterical” instead of criminal.

As part of this effort, the committee has hired an unconventional American doctor named Simon Jordan to write a letter about the prisoner’s condition to the Canadian government. “I am a doctor who works not with bodies, but with minds,” Dr. Jordan tells Grace when they first meet, “Diseases of the mind and the brain and the nerves.” Through his methodical attempts to evoke her memory, the reader comes to understand not only the trauma Grace has experienced, but also the trauma of other women in her world. All at the hands of men in positions of power.

Together these narratives, much like the conflicting things written about Grace, depict the socio-political factors that constantly revise female experience. “To be a woman in that time, or any time, there are parts of your personality and responses to things that you’re expected to suppress,” Polley explained in a recent interview with Canadian journalist Katrina Onstad. “So what happens to all that energy and all that anger? What do you do with powerlessness?”

In this way, it almost seems like Polley shares Dr. Jordan’s commitment to—or obsession with—understanding Grace’s mind. In fact, the 38-year-old Canadian actress, screenwriter, and director actually sent Margaret Atwood a letter about adapting Alias Grace over 20 years ago. And she bought the movie rights as soon as they became available in 2012. “The idea of having more than one identity, the face you show to the world and the face that’s deep within, captivated me,” she explained to Onstad.

In the first episode, for example, Grace describes life with her abusive father and her family’s trip across the Atlantic, the ship like “a slum in motion.” At one point, all four of her siblings were lined up on the deck, and she considered pushing one or two of them into the water. “Then there would not be so many to feed, nor so many clothes to wash,” she admits to Dr. Jordan. “I thought maybe I could spare them this life with this man.” Grace’s ambiguous retellings as well as her flashbacks, which we see again and again without any explanation, force the viewer to confront the equivocal and consider the complexity of culpability.

Infamous in Canada as well as the United States and Britain, the real Grace Marks was no less polarizing. “Was Grace a female fiend and temptress, the instigator of the crime and the real murderer of Nancy Montgomery,” writes Atwood in the novel’s afterword, “or was she an unwilling victim?” While she goes on to conclude that these questions reflected 19th-century “ambiguity about the nature of women,” they also, in Polley’s timely adaptation, illustrate the ever-present risks women take in telling their own stories. “I have already been judged,” Grace remarks in one of her early conversations with Dr. Jordan. “Rightly or wrongly does not matter.”