Home
»
Critical Essays
»
All That Remains: The Lasting Images of a William Trevor Story 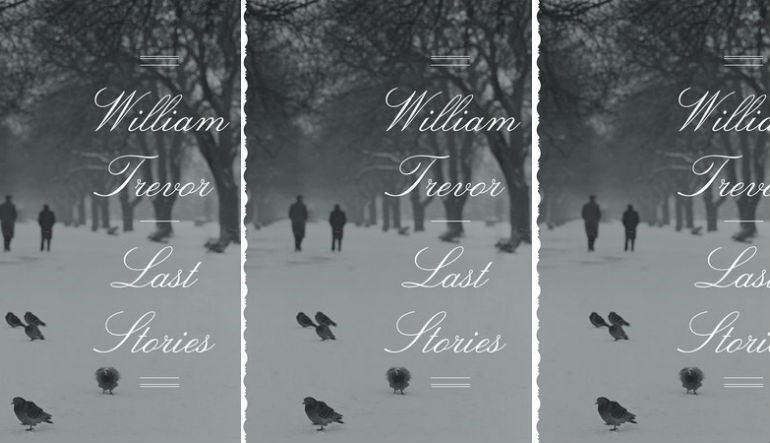 I began reading William Trevor in The New Yorker, in the early 1990’s. Looking back on some of those stories—“A Day,” “After Rain,” “The Piano Tuner’s Wives”—I realize that I remember the stories in fragments. Images have stayed with me. The food that Mrs. Lethwes leaves in her kitchen in “A Day”: “On the mottled workshop in the kitchen the meat is where Mrs. Lethwes left it, the fat partly cut away, the knife still separating it from one of the chops.” The “enormous silvery bird with bits of colored glass” on the table in “The Piano Tuner’s Wives.” The pensione’s crowded dining room in “After Rain” where “solitary diners are fitted in around the walls.”

Characters are also vivid, both their physical presence and their tendencies. Mrs. Lethwes as she weeds her garden, worrying that “the little heart-leafed things she’s cleaning from among the delphiniums are not the germination of seeds that Mr. Yatt has sown, a misfortune that occurred last year with his Welsh poppies.” In “After Rain,” Harriett is “angular and thin, her dark hair cut short, her long face strikingly like the sharply chiseled faces of Modigliani, a month ago she passed out of her twenties.” But the plots, for me, are never clear when I begin to reread. I can’t quite remember how the story is going to twist and turn, how we will get from the start to the end, how Trevor will accomplish his classic reversal ending.

This makes rereading his work a pleasure because the narrative arc is often a little fuzzy. It’s a bit like visiting with old friends, people that you knew once, but that you don’t really know how their lives have passed. Oh, Emily, I remember with a flash, when I begin to reread “Sitting with the Dead.” Her husband’s just died, and somebody’s come to visit. I remember how I feel about her even if I can’t remember the intricacies of the plot. Trevor’s characters stay with me because they’re so fully realized. He said, “Each character is somebody that I know very well—as well as I know myself.” Rereading a Trevor story becomes somewhat like driving through a town that has familiar signposts—there’s that tailor’s shop, there’s the movie theater, there’s the gas station—but one where you can’t quite find your way from here to there.

While some of this lost memory is undoubtedly due to the passing of time and my aging brain, much of it, I think, is due to the way that Trevor writes and constructs his short stories. In 1989, Trevor was interviewed by The Paris Review, and in that interview he provided his classic definition of a short story:

If the novel is like an intricate Renaissance painting, the short story is an impressionist painting. It should be an explosion of truth. Its strength lies in what it leaves out just as much as what it puts in, if not more. It is concerned with the total exclusion of meaninglessness. Life, on the other hand, is meaningless most of the time. The novel imitates life, where the short story is bony, and cannot wander. It is essential art.

Trevor began his working life as a sculptor and then moved to the world of advertising. While there, he began writing and publishing his fiction. While he usually insisted that the worlds of visual art and writing were separate, there is no doubt in this definition that these two worlds collided for him in a meaningful way. I tend to think of each of his stories as a piece of art as well: a small sculpture, one that has been carved and chiseled, allowing the important bits to stand in relief. Or a tiny impressionist painting, where your heart is as engaged as your brain.

As I’ve read through a number of Trevor’s stories over the past few months—old favorites as well as stories that were new to me—I’ve noted a few characteristics that appear in much of his short fiction. It is these attributes, I think, which allow him to produce these “explosions of truth” that stay with us, much in the way that we remember our own pasts.

Trevor almost always describes a character early in the story, using only a sentence or two, but getting at the essence of the character in a way that feels intimate and true. The descriptions are highly visual, often focusing on the face, but always gesturing towards characterization. In “The Hill Bachelors,” the son returning to his family home is described as follows: “He was a dark-haired young man of twenty-nine, slightly made, pink cheeks and a certain chubbiness about his features giving him a genial, easygoing air.” In “The Dressmaker’s Child,” a woman who comes to haunt the protagonist is “small and wiry with dark inquisitive eyes and a twist in her features that make them less appealing than they might have been.”

And even though he’s often writing about similar types of people, each character is fully realized and separate from the character in the story before and the one that follows. As each story progresses, of course, we become more intimate with the characters, every thought and action expanding our sense of who the character is. But by providing us with a discrete image early on, Trevor fixes the character in our visual memory.

One of the ways in which Trevor teaches us more about each character—characters who are often lonely and alone—is to allow the character’s thoughts to move into their imagination, as they see their life unfurl in a way that it never does in the narrative. Often, this friction between the imagined and the real is at the heart of the story. But where the mind takes us tells us so much about the character, as they create their own narratives. They imagine, they wonder, they think. In “An Evening Out,” things are not going as planned for Jeffrey, out on a date, of sorts, with a woman:

He thought of picking up a glass and throwing it at the upside-down bottles behind the bar, someone’s leftover slice of lemon flying through the air, glass splintering into the ashtrays and the ice-bucket, all that extra for them to clean up afterwards. He thought of walking away without another word, leaving the woman to make her peace with the pair behind the bar.

Of course, Jeffrey doesn’t do either of these things. He stays. But our insight into where his mind is, as he considers the actions that he longs to take, tells us of his frustrations. And the distance between what he wants to do and what he does shows us who he is.

The characters also move easily and quickly to the past in their thoughts, where there is often a secret or a source of pain. For me, this is the classic Trevor move, one that so few other authors are able to do as well. In “August Saturday,” a woman, at a dinner party in a tennis club, is confronted by a man from her past: “That August Saturday in 1972 he’d come to the tennis club on his bicycle, in whites he had borrowed at the house where he was staying, a racquet tied with string to the crossbar.” She dips in and out of her memories of him, always referring to “that Saturday,” until we learn the full story of what happened then and how it’s come to bear on the present. These segues work so seamlessly because they operate just as our memories do: picking up on images and places, fixed things that bring up the past. “It was in the foyer of the Rembrandt Cinema that he said he didn’t think their love affair was working,” Harriet remembers in “After Rain.” We always remember where we were, after all, when our lives take their sudden and important turns.

Trevor’s narrators became more omniscient over time. While there are some first first-person narrators in his earlier works, his later stories often feature narrators who move into different points of view with ease. This allows Trevor to provide us with both the visual snapshots, early in the story, and the deep interiority, taking us into the imaginative world, and moving from the present moment into the past and back again. One senses the always-wise Trevor becoming even wiser as he aged. For me, “A Day,” published when he was 65sixty-five, shows Trevor at the height of his powers. “The Piano Tuner’s Wives,” published two years later, tells the story of a blind man whose wife shows him the world. Trevor explains these story worlds to us in much the same manner.

Trevor’s final collection, Last Stories, was released posthumously this week. In these ten stories, he continues to construct his fiction as mentioned here, although the stories feel a little looser, slightly less controlled. They’re more fragmentary in nature, white space breaking up the narrative, an increased emphasis, perhaps, on “what it leaves out.” The past—always a pressure—seems in these final stories to take up a bit more space. The gaze is rarely forward but always harking back.

It is wonderful to have all his stories available to us, to read and reread, to remember images and moments and characters almost as if they are memories from our own lives. In “An Idyll in Winter,” from the final collection, a young girl falls in love with her tutor who comes to stay for the summer. “It made her sad that the summer had to end. He said it never would, because remembering wouldn’t let it.”