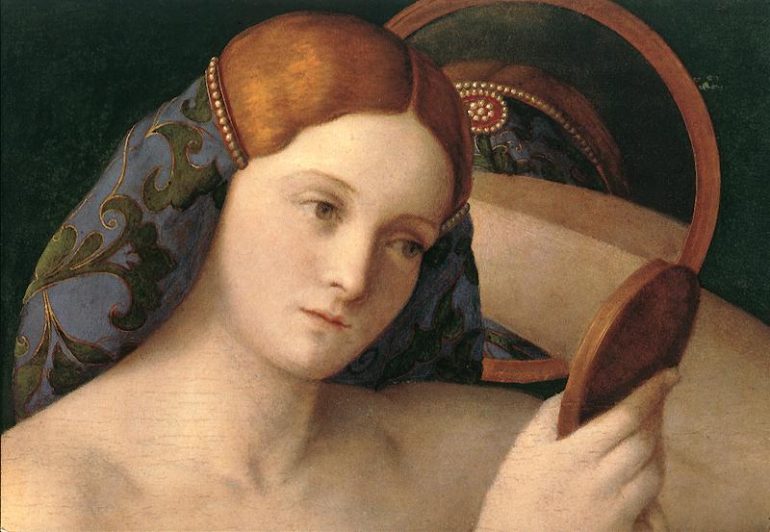 Ekphrasis, the verbal representation of a visual object, is a concept that, at its heart, revolves around desire and anxiety: the desire to give voice to silent objects and the anxiety that this desire might be possible. An ekphrastic moment, particularly in a novel, can look like description, but it differentiates itself in the tension that exists between the fixed and still image of the object and the narrative momentum of language; the ekphrasis stills the movement of the narrative in order to give the visual object a voice. Reading with an eye for ekphrasis, therefore, is reading for moments of productive trouble, spaces in the text where the verbal and the visual clash, each vying for control over a story’s narrative; and it is in these moments of contact where the sublimated desires and anxieties of the characters or narratives often make themselves known.

Ekphrasis figures prominently in two of Allegra Goodman’s novels: Kaaterskill Falls (1998) and The Chalk Artist (2017). In Kaaterskill Falls, the act of viewing the Thomas Cole painting of the same name inspires an Orthodox Jewish woman to expand the parameters of her community, creating a bridge between her religious life and the secular community she inhabits. The Chalk Artist uses ephemeral chalk paintings and the heightened world of virtual reality to grapple with questions of representation, truth, and human connection. The ekphrastic moments in both novels draw on the desire and anxiety inherent in ekphrasis as well the need to move both inward and outward, to examine more deeply questions of individuality, community, and artistic representation.

In Kaaterskill Falls, the Kirshners, an Orthodox Jewish community led by Rav Elijah Kirshner, leave New York City every summer for the Hudson Valley town of Kaaterskill. The book’s main character, Elizabeth Shulman, is one of Rav Kirshner’s followers. She arrives in Kaaterskill restless and eager: “Elizabeth wants to do something. She feels pangs of impatience, and at night after the long sunsets, she can’t sleep. She lies in bed with her pile of books, words floating around her, the pollen of other people’s dreams.” She knows she wants to do something, but her desires are abstract or unsatisfying. She resolves to go swimming every morning, thinking physical activity might satisfy her, but this plan is quickly thwarted when she trespasses on private property. An avid reader, Elizabeth thinks maybe she could write; she quickly dismisses the idea, though, because “she’s not that sort; she reads too seriously. She couldn’t separate her own words from the books humming in her head.” The ekphrastic moment in the novel arrives by way of Thomas Cole’s painting Kaaterskill Falls two days after her failed attempt at swimming:

Cole’s trees are straining upward toward the clouds, leaves just turning—burnt orange and gold mixed with green. Elizabeth would have dismissed the whole thing as overblown, clichéd, except that she’s been there so many times…

She’s seen the falls streaming down and the enormous smoke-blue sky, the wild mountains. The unabashed, romantic colors are right. It’s worth the whole exhibit to see this painting. Knowing the site as she does, she realizes Cole’s integrity, and now, among the exhibit’s many paintings, this particular landscape seems to mark the truth in all the others.

Because Elizabeth knows Kaaterskill Falls, she recognizes and believes in the truthfulness of Cole’s artistic representation; because of this truthfulness in representation, she is moved to also create something that is a truthful representation of her desires. While the books she reads pollinate her mind with other people’s ideas, the Cole painting, a truthful visual representation that exists outside the influence of language, allows her to voice her own desires: “Elizabeth looks intently at the painting, that brilliant piece of the world, and gazing at the color and the light of it she feels the desire, as intense as prayer. I want—she thinks, and then it comes to her simply, with all the force of her pragmatic soul—I want to open a store.” The simultaneous outward and inward movement inherent in all ekphrasis is vital to Elizabeth’s experience of the painting; she connects so deeply to the painting because of her own experiences and it is this inward connection that compels her connect with others. Elizabeth does open a kosher grocery store in Kaaterskill and in doing so expands the parameters of her community.

The Chalk Artist also uses an ekphrastic moment to examine the ability of the visual to voice desires that language is unable to articulate. One of the main characters of the novel is Collin James, an artist whose preferred medium is chalk. Collin is not interested in permanence or truthful representation but rather in the artistic impulse itself. Whether drawing on chalkboards or on sidewalks, Collin is unsentimental about his art, eagerly erasing it and starting again. He says to his girlfriend, Nina, “I have nothing to say. I like to draw. That’s all,” but he is being disingenuous as he has used intimate drawings of Nina to express how he feels about her; when Collin draws Nina, she feels she is genuinely being seen by him. When Collin begins working as an concept artist at Arkadia, a virtual reality gaming company, however, it is not the process that is important but the product. Peter Lazare, Collin’s boss and Nina’s uncle, is interested not in truthful representation of reality but in heightened reality. Peter’s advice to Collin about his work at Arkadia is: “Don’t rely on cliches.” As Collin begins to improve at designing for virtual reality, his personal artistic impulses and his moral compass go into hibernation.

Though the book is filled with many descriptive moments that could be considered ekphrastic—the digital designs Collin draws for Arkadia or his chalk art creations—the significant ekphrastic moment in The Chalk Artist comes late in the novel when Collin moves away from the virtual reality of Arkadia and back to chalk. Having betrayed Nina by sketching Daphne, one of his coworkers, in the intimate ways he once sketched her, and then lying about it when Nina confronts him, Collin attempts to apologize with a chalk painting in her classroom:

Her double boards had been transformed. Black no longer, they had changed into a pair of landscapes—two views of the Eliot Bridge over the Charles, one in winter, one in summer. The winter river shimmered white. Snow outlined the bridge, bare bushes, and park benches on the icy bank. The world was cold, sky pale, with just a hint of red suggesting the early setting sun. Next to this winter scene, the summer river showed the same bridge and trees, but here the water dances under a bright sky. The bridge was ruddy, the bank thick with grass and tender leaves.

This straightforward ekphrasis is a transformational moment. Collin is trying to extricate himself from the toxic virtual reality of Arkadia, from the idea that “more than” reality is better than reality; to do that, he is drawing himself back into the life he and Nina once had together. This moment is startling in its simplicity. The language is direct—the reader can easily gauge what they are looking at and from what perspective, inserting themselves into the place between language and object in order to develop a greater understanding of the painting. When Nina erases the painting, it is poignant because Collin’s gesture was more than romantic—it was a demonstration of Collin trying to connect with a more authentic life than the life he had built for himself at Arkadia.

Simon Cheeke states, in his book, Writing for Art: The Aesthetics of Ekphrasis:

In a literal sense, the impossibility of ekphrasis—the doom of an ultimate and inevitable failure, the absurdity or unnaturalness in writing a poem for a painting—seems obvious to all who approach the task and yet this understanding has not acted as a deterrent at all…writing for art thrives under the knowledge of failure, indeed seems to spurred on by the certainty that there is something hopeless in what it is attempting to do.

Perhaps, ultimately, it is this knowledge of impossibility and the courage to attempt the impossible anyway that is at the heart of every instance of ekphrasis. By including ekphrastic moments in Kaaterskill Falls and The Chalk Artist, Goodman draws on the courage that goes hand-in-hand with ekphrastic impossibility. Elizabeth Shulman opens a grocery store despite opposition from her religious community. Ultimately, the store closes and Elizabeth’s heart is broken: “The Rav has taken her store away from her. He has decided to take it away. And there is no recourse for her.” But the failed attempt opens Elizabeth up to other possibilities: at the end of the novel, she is working as a bookkeeper at her local grocery store in New York City. At the beginning of The Chalk Artist, Collin James only cares about, as an ex-girlfriend tells him, “the beginning and the end. You can never be in the middle; you can never actually be with someone or learn something or get something done because you’re always starting and then leaving.” He was interested in process whether making art or flirtatiously pursuing a crush. At Arkadia he tries to settle into a career but it is a failed experiment; by the end of the novel, Collin discovers what is important to him: ownership over his art, that he once easily destroyed, and authentic personal relationships.