Home
»
Writing
»
America RePunked: A Vision of the Next Four Years in Art 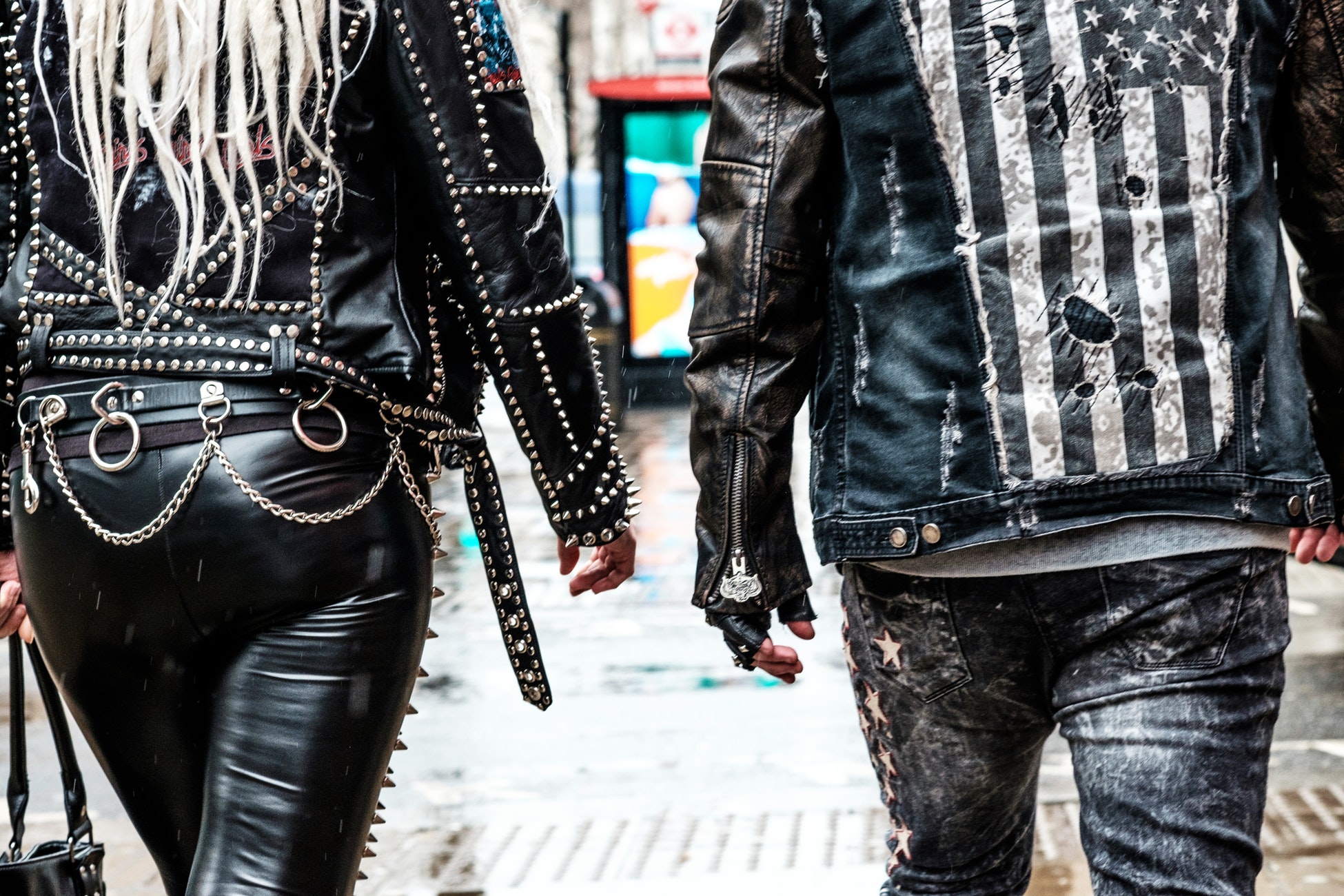 I’ll start this post by admitting that even after writing it, I still have more questions than answers. But I like that, for it has to do with what is to come, which always has to do with having more questions than answers. But I begin by asking: Is the anti-establishment nature of the punk ethos going to make its second coming in our art over the next four years? Some say not, and to them, I have questions I am not allowed to ask here. But to those who even desire entertaining the notion, the real question: What does punk mean anymore?

When punks were pounding their fists in the air and moshing in dive bars covered in cheap beer for the first time, there was more going on than the sweet release of pent-up anger and frustration. The disenfranchised, the freaks and geeks, the abandoned, the overly critical, the just-different’s, the unusual, the fray of the status-quo, all of the in-betweens were realizing together at the same time in the same place that they had a platform to mobilize with political interest through art together. Punk can and should be performed by anyone with something to say – talent optional, passion essential. Simple and cheap with low demand in quality but high demand in intent, punk is the everyperson’s country to speak freely, a truly democratic art form with an equal playing field.

Which bears asking: Why all the white guys?

As a white guy myself (one who has even performed in a couple punk groups), the white male has completely dominated punk’s birth and, frankly, most of its life, and I take full blame into being vastly un-phased by that until somewhat recently. Of the many things that have woke me up, one includes Will Hermes’s musical historiography Love Goes to Buildings on Fire, 306 pages covering New York City’s music landscape between 1973 and 1977, including, amongst various things, punk’s rise into the realm of popular art. I need not to repeat the importance of groups like The Ramones, Sex Pistols, The Clash, etc. here, and how they brought the ethos of punk to light. To get an idea of CBGB’s early days, Hermes writes:

Together [the band Suicide] made chaos using microphone feedback and a fifty-dollar electronic keyboard. Vega, dressed in studded leather, stalked the stage like a combination of animal trainer and animal, swinging a motorcycle chain like a whip, cutting his face with a switchblade just to freak people out.

And so it goes that those days seem to be well behind us, at least as far as Joe Corre, son of the Sex Pistols manager Vivienne Westwood, stated by burning of nearly seven million dollars-worth of punk memorabilia. But I ask Mr. Corre what’s the more anti-establishment move: nihilistically burning property to make a statement about how punk can no longer be wielded against the system, or selling the products and generously funneling the proceeds into providing local platforms for artists to communicate and connect with one another over their displeasures of the system directly under said establishment’s nose?

This brings me to one conclusion that might get me stomped upon, which is to say that I find punk in far too many forms and genres that I can list here, still including screeching guitars and out-of-tune voices, but also including, for example, hip hop artists and slam poets. Punk, to me, has been seasoned and cooking for years now, and is soon to burst out of the oven. And no, it’s not Nixon’s punk, but we’re not Nixon’s victims.

And I get it, old angry white guys, you feel like your culture is being appropriated – welcome to being a displeased American desiring to express themselves through art! Almost said “welcome to being a minority,” but you’re not. Punk can’t be for anyone and never was meant for anyone if it can’t be for those who need it most now. There are a variety of ways to mobilize the disenfranchised through art, but lives are being directly threatened now more than ever for many Americans, and the direct, aggressive approach punk offers not only feels needed for them, it feels necessary.

Why hip hop, you ask? Allow me to quote Imani Perry’s Prophets of the Hood: Politics and Poetics in Hip Hop:

Hip hop is situationally black, that is to say that the role it occupies in our society is black both in terms of its relationship to other segments of the black community and of its relationship to the larger white segment of the country and of the “global village”; it is that strange blend of voices of resistance and otherness marketed through the channels of American imperialism; it is the space where the passion and anxiety of adolescence are all engaged through the consumption of black music.

“That strange blend of voices of resistance and otherness” could not define punk better. I understand being a victim of a shitty economy and cringing at the policies your government-elect is planning to put into place and feeling terrified for your neighbors and your loved ones, and how exerting yourself through loud, fast-paced, aggressive music can be a healthy, productive means of achieving some sense of…I dunno, stability I guess, or maybe validation, call it what you will. But if that’s okay for me to do as a white guy and call it punk, why isn’t it also punk for Vic Mensa to stop his nationally televised performance and make this statement on the day before the general election:

I’m a young black man from Chicago and I’m tired of not being able to trust the police. I wanna have faith in the men and women sworn to protect me. I don’t wanna see another 17 year old kid like Laquan McDonald murdered in the street. So when I hear a candidate talking about ‘law and order’ and ‘stop and frisk’ is the answer to our problems, you don’t know our problems in Chicago, and you damn sure don’t speak for us.

…or Theresa Davis’s statement to politicians on why her body is not theirs to claim:

My body is not yours to pump, lobby, or legislate. There are no campaign funds tucked in my moccasins or in the folds of my flesh, and the last time I checked, there was no ATM in my vagina.

And I’m not entirely sold that songs with more than three chords or art that uses materials other than spray paint or literature that doesn’t swear enough are the reasons punk is dead – why should we have to restrict ourselves to those standards when we’re capable of greater complexities, especially when it doesn’t eliminate the power of those previous forms, if anything, contextualizes them as foundational to our current forms? With the discussions of fake news, Russian hacking, false information, political platforms run on lies, victories won under a thick disguise, it is seemingly more difficult than ever to distinguish what to believe and what not to believe. “Post-truth America” poses a direct threat not only to the lives of anyone of every minority, but everyone who feels their conscience is threatened by the looming system to be put in place. Relating as much as many of us are right now to Truman Burbank in The Truman Show never seemed like it would feel this real, but then again, maybe that was just something people said in a time before a literal TV reality star became the president-elect.

I don’t think this answers the initial question: What is punk anymore? And I think it would be privileged to be hopeful of some sort of “punk golden age” as a result of a very real situation for those less privileged than I am – as Jason Heller writes, “That might not make for a golden age of punk. Then again, unless you’re a bigot or a tycoon, the next four years won’t be the golden age of jack shit.” But if there’s a time to find an answer, it’s now, which is why I call on all fellow writers, musicians, poets, artists, filmmakers, artists, photographers, screenplay writers, editors, readers, concert goers, art lovers of any form to have their hands ready to get dirty.

Tags:Imani Perry, Jason Heller, Love Goes to Buildings on Fire, Prophets of the Hood, Will Hermes