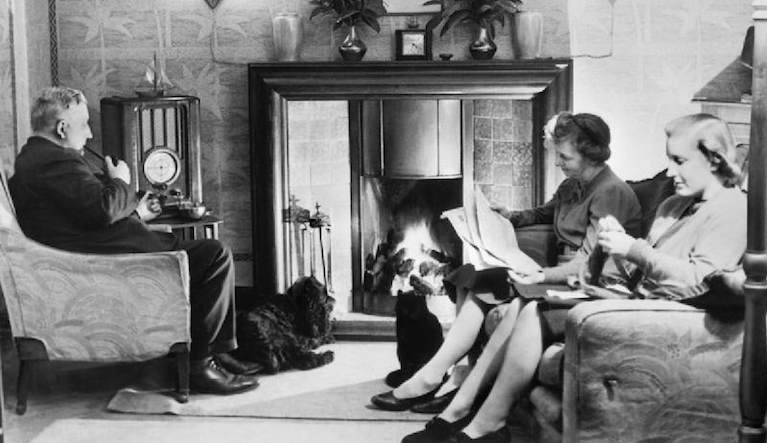 I can’t resist impossibilities in fiction. Of course, a story’s fabulism is no guarantee I’m going to love that story in the end—but if a first line promises me a new world, I’m going to keep reading. “The man went to the pet store to buy himself a little man to keep him company.” (Aimee Bender’s “End of the Line.”) “Cats went in and out of the witch’s house all day long.” (Kelly Link’s “Catskin.”) “‘Drip on?’ Abnesti said over the P.A.” (George Saunders’ “Escape from Spiderhead.”) In each of these cases I’m hooked, because I know I’m going to get to go somewhere only the story can take me.

One of the most instructive fabulist stories I know, though, doesn’t begin this way at all. The opening of John Cheever’s “The Enormous Radio” strikes me as deliberately un-magical—insistently, heavy-handedly mundane:

Jim and Irene Westcott were the kind of people who seem to strike that satisfactory average of income, endeavor, and respectability that is reached by the statistical reports in college alumni bulletins. They were the parents of two young children, they had been married nine years, they lived on the twelfth floor of an apartment house near Sutton Place, they went to the theatre on an average of 10.3 times a year, and they hoped someday to live in Westchester.

This isn’t a story that seems to promise any kind of magical leap. We’re put instead into a world of familiar surfaces. The occupants of that world seem to be paper-doll people: their measurements define them. Everything there is to know about their lives is contained in that list of numbers and proper nouns. When I teach this story, I always tell my students that in their own fiction, “X was the kind of person who. . .” isn’t usually a promising way to begin; readers don’t want to spend time with a sum-up-able character, they want to be able to figure out the full complexities that define that character for themselves. But Cheever wants us to quickly understand Jim and Irene’s starting point so that he can get to work on changing them.

The Westcotts love listening to classical music, and their radio has broken, so Jim buys a replacement. The new radio is ominous from the first, huge and hideous. Inside Irene’s carefully arranged living room, we’re told, “the new radio stood among her intimate possessions like an aggressive intruder.” When she turns it on, its sound is so loud it knocks over an ornament; it also begins to pick up static. A repairman comes to fix it. Then, when Jim and Irene turn on the radio that evening, instead of music, they hear the conversations that are taking place in their neighbors’ apartments. Their neighbors’ arguments, their chatter, their private moments. Suddenly the Westcotts have access to everything that lies beneath the surfaces of the lives around them.

Irene finds this new knowledge irresistible. As she listens to the radio more and more, her life fills up with darkness, because nearly all of what she hears is disturbing:

‘I found a good-sized diamond on the bathroom floor this morning,’ a woman said. ‘It must have fallen out of that bracelet Mrs. Dunston was wearing last night.’ ‘We’ll sell it,’ a man said. ‘Take it down to the jeweler on Madison Avenue and sell it. Mrs. Dunston won’t know the difference.’ . . . ‘It’s not a hat,’ a woman cried, and at her back roared a cocktail party. ‘It’s not a hat, it’s a love affair. That’s what Walter Florell said. He said it’s not a hat, it’s a love affair,’ and then, in a lower voice, the same woman added, ‘Talk to somebody, for Christ’s sake, honey, talk to somebody. If she catches you standing here not talking to anybody, she’ll take us off her invitation list, and I love these parties.’

Irene also overhears a woman berating her husband about the loss of his job, a husband telling his wife they can’t afford to send her dying mother to the hospital, and another husband beating his wife. Evils large and small. This is the kind of exposure that carries change in its wake. When I taught ninth grade English, during our unit on the Bible as literature, I used to pair “The Enormous Radio” with the story of Adam and Eve and the fruit of knowledge. Irene is not the same after tasting what the radio offers, and we watch Jim observe, anxiously, his wife’s new behavior:

There was in her face . . . a look of radiant melancholy that he was not familiar with. And her conduct at the dinner party that night seemed strange to him, too. She interrupted her hostess rudely and stared at the people across the table from her with an intensity for which she would have punished her children.

Now that Irene knows there are secrets, she’s forever looking for them. She can’t live comfortably on the surface anymore.

The story’s conclusion brings an explosive argument between the Westcotts for which the ammunition, it becomes clear, has been stockpiled for years. And that’s the story’s revelation: the Westcotts’ lives have actually had dark depths all along. They just succeeded, for a time, in ignoring those depths, and the radio forces them to pay attention. The effect it has on the story, for me, is an effect of motion. It takes those stiff paper-doll people from the story’s first paragraph and gives them flesh enough to move.

I don’t know a better demonstration of the power of magic in fiction. Magic can push stories, and their readers, in impossible-seeming directions—where, it turns out, some of the most interesting depths lie. Depths that have always belonged to us, even if sometimes we neglect to claim them.