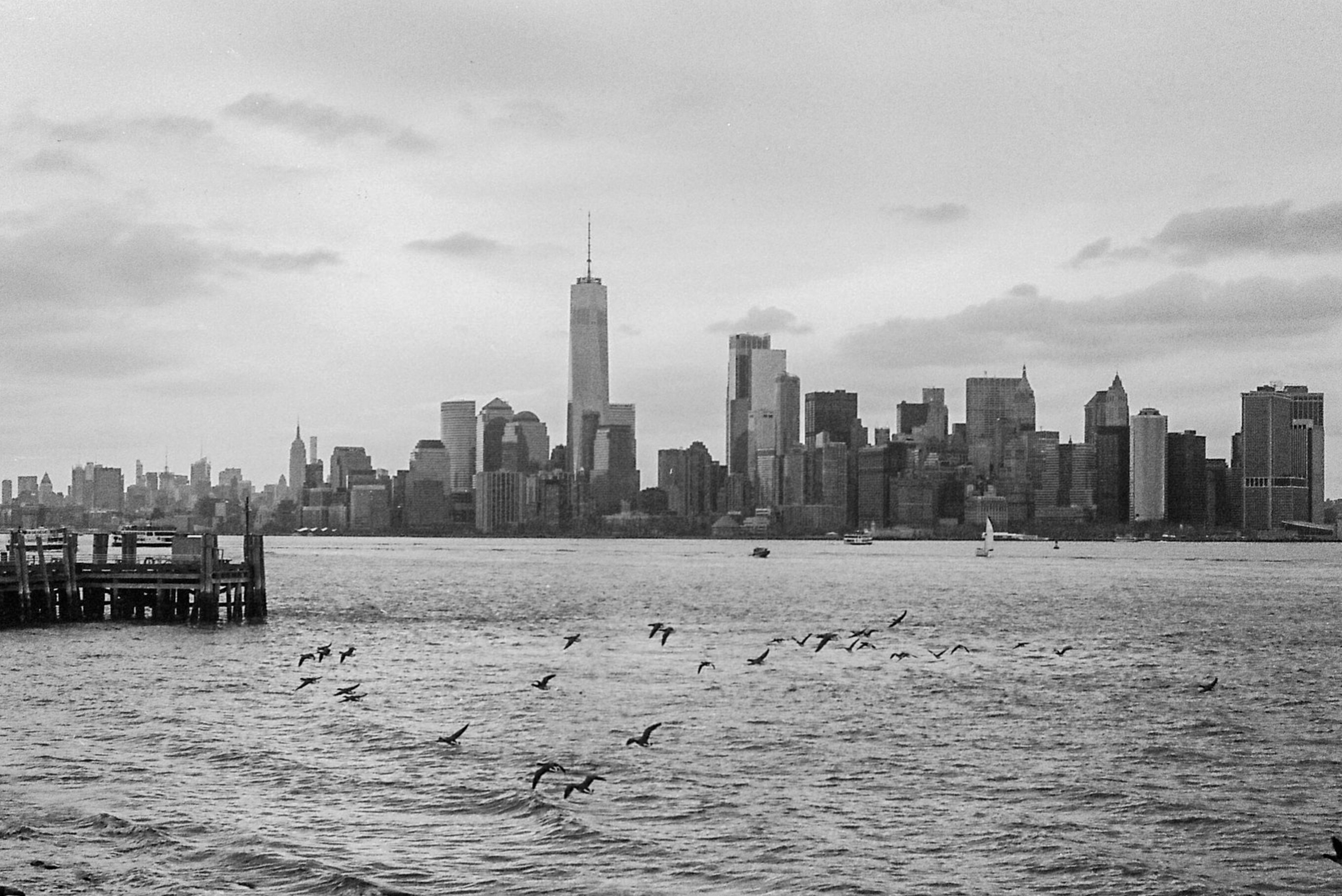 Samantha Peale’s The American Painter Emma Dial opens with a celebrated painter standing alongside his regular, slightly awe-struck collectors, directing his assistant as she finishes a moody seascape for him. Up on the ladder, Emma looks down at her employer, “sleek and handsome chain-smoking my cigarettes” and wearing clothes she had never seen him in before. The painter, Michael Freiberg, instructs her to:

“Think of gliding below the surface of the water, like a fish. Emma, apply the paint as though you were a fish.”

“Emma, a piranha. Loads of piranha in Corsica.”

As she works, Emma privately reflects on the significance the painting holds for both of them—for Michael, its value was confirmed in the collectors’ assurance that they would purchase it; for Emma, the connection is visceral: “I often imagined gently tipping into the vast two-dimensional Mediterranean water, swimming lazily, turning my body over and over, neither coming nor going.” Both the scene and the painting quickly capture the position Emma finds herself in: invisible to the audiences who will receive the painting, submerged just beneath the surface

Because Peale herself served as an assistant to Jeff Koons in the nineties, readers have speculated about the novel as a roman à clef. Peale, who is open about her time in Koons’s studio, and about the differences between Koons and the character of Michael Freiberg, never completely sidesteps the question. Regardless of whatever degree to which there is overlap, the novel engages, with dry wit, Emma’s struggle as she enjoys the comfortable living Freiberg provides her while at the same time to recover, or uncover, her own artistic agency. It is a difficult position, to be sure, for an ambitious young artist—watching as the beginning of her career, year by year, blends into the life of her employer.

One would assume that the proximity to collectors, dealers, and curators (not to mention all the other accoutrements that go along with a connection to a highly respected artist) would create the perfect context in which to launch one’s own career. And it is possible—Emma stands by as many of Freiberg’s former assistants strike out successfully on their own. But the success she envisioned in art school does not align with her present reality. In those days, Emma and her closest friend, Irene—a smart, undisciplined filmmaker with a knack for landing high-profile grants—would often discuss their career paths:

‘What if you fail, if the institutional art world doesn’t notice a girl painter from Baltimore who makes brushy pictures of her friends?’ I told her: ‘I’m not going to fail.’ Watching Irene work, I was uncomfortable remembering those old questions. They were torture then, but fun, bearable torture because we had every confidence that we would make great art and a completely manageable and rewarding public life would ensue.

Instead, Emma finds herself an artist caught in an indefinite apprenticeship, adjunct to the public life of another. The novel, as a result, brings dimension to the complex and delicate shiftings of the power that comprise the master/apprentice relationship.

This dynamic anticipates a later novel also about the New York art world—Jill Bialosky’s The Prize, which pits former art student and successful teacher against one another, as wife and husband, to the psychic detriment of each. While The Prize explores the conflicts and failures of both the artists and those responsible for managing their careers, the intimacy of The American Painter Emma Dial’s first-person narrator privileges depth with a certain detachment. Now in her early thirties, Emma reflects upon the beginnings of her association with Freiburg: “Within the first six months I worked for him,” she tells us, “we were having sex in the evenings. He said it would connect us and I would be able to paint more the way he wanted me to.” But she, too, thought she had something to gain: “I was twenty-five and wanted to fuck someone who was written about in art history books, who had met presidents, who had known Warhol.” For her work, she earned over six figures a year, which enabled her to live without roommates and keep her own studio in Brooklyn as an afterthought.

That her earnings were only a fraction of what the paintings sold for indicates a gap in value between conception and execution. Though the atelier model is nothing new, in this studio, the separation of duties was extreme—Michael thought, but did no painting at all, and Emma was responsible for bringing each piece into the world. Like her mother, the nineteenth-century art historian whose disapproval is never far from her mind, Emma directs her creative energy into the work of another: “My work is purely technical. It’s easy to face someone else’s blank canvas when you have a complete map to work from.” However far her reality as a working artist has departed from it, her ideal remains for the artist to be responsible for each phase of creation.

Intellectually, Emma knows this is where she wants to go, but the way is not direct. Her messy extrication from an employer who has come to depend on her, more than perhaps anyone else, comes by way of Philip Cleary. They become lovers on a trip to Miami that Emma takes to hang some of Frieburg’s pieces in a collector’s home; Emma returns to New York finally ready to draft a new version of her own life.

Which leads me, finally, to the most impactful teacher of Emma’s career—though this discovery would only come with hindsight. Meredith Davies, her instructor from art school, had left New York City, to Emma’s and her friends’ mystification—to them, leaving the city meant quitting. Emma recalled how Davies urged her to find her style and how she should

find a way to commit to my paintings, be possessive of them, particularize my subject rather than merely render it. I could copy anything but I had to decide to give the picture weight. Keep them from going sentimental. … I had not been able to let Meredith’s words reach me when I was her student; I had been ruled by a superficial sense of competition.

As Emma stands before the paintings, she concludes, “Meredith Davies was not in New York nor was she a quitter. What else did I need to know?”

Emma’s first painting as a free artist in Miami is self-consciously devoid of romantic or ideal content—or anyone else’s ideas at all. The choice of subject—a bleeding bird, dead in her apartment pool—is somehow, however, less than what we were expecting from this artist. But it is, after all, only a start. More important is what happens when she goes for a swim in the ocean afterward. In a departure from the submersion and stasis in which the painter found herself suspended at the beginning of the novel,

My body glided along, rising slowly and disturbing very little water when I broke the surface to breathe. Meanwhile, here I was: the American painter Emma Dial, back in the Atlantic after a busy morning in the studio, making the picture happen. … The tide had moved me along. No matter how calm the water seemed I always ended up a staggering distance from where I first dove in.

A new ending for a new awakening.