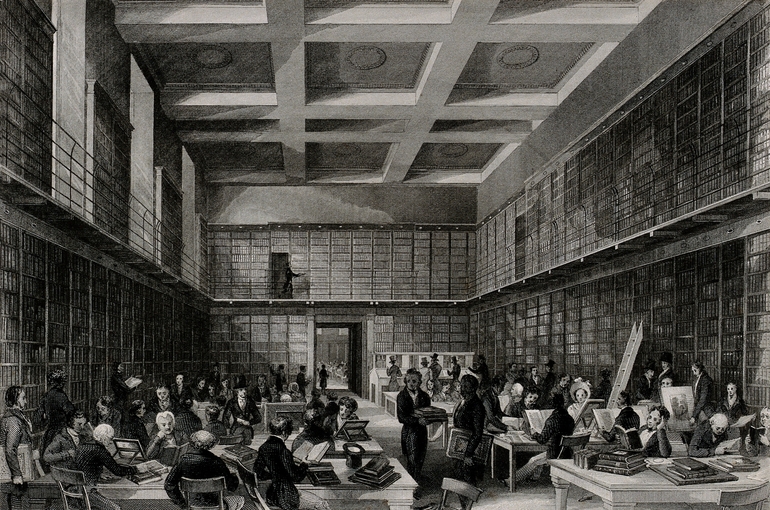 As I turn to look back on 2016, I see the events that have transpired that make me, as well as many, hope that 2017 is better, but I also see all the books I never managed to read. Despite having read and enjoyed works in translation like Christos Ikonomou’s Something Will Happen, You’ll See and Burhan Sönmez’s İstanbul, İstanbul, I know that the full range of works in translation this year alone is vast (580 books according to Three Percent’s 2016 database). With that in mind, the books below, organized by country, are all the books I wish I would have gotten to in 2016.

In The Blue Line by Ingrid Betancourt, translated by Lakshmi Ramakrishnan Iyer, Julia receives the gift of visions from her grandmother, and with it the responsibility to prevent catastrophes. At the age of 15 she falls in love and becomes a radical thinker who, with her lover, is captured by death squadrons and escapes.
Austria

Following the traditions of his people, Hans takes on his recently deceased uncle’s place for a year in Among the Bieresch by Klaus Hoffer, translated by Isabel Fargo Cole.

Chronicle of the Murdered House by Lúcio Cardoso, a well-regarded Brazilian work of the downfall of a patriarchal family, is told through an array of narrative devices. See insights on the translation by Margaret Jull Costa and Robin Pattinson in this Ploughshares blog interview.

If a breakup were a novel, The Last Bullet Is for You by Martine Delvaux, translated by David Homel, would be exactly what it would read like. The extended post-love letters that make up the book explore the illusions of love and its end.

The narrator of Ge Fei’s The Invisibility Cloak (translated by Canaan Morse) is the sort of person who deals in odd jobs while carrying on a critical running commentary of his clients, until a friend points him to a questionable special gig.

A bildungsroman of the 21st century, This Should Be Written in the Present Tense by Helle Helle (translated by Martin Aitken) follows Dorte, a 20 year old who slacks off on studying to ride trains to nowhere while sleeping her way around, and trying to write.

TV cleric Hatem el-Shenawi is loved by the people on the street and politicians in The Televangelist by Ibrahim Essa (translated by Jonathan Wright), but coming in on a secret that could endanger the whole country brings him into political scandal.

Lola Lafon’s telling of the story of Nadia Comaneci, the Romanian gymnast who in the 1976 Montreal Olympics surprised judges with her perfect defiance of gravity, in The Little Communist Who Never Smiled (translated by Nick Caistor) reads so lyrically that you feel you can see Comaneci move with every word.

In Martin Suter’s literary suspense novel, The Last Weynfeldt (translated by Steph Morris), Adrian Weynfeldt finds his life increasingly intertwined with a woman he takes home one night only to find her threatening to jump off his balcony the next day, as well as an art forgery plan that could take down his work and his family.

The documentary-styled Orthokostá by Thanassis Valtinos (translated by Jane Assimakopoulos and Stavros Deligiorgis), which takes place during the Greek Civil War, gives voice to many narrators, including right-wing conspirators. The unusual depiction of the war made this a controversial work when it was initially published in Greek in 1994.

Miklos survives the camps in World War II only to be told that he has six months to live when he has been brought to Sweden, his lungs filling with fluid. However, he decides that he’s not going down without a wife, and so in Fever at Dawn by Péter Gárdos (translated by Elizabeth Szász), he gets the names of the 117 Hungarian women also recuperating in Sweden and he writes to every one of them.

In I Stared at the Night of the City by Bakhtiyar Ali (translated by Kareem Abdulrahman), which is set in Iraqi Kurdistan, a group of friends defy authorities to find the bodies of two dead lovers.

Sayed Kashua documents his own life and society around him with humor in Native: Dispatches from an Israeli-Palestinian Life (translated by Ralph Mandel), begining with a deprecating letter from his own wife.

Yoshie and her mother can’t get over the death of Yoshie’s father in a suicide pact with an unnamed woman until they move to Shimo-kitazawa, a traditional Tokyo neighborhood in Banana Yoshimoto’s Moshi-Moshi (translated by Asa Yoneda). Nonetheless, Yoshie can’t escape nightmares where her father, it seems, is trying to get in touch.

Winner of the Man Booker Prize in 2016, The Vegetarian by Han Kang (translated by Deborah Smith) capture Yeong-hye’s defiant act of refusing to eat meat and the torture she is subjected to by her husband, brother-in-law, and sister to reclaim their control over her.

Ana devours Agatha Christie novels to forget the death of her younger sister, but she when she decides to plant a milpa, a cropping field primarily used for maize, in her backyard, her neighbors begin to dig up her past in Umami by Laia Jufresa (translated by Sophie Hughes).

As Tahar Ben Jelloun delves into his mother’s past in Fez in 1944 in About My Mother (translated by Ros Schwartz and Lulu Norman), Alzheimer’s Disease just as quickly takes his access away.

Urbain Martien leaves behind two notebooks, which after his death in 1981 are the keys to understanding his concealed life in War & Turpentine by Stefan Hertmans (translated by David Mckay).

In Blood of the Dawn by Claudia Salazar Jiménez (translated by Elizabeth Bryer), three women’s lives come apart during the height of the Shining Path militant insurgency in chaotic and truthful prose.

Rami finds after 20 years of marriage that her husband has been supporting the families of four other women over the years in The First Wife by Paulina Chiziane (translated by David Brookshaw). After she vows that she’ll straighten him out, all of the wives band together to claim their rights.

Nina picks up a side job while in grad school translating for Spanish families who want to adopt orphans from Rogozhin in Wake in Winter by Nadezhda Belenkaya (translated by Andrea Gregovich), but she eventually realizes that the organization is not the humanitarian entity it poses to be.

Marcos, a fine arts student, becomes the assistant of a trendy social artist whose questionable methods threaten to get out of control in Escape Attempt by Miguel-Ángel Hernández (translated by Rhett McNeil).

Kim Chew Ng’s short story collection, Slow Boat to China and Other Stories (translated by Carlos Rojas) encapsulates the mix of cultures in Malaysia and its surroundings.

Ahmet Mithat Efendi’s Felâtun Bey and Râkim Efendi (translated by Melih Levi and Monica Ringer), is an Ottoman novel published in 1875 of two fundamentally opposed characters – Felâtun Bey the well-read man of ambition and Râkim Efendi the dull spender – as they make their way through the Empire while it too lurches into modernity.