Home
»
Reading
»
An Inquiry Into Brilliance: One Last Ride With Robert Pirsig 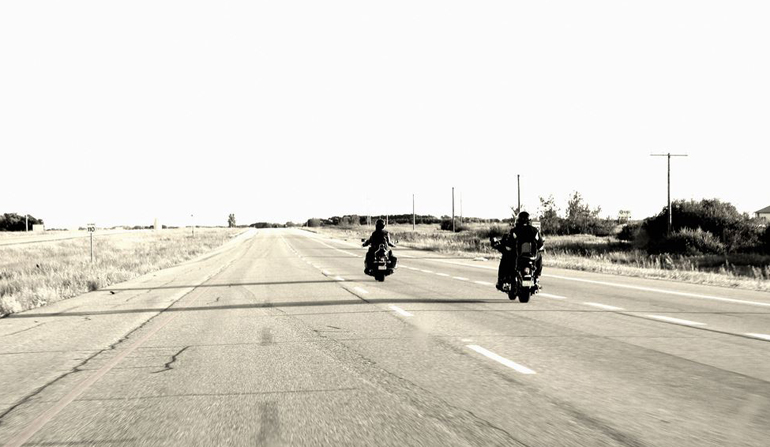 Robert Pirsig died last month at the age of eighty-eight. His death was covered widely, but within a day or two it had been washed away by the torrent of offenses and outrages known as the “news cycle.” The obituaries highlighted Pirsig’s great work, Zen and the Art of Motorcycle Maintenance, which also happens to be one of my favorite books.

However, labeling Pirsig “just” a writer ignores the experiences and contributions of his life, especially since they informed his writing so deeply. With an IQ of 170, he was cast as a boy genius, which allowed him to skip several grades and enroll in college at age fifteen. Pirsig was a soldier in South Korea. He studied in Minnesota, Chicago, and India. He taught in Montana. He was a philosopher, sailor, and recluse, rarely granting interviews. His high intelligence did not mitigate a lifetime of mental health issues. He spent time in psychiatric hospitals in his mid-thirties, before he wrote Zen, which cost him his first marriage. During this time he received electroconvulsive therapy. His son, Chris, was murdered at the age of twenty-two. Pirsig’s life was full, very full. He was more than the author of a best-selling book (and a less popular companion piece seventeen years later).

But, oh what a book it is. I’ve never seen ZAMM in a bookstore, which may be because it’s a work of autobiographical fiction, which is oxymoronic and impossible to place in a genre. The plot, such as it is, is the story of a man (who also narrates) and his preteen son’s motorcycle trip from the upper Midwest to the Rockies and ultimately to the West Coast. They are joined by the man’s friends for part of the journey. This resembles a trip that Pirsig actually took with his preteen son Chris. Readers soon realize, however, that the trip and the vehicles being used to make it are really a pretense for a series of philosophical discussion, or Chatauquas, as the narrator describes them.

I think you can see this set-up is not exactly a marketing department’s dream. More than one hundred publishers passed on ZAMM before William Morrow took a chance on it in 1974. The reviews were overwhelmingly positive, glowing even. But lots of books get strong reviews and don’t sell five million copies.

The subtitle of ZAMM is An Inquiry Into Values. What Pirsig is trying to get at philosophically is the question of “quality.” But first, he tries to understand classical thinking versus romantic thinking, using the care and maintenance of motorcycles as a taking-off point. The narrator contrasts himself, a classic thinker, with his two friends, John and Sylvia, who he regards as romantics.

When I first read ZAMM as a teenager, this was the aspect of the book that pulled me in. Since then, like the narrator, I have been fascinated by trying to understand why people do things, no matter how mundane. In ZAMM, the narrator has learned to repair his motorcycle himself, whereas John and Sylvia pass their bike off to a mechanic. It may seem that the narrator, a stand-in for Pirsig, is making a value judgement, placing classical thinking above romantic thinking, and to a degree, he is. But what he’s really trying to find is a third way, a way that rises above the binary. This is a key to the book’s popularity.

In 1974 when ZAMM was published, America was just beginning to emerge from the haze of the violent, chaotic 1960s. The dream of a more progressive society had vanished because of a slew of assassinations and radicals’ inability to cohere its various interest groups. The bitterness over the Vietnam War only hardened the binary, left versus right, liberal versus conservative split in America. Furthermore, the country was locked in another binary struggle on the global stage. This one being the Cold War, which pitted the US against the USSR, or East versus West. People were looking for a new way of thinking about solving seemingly intractable problems and Pirsig presented them with one.

But Pirsig is doing something even more profound. To break himself from the binary worldview he has the narrator (his proxy) investigate himself. He does so through a character named Phaedrus, the namesake of a peer of Socrates. Phaedrus, readers discover, is the mechanism by which the narrator analyzes his younger self because Phaedrus is the narrator (and by extension Pirsig). This is a truly bold narrative choice by Pirsig, and long before the era of tell-all memoirs. This is very Zen of Pirsig. It’s also an example of taking Lao Tze’s much-cited “If there is to be peace in the world” speech and putting it to the test in a practical sense.

Investigating oneself is risky business. What if you uncover something about yourself you don’t like—as you inevitably will if you take the job seriously? And Pirsig, via Phaedrus, does. Which may be the point. Each of us contains dualities that are contradictory. This creates a tension within oneself that is difficult to reconcile. In troubled times—like 1974 and 2017—that tension seems more exposed, so when you extrapolate it out to the societal level, it’s a wonder the streets aren’t on fire. Many people can’t explain or even recognize this inherent tension, so they blame their boss or their spouse or corporations or politicians. This may explain why social media seems so hostile.

Which brings us to technology, another key to ZAMM’s popularity. While his friends keep their distance from technology by not bothering to learn the ins and outs of their motorcycle, the narrator, if not quite embracing mechanical progress, certainly accepts it. It allows him to become closer to his machine. In the 1970s, save for some dystopian outliers, technological advances were a source of hope for the future. No greater example of this was NASA’s Apollo program, which put men on the moon.

Would Pirsig be as sanguine now about technology? Yes, the internet has democratized knowledge, but millions of jobs were displaced in doing so. Social media promised to connect us all in a global family. Instead, most of us stay in our own tribe both in terms of people and information. Mobile technology allows us to call almost anyone, anywhere, anytime. But, if you walk around any reasonably sized city, you will see most every citizen with his or her face squinting at a screen, oblivious to the surroundings. Indeed, the way we live now must seem like madness to someone from 1974. Rather than bringing us together, technology seems to have driven us apart. There’s that binary again.

Finally, I think ZAMM was culturally significant for the most literary of reasons—the quality of the writing. Pirsig takes abstractions—quality, objectivity, subjectivity, classicism, romanticism—and makes them tangible. I was so captured by the ideas in ZAMM and the way they were expressed, that I didn’t realize Phaedrus was self-referential until I read the book a second time. Pirsig’s secret is to keep the language simple and the sentences short. Think Cormac McCarthy instead of David Foster Wallace.

It’s a cliché to say that great works survive the artist, but I hope that’s what happens to Zen and the Art of Motorcycle Maintenance. It’s the rare example that shows why books have withstood the decades and centuries of technological upheaval—they are a medium predisposed to lengthy and meaningful inquiry in ways that other media are not.

Tags:Phaedrus, Robert Pirsig, Zen and the Art of Motorcycle Maintenance