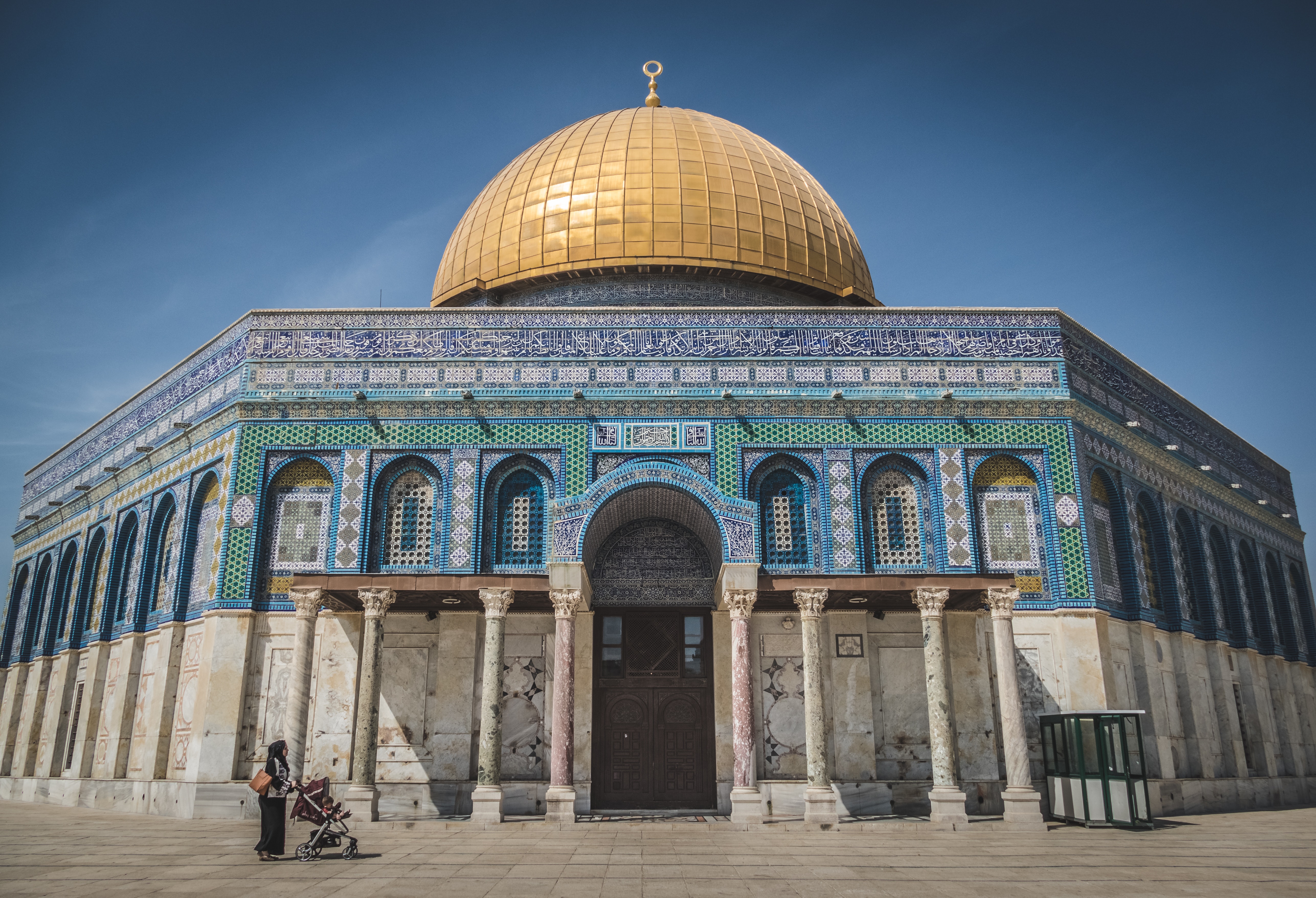 I’m delighted to devote this week’s blog post to someone who is taking a bold stand for literature.

Three years ago, my agent forwarded me an e-mail from an editor/translator in Cairo. Hala Salah Eldin Hussein was interested in publishing some of my work in Arabic translation in her online literary journal, Albawtaka Review. Her publication, a small literary magazine, couldn’t pay, since accepting government funding would mean accepting government politics.  But her mission—making English-language literature available to Arabic-language readers, regardless of politics—appealed to me enormously.  And to my surprise, the stories of mine that she wanted to publish were unequivocally Jewish in content: one set in the US about a Jewish character, the other set in Israel, where much of my family lives.

In the years since that first email, Hala and I have become friends—initially stepping delicately, then with increasing confidence and humor.

Hala has been deeply involved in Egypt’s upheavals, and was injured—thankfully not seriously—in Tahrir Square.

This is the first installment of a two-part post I’m writing about Hala.  In this segment, I interview her about her work with Albawtaka and her perspective on the cultural and literary situation in Egypt.

In the second segment, which I’ll post next week, I’ll say a bit more about the process of forming a literary and personal friendship across fraught political borders, and also about an incident Hala refers in this interview, in which her choice to showcase an excerpt of my fiction—a passage referring to Israel—resulted immediately in a loss of subscribers from Albawtaka’s Facebook page.

For additional information on Hala’s work at Albawtaka, see  http://albawtaka.com/whoareweenglish.htm

RK: When and why did you found Albawtaka Review?

HSEH: In December 2005, I read a short article by Egyptian novelist Youssef Zeidan in Alahram newspaper about how convenient it is to rely on the Internet to deliver media contents. Since I had been translating short stories for about six months then, considerably failing to publish them in Arabic magazines due to their immense sizes, it hit me that the Internet doesn’t count words. So I started to establish Albawtaka Review. Of course I was so naïve I thought I could set up the website and design it all on my own. Eventually I did it, but following four arduous months of self-teaching html and php languages. It seems there is something to be said for the hopeful energy that naiveté can bring to a project, says American-Canadian writer Alexi Zentner, one of Albawtaka Review‘s contributors. Albawtaka Review is the delightful product of such naiveté.

RK: What were the obstacles to doing so?

HSEH: Apart from a grant from The Arab Fund for Arts & Culture, the review has been funded by my personal means since April 2006 till now. Albawtaka does not post any advertisements because Arabic advertising agencies force their agendas on Arabic sites. It does not–and will not–offer its stories through any kind of subscriptions. Copyrights are often given gratis to support the project, and I’m very grateful for that. But unfortunately, the lack of appropriate means posed an obstacle to translating stories by Denis Johnson, Allan Gurganus, Joyce Carol Oates, and Thom Jones, to name but a few.

RK: How rare is it for a woman to edit a journal?

HSEH: I guess it’s rare, especially in an Arab macho society like the Egyptian society, though nothing is holding women from aspiring to take such a position. Readers and colleagues don’t usually believe that I’m the sole engine behind the review. Whenever I’m in Tahrir Square’s sit-in, I’m just a girl; nobody listens to girls much in my community. Once protesters realize who I am, they start to actually listen to me, regarding me with admiration and unbelief. I came to expect their astonished reactions.

But at the end of the day I see myself as an editor, not a female one. Weaving a story with words is much like building a wall with bricks: The wall doesn’t tell who built it, and it should not. Sometimes I publish an all-male issue, guilt-free. Practicing positive discrimination in favor of women might prove harmful to women’s causes. Discrimination is discrimination. I have serious reservations about seeing my profession from a feminist point of view. I don’t go hunting for feminist stories, for example.

RK: What do you look for in the fiction you select to translate?

HSEH: Every story is a unique case, and there is a different reason for choosing it. But I generally like a story to tell me something about humanity, about the world, to share with me feelings that can be identified by all human beings, raw feelings that have not witnessed sophistication.

I seem to be attracted to well-knit narratives. I hate sloppy sentences. Saying too much is a sin. I never translate a story that has no secrets. I’m fond of layers and layers of narration, one seemingly visible plot and various multiple complex other sheets lying beneath the narrative, lurking there to be discovered by the reader.

The manifesto published in Albawtaka Review‘s site says that the review expresses the voices of outcasts and alienated souls, so there is that too, but I would not say that fiction should be waving some stark social or political messages. It’s just that short fiction is, I believe, a solitary genre, where an individual is solely struggling with himself, life, or the world.

I also try to keep the review as contemporary as possible and present new talented voices. I have also published two stories by the late O. Henry and the late George Gissing written at the beginning of the twentieth century; both have not been rendered into Arabic before.

Maybe I should also say I never work with a story unless I fall in love with it. It should touch my soul. I don’t care how many prizes it won, or the name of its author. Spending more than a month with one single text can be a serious punishment unless you really need to spend time with it and enjoy it for a longer time. Albawtaka Review is an act of love, not duty.

RK: How do people respond to your choice to publish Jewish writers or stories set in Israel?

HSEH: I can’t exactly say how 10,000 readers react to my Jewish stories. I can only say that journalists and critics take them very well. They don’t discuss them at all, which means they see Jewish fiction like any other fiction. One incident comes now to my mind though, when I recently cut and pasted in the review’s Facebook group the quotation from your story “The Argument,” when the protagonist is talking about Palestine, redemption, guilt, and how a true Jew should act. No doubt it is a very intense reading of what is going in his mind, and it was for me the peak of his emotional and spiritual dilemma. I only wanted to remind readers of one of the most memorable stories. I had one “like,” and the number of subscribers to the group dropped from 1035 to 1015 in a few hours!

But I know if I was to present what people in my community want, I’d exclude Jewish fiction, erotic fiction, and slang vocabulary from the whole review, to come out with pale nonsense. I try as discreetly as possible to hold readers’ hands and guide them safely to what I think is good fiction, regardless of authors’ gender, ethnicity, or religion. Readers should be taught not to consider such discriminations in the first place. A text is a text, a power in itself, and it deserves to occupy the whole stage and manifest itself in all sorts of ways, away from its author.

RK: What else would you like people to know about literature and life in Egypt?  What misconception would you most like to correct?

HSEH: What I should say about the cultural milieu in Egypt nobody would like to hear. Culture in Egypt is dominated by governmental institutions that exalt values of favoritism, hypocrisy, and corruption. I don’t see culture as a source of money, I see it as a way of life. And I believe literature and arts in Third World countries should be affordable or even free!

RK: Ten years from now, what would you like to be able to say about Albawtaka Review?

HSEH: Hopefully I hit, by then, 300 stories or more. I always say I’d die editing the review. It’s sentimentally romantic, but I know I’m able.  I’m driven by a huge number of imaginary characters, innovative techniques, worlds, authors’ gifts. On a difficult day, the transformative power and ethereal beauty of literature is what keeps me translating.

I also think I’ll end up in a different country! I will take the review with me whenever I go. Now here’s some news that hasn’t been made public until now:  Albawtaka Review and Mira Intelligent Read–a progressive and forward-thinking nonprofit charity based in Leeds–are planning to merge.  Our goal will be to bridge the gap between the East and the West and publish electronic and print works of fiction in different languages. We also aim to promote international understanding through publishing a series of translated anthologies of short fiction from Arabic into English. All profits of Mira will go to scholarships for Third World students to study in UK.