Home
»
Interviews
»
An Interview with Megan Bradbury of The Book Hive 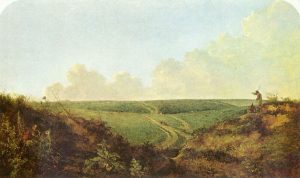 Norwich, a small city in the East of England, is one of a small group of cities selected by the United Nations to be a UNESCO City of Literature. To be selected, a city must support literature in many ways, operating as a hub for presses, educators, libraries and bookstores. The Book Hive, a much-beloved independent bookshop that sits on the slope of a hill in Norwich’s town center, is one of these institutions. By purchasing from independent presses and maintaining a tailor-made monthly subscription service, the shop pushes the readers of Norwich down unexpected avenues.

Megan Bradbury is a bookseller at the Book Hive. Her many tasks include selling books, organizing events, sourcing titles, arranging displays, and managing social media. She is also the author of Everyone is Watching (out in the US this October). I first met Megan as a novelist at the Edinburgh Book Festival. So, I was delighted to encounter her behind the desk at my local indie. We recently discussed what endears so many to the bookstore that caused Stephen Fry, the actor and author who grew up in town, to proclaim that he always “dreamt of a place like this.”

Megan Bradbury: The Book Hive is special because it acts as a meeting place for all sorts of people from different backgrounds with different interests, people who have a passion for books. The Book Hive is very much a community space. It’s more than just a business. The special atmosphere here is something visitors often talk about.

RHB: You’ve mentioned to me that you’re planning a reading hour. What will that look like?

MB: There is a statistic that about two out of three people like to read in order to combat stress/anxiety, but about the same proportion of people can’t find the time to read because of their hectic lifestyles. We want to provide a quiet and welcoming space for people to come and dedicate an hour to reading, as one might reserve an hour a week, say, for exercise. We also thought it would be special for people to come together and read communally. This will give like-minded people a chance to meet one another, which is another thing that can suffer when people live busy lives.

RHB: You’re also running a subscription service. How does that operate?

MB: The Book Hive Year is a year-long subscription service. We mail people a book a month for a year, and there are different packages available – paperback fiction, hardback fiction, non-fiction, children’s fiction, women’s fiction, local-interest books, books by independent presses, books in translation. We ask recipients to complete a questionnaire, which enquires about their favorite books and books they don’t like, and then we use this as a guide for choosing their books each month. Although we take note of people’s tastes, the service is supposed to introduce people to books they wouldn’t normally read, and people really seem to like this aspect of it. We wanted to introduce people to books and writers they wouldn’t otherwise know about, and the subscription service allows us to reach readers who are unable to visit the shop in person, those who live far away or those for whom mobility is an issue. It’s very popular, and increasingly so. We have subscribers all over the world.

My favourite subscriptions [to fulfill] are those where customers are very open minded about what they want, those who say—‘just send me really good stuff’—which gives us free reign to use our imaginations.

RHB: Can you talk a little about the relationship between independent bookshops and independent presses? I’ve noticed that although you have books by mainstream publishers, it is often the indie press books that are most visible.

MB: We have a very close relationship with independent presses. Publishers like And Other Stories, Pushkin Press, Portobello Books, Tilted Axis Press, and Fitzcarraldo Editions, for example, which are all fantastic, weird and wonderful. As an independent bookshop, we have much in common with independent publishers—we must form and maintain our own identity, one that is unique and interesting, and one which people learn to recognize. As such, we are proud to stock titles that are, perhaps, considered unusual by mainstream retailers.

RHB: And the bookstore also has its own imprint, Propolis. What’s the history of that?

MB: Propolis was set up by the owner of the Book Hive, Henry Layte, after he left Galley Beggar Press. He wanted to carry on publishing, with the remit that he would publish the kind of books that would sell well in the shop. Propolis began publishing just non-fiction, but we have since published poetry, and will be doing fiction, too, as of 2018. The emphasis of Propolis is on great design and non-mainstream titles. Propolis has published a range of fascinating and eclectic books, most recently a new collection of poetry by Simon Armitage.