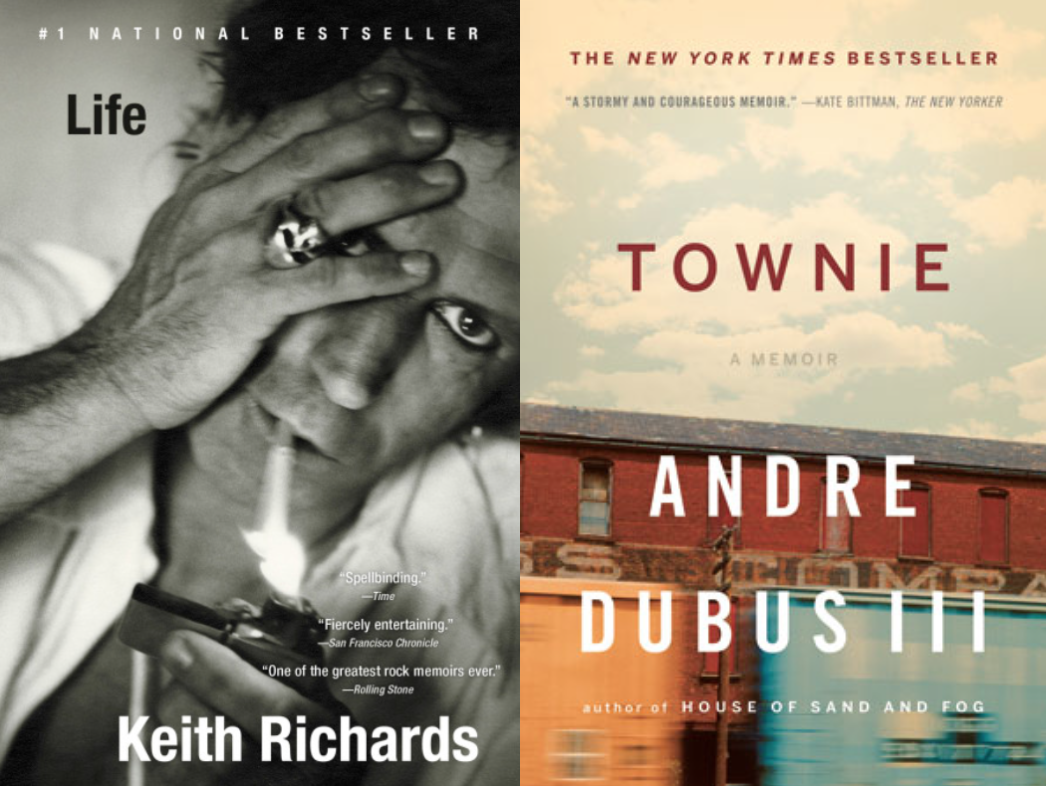 Until recently, Kate Flaherty was our Senior Reader for fiction. We sat down and talked to her over e-mail about literary magazines, reading slush, and her own work.

Ploughshares: Tell us a little about your literary life – what were the first important books for you, when did you start writing?

Kate Flaherty: Wow. Those are big questions. Where to begin? When I was seven, my parents gave me this blank bound book with a cover that read “The Nothing Book” in that big bubble ’70s writing—it was sort of a joke, like so much of the weird junk you could buy in the ’70s—pet rocks, little plastic Snoopy statues that read “World’s Greatest Tennis Player,” commemorative liquor bottles in the shape of the U.S.S. Constitution. That sort of thing. But I didn’t get the joke, I was just excited to have an actual bound book that I could write in. In one day I filled up “The Nothing Book” with my first story. I can’t remember what the story was about—I wish I still had it—but unsurprisingly I do remember that it was all about me.

As far as important books, that’s tough to narrow down. Growing up I read everything I could get my hands on. I lived in a small town and the library was in this little refurbished house—the children’s section was in the basement—and I vowed to read every book in it. I didn’t actually fulfill that goal—I got bogged down with the Hardy Boys and all those sports books by Matt Christopher—but I made a pretty serious dent. And down the street was this woman who sold books out of her house—my mom would walk me over and I could get all sorts of books—the kind with cloth covers and full color illustrations a la N.C. Wyeth—for only a quarter. I read all these old series like Bobbsey Twins and Honey Bunch and The Happy Hollisters where everyone said “Land sakes!” or “Golly!” and all the old people had gout or lumbago. I still read everything I can get my hands on and my taste is pretty egalitarian. I love trash and treasure—in the past two weeks I’ve read Francine Prose’s new novel, a biography of Lady Idina Sackville, and memoirs by Andre Dubus III, Alexandra Fuller, Keith Richards, and Steven Tyler (and if you’re looking for recommendations, the Dubus memoir is remarkable, as was Keith Richards’ Life, which says a lot since I’m not much of a Rolling Stones fan).

I love getting lost in a novel, I can be both impressed and befuddled by poetry, but biography and memoir are always at the top of my list.

PS: How did you get involved with literary magazines?

KF: It probably seems strange now, with literary magazines in every bookstore and all over the Internet, but other than Cricket, the children’s literary magazine I had a subscription to as a kid—a fantastic magazine by the way—I had no idea literary magazines existed. I lived in a small town in the pre-Internet days where the bookstore had more greeting cards than literature, so other than the stapled variety of magazine my friends and I put together in high school filled with angsty poems, I didn’t see a literary magazine until I was a senior in college. I worked in the college writing center, run by the writer Elizabeth Inness-Brown, and she brought in a copy of Sycamore Review in which she had a story. At that point I’d written for years, but I was doing my best to be “practical” about it, sticking with journalism and writing mostly feature stories and reviews for the college paper— maybe the occasional column—and it had never occurred to me to write stories. I was very impressed when I read Liz’s story as well as an early draft of her novel that she also brought to the writing center—the lovely and haunting Burning Marguerite. Liz had gone to Columbia and was well on her way, but I was too hopelessly dumb and full of myself to be cowed by her glittery New York pedigree—all I thought was, “I can do that,” and so I began.

But it was in working for Prairie Schooner and the indefatigable and brilliant poet Hilda Raz that I really learned the ins and outs of literary magazines and writing. I cannot imagine anyone working for Hilda Raz and not becoming some kind of artist or writer—she is inspirational and encouraging and a tough taskmaster. Ladette Randolph is somewhat similar in that she loves editing but she’s also a dedicated writer—that’s an incredibly difficult combination, even more difficult than being a teacher and a writer I’d say. I also recognize that Ladette’s work ethic, like Hilda’s, practically shames you into getting your own work done as well!

PS: What are you working on? Does what you’re writing affect what you’re in the mood to read?

KF: Right now I’m in the final stages of editing my memoir My Brief History of Sex Education—the book is set in the early ’80s when I was in high school—and it was delightful and torturous to immerse myself in that experience again, but finishing it is a little brutal. I’ve been in this editing stage for a year now and it’s time to wrap it up. One of my weaknesses is reading books when I’m supposed to be working, so my writing only affects what I’m reading when the going gets tough—I’ll distract myself with reading book after book after book when what I really need to be doing is finishing my own. I’m also a lazy blogger (shameless plug alert) www.kateflaherty.wordpress.com.

PS: What do you think is the place of literary magazines in today’s landscape? Do you think anything should change in terms of how they function or what they publish?

KF: Like most people with experience in literary publishing, I see literary magazines as a kind of publishing R&D department. Authors hope to be discovered through magazines, agents and editors hope to discover authors through us, and I’m happy to say it still happens. Ploughshares publishes a story or essay, the essay or story gets into Best American this or that, and the author gets an agent or a book. And while that wonderful trajectory doesn’t occur for every story or essay or poem Ploughshares publishes, we’re an essential touchstone for the time, for the culture of the world we live in. And for poets the place of literary magazines is even more important—without magazines, online and otherwise, many poets wouldn’t have a venue for their work at all.

Of course there’s been an explosion of magazines online—many of my favorite magazines today are online, and Ploughshares has an online presence too—but I hope the print magazine will always have a home. There’s a certain gravitas to print and I hope there always will be.

PS: You’ve gone through an incredible amount of slush over the years. What are some of the mistakes that beginning writers make? Is there anything that tends to gets your attention or—on the other hand—immediately annoys you?

KF: I’m never annoyed by beginning writers. I love reading work by beginning writers, even if their work isn’t yet ready for Ploughshares, maybe because after almost twenty years of seriously working on my own writing I still feel like a beginner myself. One thing I’ve noticed is that certain images seem to trend in fiction and poetry and I always get a kick out of figuring out what’s “in” for the year. One year it seemed like every other poem or story referenced the sound of cicadas, another year it was the “v” of the geese flying south, the year after that it seemed like every main character lived in a trailer. Who knows how that happens. But what truly annoys me is when I feel a seasoned writer has sent Ploughshares a story too soon—something that feels to me dashed off and unpolished. I feel almost insulted, like they wasted my time because I know they can do better.

PS: Are there any discoveries from the slush that you are particularly proud of? What stories that went through you to appear in Ploughshares have you liked the best?

KF: I’m afraid I haven’t read long enough for Ploughshares to really feel like I’ve discovered much—I think that kind of thing takes years to happen! It’s pretty rare—I worked for ten years at Prairie Schooner and it only happened a handful of times. I remember reading a manuscript from JoAnn Beard and thinking it was the best essay I’d ever read—I still feel that way!—and when it appeared in Prairie Schooner I think it was probably only her second or third publication. But even though I didn’t work for Ploughshares that long, I’ve read Ploughshares for decades—I still remember picking up an emerging writers issue long ago and reading a poem by Nick Flynn. I read that poem and I thought Wow…and now Nick’s editing an upcoming issue. How great is that?

PS: Do you think your time as a reader has affected your work in any way? Has it changed how you go about sending out your own writing?

KF: Because I’m working on a book-length manuscript I’m not sending out as much. But because I’m easily annoyed by reading manuscripts that I feel aren’t polished, I’m very careful about what I send to other magazines. I want to make sure it’s perfect. I also think reading for magazines has given me a pretty thick skin—if my work is rejected, I know it’s not necessarily because it was lousy but because there are about a thousand other factors at play. I’m disappointed, but I don’t let rejection crush me. It only crushes me a little bit now.

PS: What are some of the other literary magazines that you enjoy reading in your spare time? Who do you think is publishing really exciting work at the moment?

KF: I like Bellevue Literary Review because I think their focus on illness is fascinating and I like Black Warrior Review because they have a good mix of experimental work with traditional forms and they publish graphic novel-type excerpts and multimedia works—which I’d love to see Ploughshares do as well, though I suspect it is VERY expensive because of printing costs alone—and I’ve always loved the online magazine Brevity. I guess I’m stuck in the B’s right now—but I also have to mention the online magazine The Rumpus—full of book reviews, interviews, occasional columns by Rick Moody and Steve Almond, and a strange and beautiful advice column that reads like a piece of art. I click on it almost every day.

PS: What’s next for you?

KF: I’ll force myself to get through this final editing process for my memoir and send it off, get it published, and take things from there. Then I’ll wash my hands and get started on the next big project…or I’ll go read a book. Any suggestions?