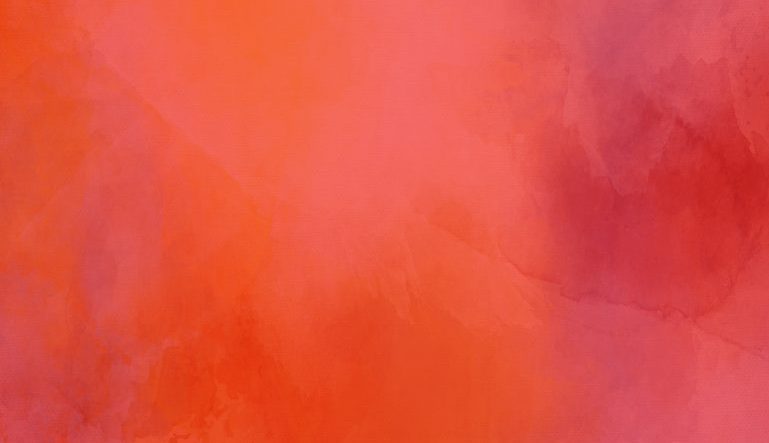 I’ve never worn anger well, especially the self-righteous kind. Last year I was in a park outside Raleigh, where a beautiful plot of farmland was being developed and new McMansion owners were shooing hikers away from parking on the street. I saw a white plastic Wal-Mart bag caught in the brush along the trail. Indignant, I went to grab it, muttering like a lady in need of a tin foil hat: Of course it’s a Wal-Mart bag. Of course these people don’t care about parks and trash and…

I bent down to grab the offending bag. Three thorns from a vicious plant embedded themselves in the cartilage of my left ear. I began to bleed. I could not extract myself. My dog was confused–why aren’t we moving?!–and, hunched, I had to start jumproping the leash as he darted in various directions. Moreover, the Wal-Mart bag was dirty and wet and had probably been used for pet waste. Eventually, after minutes of careful maneuvering and skin tears, I freed myself and shuffled back to my car, embarrassed.

Whenever I feel like going off, I remind myself to slow down, or risk maiming my ear. Or sounding like an idiot. Most of us aren’t at our best when we’re truly angry. (Except maybe Alanis Morrisette. Cue “You Oughta Know.”) There’s a slight blinding of judgment, a tongue-tied fury that hacks away at our eloquence, an ugly obstinance. With anger often comes a streak of unleashed hubris; our ego masquerades as intellect. It’s human nature to believe we’re right and to pursue our rectitude with single-mindedness, to arduously feed our bias and seek company in the friends who agree with us or are too afraid not to.

I don’t want my inflamed ego speaking for me in the world, even on an anonymous message board.

The problem is, there are so many things one could be angry about these days: Ke$ha, politics, toxic oil spills, cat hoarders. On the literary scene there is the almost imminent death of print, the texty teenagers who hand in formal papers with “u” in them instead of “you,” a bad review of your work. Or no review at all.

Furthermore, technology makes it so easy to share our anger. Read any message board or comments section at the bottom of a political article or cultural critique to assure yourself that anger is alive and accessible. (I was going to include examples…but the good ones are just so incendiary, and they’re prevalent enough for you to find without looking.)

People, it seems, are pissed off. And an easy array of social networking tools, blogs, and comments sections lets us spew our venom at will. Does the internet really need more angry noise?

In late September I was reading the Times and came across this article: Anger as a Private Company Takes Over Libraries. The gist is this: Some states such as California and Texas have begun outsourcing the management of their public libraries to for-profit private organizations. These for-profit organizations cut costs–mainly by knocking out unionized employees with pensions.

As I read the article, I pictured the sweet, slow old ladies who staff my local library, the ones who still appear to pine for the card catalogue and rubber stamp days. I thought of the stacks of books I take out monthly, my steep fines that always seem too forgiven when it’s time to pay up (thank God for Mondays, when fines are halved!) Why punish this benign public institution and the people who work there? I thought. Why instigate a for-profit mindset at a community epicenter? Why let corporate types states away from the public they serve choose the books bought and services provided to the community? The nerve! A familiar redness crept into my cheeks. I would comment on the article. No…I would write about it at the Ploughshares blog. I would post it to Facebook and enrage my friends, rally the troops!

…But the outsourced libraries, in some cases, are open longer hours. Or even just able to survive, because their financial situation is better.

Damn the gray areas, I thought. I want to be mad!

Look–I still think the library outsourcing situation nets out at creepy and is wrong for the community, library patrons, and employees. The spirit of the arrangement is a poor fit for the institution. But when I thought about raging about the situation, I read the comments underneath the article. People largely felt the same as I did; the reasons for resistance were obvious, resulting in a total lack of thunder for any insightful screed I might contribute. Furthermore, it became obvious to me that I didn’t fully understand the situation. The arrangement is relatively new, and the patrons have mixed feelings. Who am I to blast off about outsourced libraries in California when I live in Vermont and have no intention of legitimately researching the situation further? (Sorry, folks–a one-year-old, farm, and handful of jobs make pet research a limited endeavor.)

I then thought of people who do anger well–or who don’t really do anger, but tackle complicated, polarizing issues with grace. I came up with Sven Birkerts and Steve Almond. Each approaches the art of expressing a strong opinion differently, but I admire both.

Birkerts, author of The Gutenberg Elegies, is a leading voice in evaluating the impact of electronic reading culture on our society. He packs his punch with intellect–Birkerts is most often musing, not yelling. He poses careful questions, essentially saying, have you ever thought of it this way? Take, for example, a passage from his essay “Resisting the Kindle,” from The Atlantic:

Why, then, am I so uneasy about the page-to-screen transfer–a skeptic if not a downright resister? Perhaps it is because I see in the turning of literal pages–pages bound in literal books–a compelling larger value, and perceive in the move away from the book a move away from a certain kind of cultural understanding, one that I’m not confident that we are replacing, never mind improving upon. I’m not blind to the unwieldiness of the book, or to the cumbersome systems we must maintain to accommodate it…

What Birkerts does so well is draw the reader into an intelligent conversation. Here’s what I’m thinking and why, he says. He also anticipates objections in a way that respects alternate views. As a result, I think a higher quality of discussion follows Birkerts wherever he goes; see the customer reviews for Gutenberg Elegies on Amazon as proof.

I can think of three specific essays by Steve Almond (all from the Rumpus) that caught my eye this year: Going Rogue, Let Us Now Raze Famous Men, and The New Yorker’s One Over Forty. In all of these essays, Almond is agitated. In “Going Rogue,” he responds to a negative review of his most recent book in the New York Times. To preface his argument clamoring for reviews which keep the author’s intent in mind, he says: “This no doubt sounds like sour grapes, given the context. Probably it is.” In “The New Yorker’s One Over Forty,” Almond admits he’s depressed at not being included in the list, and writes, “But my reasons – like yours – are narcissistic and almost touchingly petty. I feel wounded.”

Almond’s humor, self-deprecation, and honesty are disarming. He wrestles with his ego on the page, and acknowledges how it impacts his opinions. He charms you. You cheer for him. You relate to him. Even if you disagree with one of his positions, you’re likely willing to hear him out and engage in the conversation. His essays provoke lively commentary from Rumpus readers, which, like Birkert’s reviews, indicate that he’s engaging readers with his tone and content.

This is lively literary conversation–work that still takes on issues, but with more smarts than venom–and we need more of it.

There’s a passage in Almond’s essay “Let Us Now Raze Famous Men” that I’ve returned to twice. The article is on the Virginia Quarterly Review situation, a situation I do not profess to know much about or want to discuss, and one certainly capable of drawing anger from people. But Almond’s conclusion has a powerful line that attempts to find a point of communal interest in the midst of controversy. The humanity in that gesture–even if it’s kind of a big gesture–is compelling:

We’re going to destroy ourselves as a species if we lose the capacity to imagine the suffering of others. One way to do this – the best way – is via our imaginations, via storytelling. It’s our job to help spread that particular virus, in our work and our lives. The point isn’t to take sides. There are no sides. There’s just the one side. And we’re all on it.

There are plenty of topics deserving of angry responses–genocide, bullying, war, poor support of citizens after a natural disaster, inequality. And by no means do I want to imply that anger should never be employed, or that you shouldn’t write with your hackles up or take sides–sometimes that’s when the best words come, and the vitriol is most necessary. (Just proofread–nothing like a homonym or needless apostrophe to undermine you when you’re incensed.)

To be clear, I’m calling for more intellectual honesty and reflection in the argumentative approach, not dilution of feeling.

We live in an angry time. Our world and online texts are saturated with anger. Media ratings prize polemics. The internet enables mass punditry. But we are wading through complex issues deserving of well-rounded inquiry, reflection, intellectual rigor and compassion. Sometimes we need to laugh at ourselves like Almond, be a little more conversational or intellectually rigorous like Birkerts, or remember our huma
n side. I think we, and our writing and commentary, benefit from the humility.