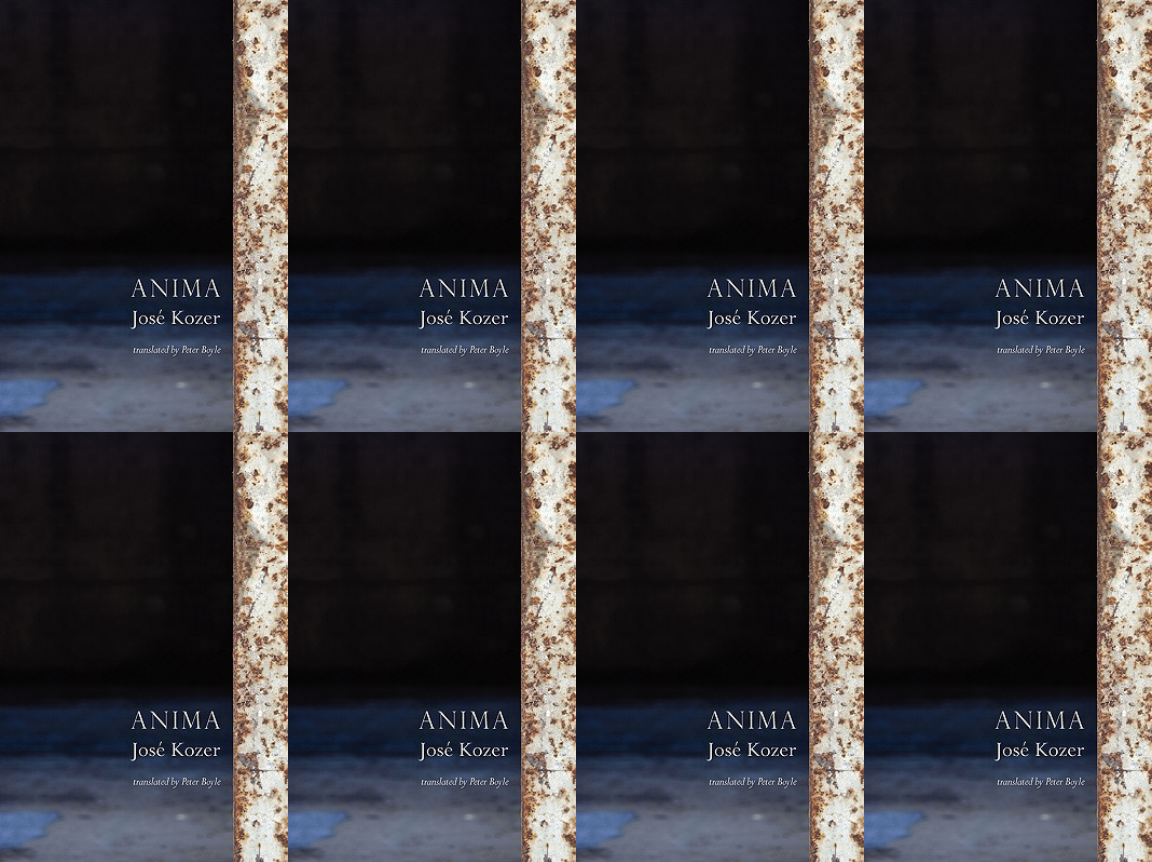 José Kozer, one of the foremost Cuban poets of his generation, was born in Havana in 1940 to Jewish immigrants from Poland, and moved to the U.S. in 1960; Peter Boyle, his translator, is an award-winning Australian poet and translator, who has done his work here with an enviable dedication and skill. Anima is an extraordinary book.

Extraordinary, but not easy. Using images from nature, from classicism, and from the major established religions, Kozer embarks on a quest “in which the last returns to the first….imitative of prayer.” This involves dismantling his carefully assembled identity, ”an (insurmoutable) wall of/granite sharp broken glass/…. bulldog/at the main gate: at the front door,/a cliff” in order to “behold the cogs/ and wheels of the mechanism.”

Deliberately slipping away from full consciousness, he enters a symbolic world that is only very lightly tethered to the realities of objects, logic and time. As the book proceeds, arcane images from his Jewish heritage multiply. The exotic language abandons sentence-structure, and there is a heightened mood of doom. “Your field is onyx poppies coppery green./Flakes of rust fall from the sky they forge onagers./Your eyes sealed wells…”

Throughout the book, he is intent on God, as, little by little, everything goes. He accepts the destruction of what he has previously conceived of as mental health, and in so doing he discovers that words are both the inventions and servants of the mind. About a third of the way through the book the intensity of this ascent (or descent) into pursuit of ‘the Nothingness’ breaks both the poet and the poems, and he returns us (and himself) to an exhausted acceptance of the thingness of things and the simplicity of being.

The destruction of the ego in order to access the self. Picking himself up after the mind’s voluntary annihilation and the subsequent exaltation of the spirit, Kozer comes to the place from whence he can begin to return to the place he started out from. He can contemplate acceptance.

This is not a book for the faint-hearted. It worked on me, rather than for me, in a way that reminded me of the experience of reading Saint-John Perse’s Anabasis. And I closed it with similar feelings—the mind’s irritation at its bafflement and exclusion; the spirit’s exultation at its triumph.

Kerry Hardie lives and works in Ireland. She has published five collections of poetry and two novels. A selection of her poetry is available to American readers in The Wake Forest Book of Irish Women’s Poetry. Her second novel, The Bird Woman is available from Little, Brown. A short story, Kristin’s Uncle Otto, will be published in the next edition of the Missouri Review.