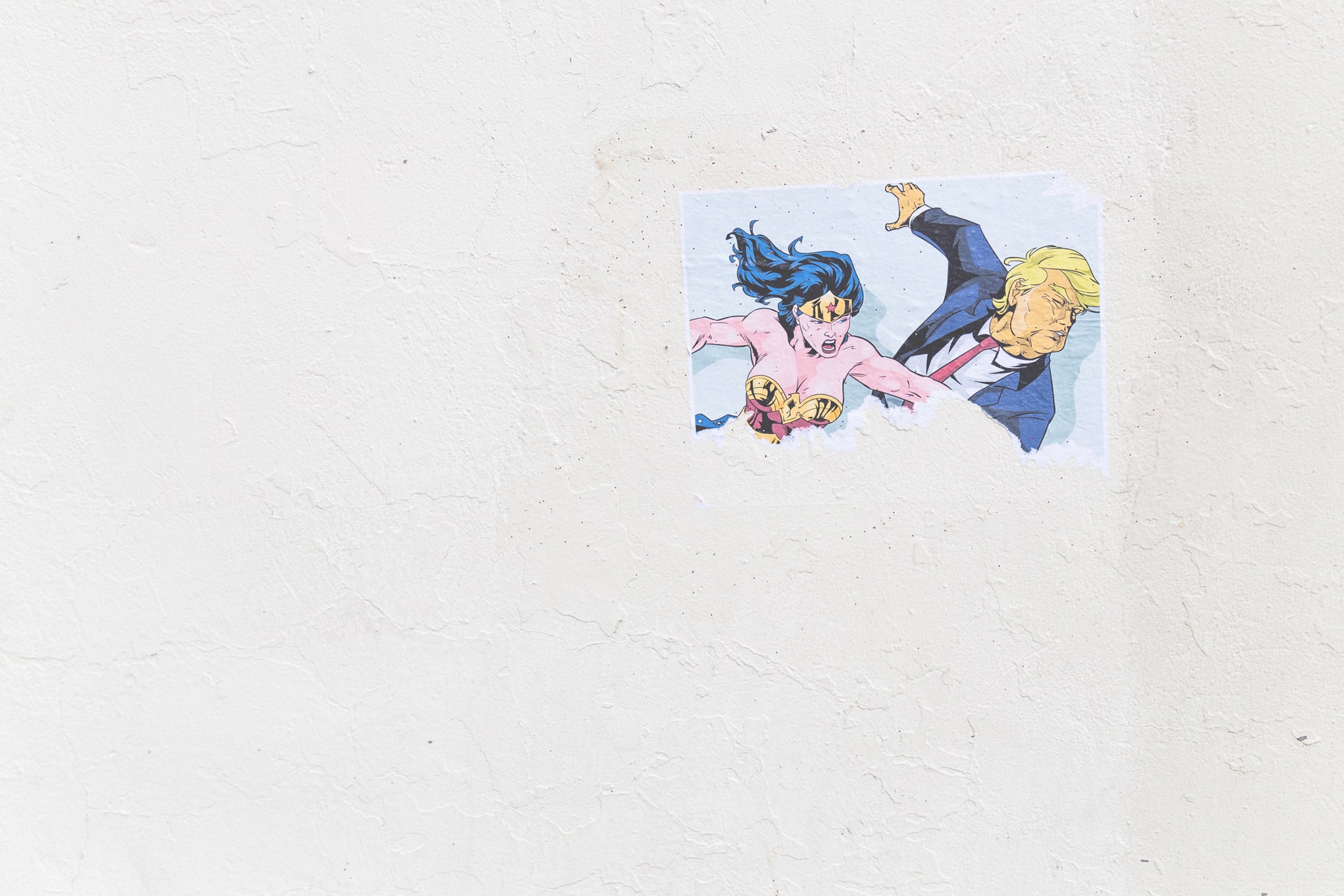 I’ve written exactly one thing on Donald Trump. One piece felt like enough at the time—Got him!—though as a Mexican-American writer, I find myself wondering how many ways one could/should write about the phenomenon that is the rise of Trump and contemporary populist American bigotry. I’ve wondered too is that even my role as a MexAm writer? Is that what I’m supposed to be doing right now?

Some radical honesty: that’s not what I want to be doing right now. At all. Though I’d be lying if I said that conversation—that story—weren’t gnawing at me, practically reaching out to me with its orange little fingers every time I fire up my car radio or television or laptop. That story is as intriguing to me as it is scary.

How many ways should a writer seriously consider engaging with hate? Especially Trump’s brand of hate, based so much on racial fear: Fear of the other, fear of my own brown skin, fear of my interracial marriage, fear of my very existence, which is to say fear of the living, breathing Chicano/Tejano/Mexicano in America.

It’s poisonous for any one writer to think about that for too long, let alone sit down for an afternoon with it and write about it (though here I am and here I go). If I write against that hate does that breath air into the fire? Does my reaction give that hate three dimensions instead of two? Does that, in turn, contribute in giving hate speech legitimacy in the American dialogue? And then there’s the other thing: If I write about Trump doesn’t that just give him more air/screen time? (Though does that even matter anymore?)

It seems like everyday Trump is in the news for some other insane thing. There is always a new person of color or journalist or writer that’s been punched, beaten, arrested, or thrown out of some Trump rally somewhere in America. Even as I write this there’s news breaking of a black protester who was just sucker-punched at a Trump rally in Fayatteville, North Carolina.

It’s all beyond weird to say the least. Though weirder yet, to me, is the deafening silence from my fellow MexAm writers in reaction to Trump. Where are they? And where is their brilliant writing?

Of course they’re out there—probably tweeting something right now—though, as I’ve written about in this space before, I wonder how much the historical stymying of those brilliant voices is not only the deafening silence we hear from them right now, but also the sound of that same machine that is part and parcel of the rise of American bigotry as we know it—the dismantling of the humanities at all levels of education and the intentional exclusion of people of color from the national dialogue, which I’d argue includes publishing, journals, film, the arts etc.

I can’t help but wonder if Trump is what we, as an American society, get now that we have effectively dismantled the humanities in favor of STEM in the schools. I wonder, too, how the dialogue surrounding this election cycle might be different had we more voices of color to draw from, had there been more initiatives like the VIDA count and @WritersOfColor among others thirty years ago. Would that have changed everything? Nothing? Who knows? I don’t though I wonder if that’s what contributes to my anxieties about writing up Trump—the pressure, as a MexAm writer not to mess it up, not to be lazy, not to rest on my Fiction laurels and completely disengage from the things that directly affect my community.  I think I’m unnerved by the pressure, too, to fill some unspeakable void, some radio static with the hope that something (anything) might be heard.  Or better yet, speak back.

Are MexAm writers obligated to engage with the dialogue surrounding Trump?  Sure, I’d say.  If you’re down for it.  Though simply existing is a political act too.  And no small one either.