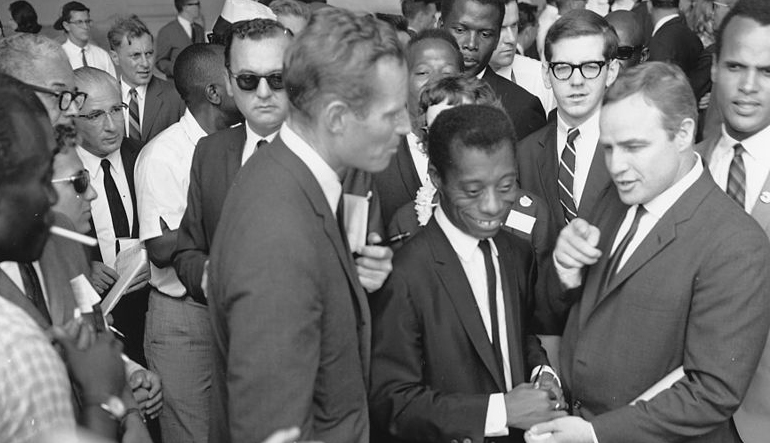 The history of Black people in America is important and extremely complex, which is why film is such a crucial and valuable way to understand it. Specifically, movies based on books that tell Black stories are vital because not only do they depict our experiences, they shed light on a history that is frequently ignored.  Despite being historically underrepresented in Hollywood, our plight—one that includes slavery, racism, and political oppression—is finally starting to be told. From the socially analytic eye of Alice Walker to the political acuity of James Baldwin, the role of Black authors in American culture ranges from providing cutting social commentary to celebrating our groundbreaking achievements. As this country becomes more and more diverse, having people of color reflected in the media we consume is not only vital but absolutely necessary. Here is a list of seven Black films, based on books, that impart riveting insight into the depths of Black joy, Black suffering, and Black life.

This Raoul Peck documentary, narrated by Samuel L. Jackson, is based on an unfinished manuscript by writer and political activist James Baldwin entitled Remember This House. Through a series of interviews with Baldwin, Peck conveys how the incomplete project serves as a precursor to the current racial climate in America.

This adaptation of Alice Walker’s Pulitzer Prize winning 1982 novel, The Color Purple, is set in early 20th century Georgia and tells the fictional hardships of Celie Harris (played by Whoopi Goldberg). Throughout the movie, Celie is a victim of incest, domestic violence, misogyny, and racism. The Color Purple also explores relationship dynamics between women, including the one between Celie and her sister Nettie (Akosua Busia) as well as Sofia (Oprah Winfrey).

12 Years a Slave tells the harrowing true story of Solomon Northup, a Black man who was born free but then kidnapped and sold back into slavery in 1841. The film is based on Northup’s 1853 memoir of the same name. Northup, played by Chiwetel Ejiofor, desperately tries to gain back his freedom but remains a slave for over a decade. He encounters other slaves, like Patsey (Lupita Nyong’o), who are subjected to the same inhumane treatment. Although he is reunited with his family, there is no real happy ending for Northup.

Hidden Figures tells the spectacular story of three Black mathematicians—Mary Jackson (Janelle Monae), Dorothy Vaughan (Octavia Spencer), and Katherine Johnson (Taraji P. Henson)—who worked at NASA and were responsible for launching astronaut John Glenn into space in 1962. Based on the book authored by Margot Lee Shetterly, the movie  places the historic achievements of Black women front and center—a feat that is still rare in Hollywood.

In one of the most important roles of his career, Denzel Washington portrays the civil rights icon Malcolm X in this Spike Lee production. From his time in prison that served as the catalyst for his conversion to Islam to his pilgrimage to Mecca, Malcolm X’s ability to galvanize followers through his Black nationalist beliefs made him one of the most influential leaders of our time. The Autobiography of Malcolm X, which documented a series of interviews between journalist Alex Haley and Malcolm X, served as the foundation for the film.

The 1975 choreopoem by Ntozoke Shange, for colored girls who have considered suicide/when the rainbow is enuf, inspired the 2010 film that starred Kerry Washington, Janet Jackson, and Thandie Newton. The characters in both the film and in the choreopoem are known by color (Lady in Red, Lady in Yellow, etc.) and symbolize the atrocities Black women experience that aren’t usually talked about such as rape, domestic violence, and abortion.

Based on the autobiography by the same name, Long Walk to Freedom chronicles the life of South African President Nelson Mandela (Idris Elba). From being sentenced to life in prison for treason and sabotage during The Rivonia Trial to becoming the first Black democratically elected President of South Africa, Mandela’s story is one of courage and strength.