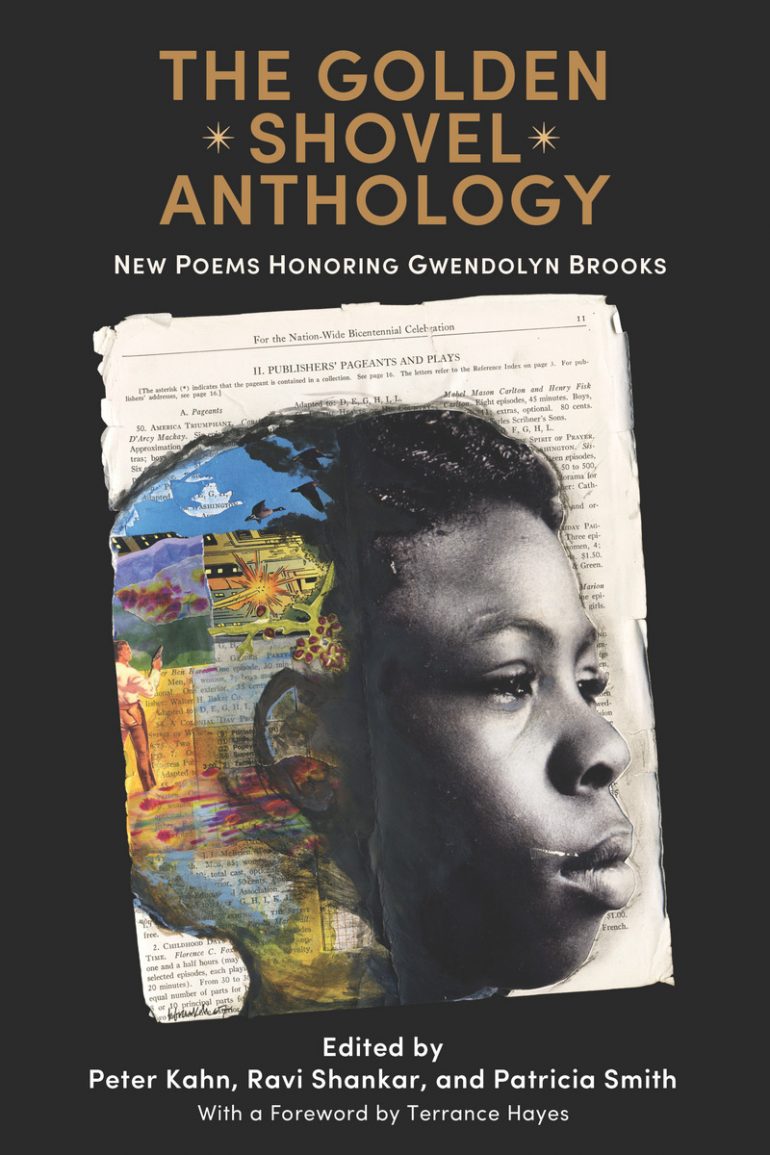 The legacy of writer Gwendolyn Brooks is as complex as it is profound. Not only did Brooks receive critical acclaim for her groundbreaking work—which consisted primarily of poetry and prose—but she did it without having to neglect or abandon her blackness in her work. Her second book of poetry, Annie Allen, placed the trials and tribulations of a young Black girl front and center—ultimately garnering Brooks the Pulitzer Prize. In addition, she was a Guggenheim Fellow and the Poet Laureate of Illinois. As a commemoration and celebration of her work, the University of Arkansas Press released The Golden Shovel Anthology: New Poems Honoring Gwendolyn Brooks. National Book Award Winner Terrance Hayes created the dynamic poetic form from which the compilation derives its name. The last words of each line in a Golden Shovel poem are taken directly from a poem by Brooks. The anthology features a slew of established poets, including Nikki Giovanni, Kamilah Aisha Moon, Billy Collins, and Kwame Dawes. Editor and Chicago high school educator Peter Kahn explains the importance of The Golden Shovel Anthology and the transformative nature of poetry.

Candace McDuffie: The Golden Shovel has multiple editors—you, Ravi Shankar, and Patricia Smith. How did you all come together?

Peter Kahn: I actually had been in a workshop with Terrance Hayes back in the summer of 2010. When I was getting ready for it, I picked up his collection Lighthead. I happened upon the Golden Shovel and I felt a sort of weird enchantment. Initially, I talked to Terrance about doing something like this with my students. A year later, I was at another summer workshop with Mark Doty and Julie Sheehan and I came up with doing this anthology with students of mine as well as professional poets. Julie recommended that I reach out to Ravi as a potential co-editor. He said he was happy to do it. I knew Patricia Smith—perhaps my favorite poet in the world—was a big fan of Gwendolyn Brooks so I got the courage up to see if she’d be the other co-editor. She said she planned on asking me if I didn’t ask her.

CM: Can we talk about how evergreen Brooks’ content is? I feel like in this particular political and social climate, her words remain timeless. Why do you gravitate toward her so much?

PK: Hayes created the form after “We Real Cool” by Brooks, so it was reignited by how her work influenced him. I was fortunate enough to host her for a day for a teacher’s conference in 1996 and getting to see someone of her caliber. . . a Pulitzer Prize winner, a Poet Laureate. . . the way she carried herself was just so humble and generous. I remembered I was trying to walk her from one building to the next for either a reading or a book signing and she would have a conversation with anyone who wanted to have a conversation with her because she didn’t want to turn anyone away. Her daughter talks about how her mother would often sit for two to three hours during signings because she wanted to make sure every single book was signed. When Brooks was asked to judge poetry competitions, she agreed as long as she could provide the prize—which was often a check for five hundred dollars. That’s the kind of person she was and as you said, in these days in the world where generosity and humility don’t seem to be valued, she was a beacon of both of those things. To have both her work and spirit at the forefront of this anthology was just a beautiful thing.

CM: I was hoping you’d touch upon the transformative nature of poetry. How do you approach students who are apprehensive about analyzing and writing it?

PK: I teach poetry to every single freshman and sophomore at Oak Park and River Forest High School, which totals about seventeen hundred kids in the course of a year. About ninety percent of them are reluctant to engage in poetry—they grimace every time they see me [laughs]. They feel like they don’t understand it or they’re not good at it. Or they hate public speaking, which is a huge fear, so the combination of writing and performing it is a lot. But I’ve seen it have a huge impact on kids—especially the kids who wouldn’t have expected it. Parents told me on several different occasions that poetry literally saved their kid’s life; that they were suicidal and if they couldn’t write about what they were going through they wouldn’t have gotten through it. I’ve had students receive college scholarships because of poetry. One of my former students who was very shy—Langston Kerman—now plays Jared on HBO’s Insecure. It’s just remarkable what this art form can do for people.

CM: For those who feel like they can’t be bothered with picking up The Golden Shovel—they already have enough poetry anthologies or feel like this collection isn’t as significant as other books—what would you say to them?

PK: This is a very unique anthology. Number one—it’s celebrating a brand new poetic form and it’s a very accessible form that pays homage to a legend. Number two—The Golden Shovel has a vast range of writers and we were purposeful about that. It has a bunch of my students in it as well as young adult authors like Sharon Draper, Judy Blundell. It has two National Book Award winning fiction writers, it has writers from England, from Australia, from all over the US. The Golden Shovel was inspired by this very important literary figure and it includes original poems by Brooks and the original Golden Shovel poem by Terrance Hayes. How can you not buy it?