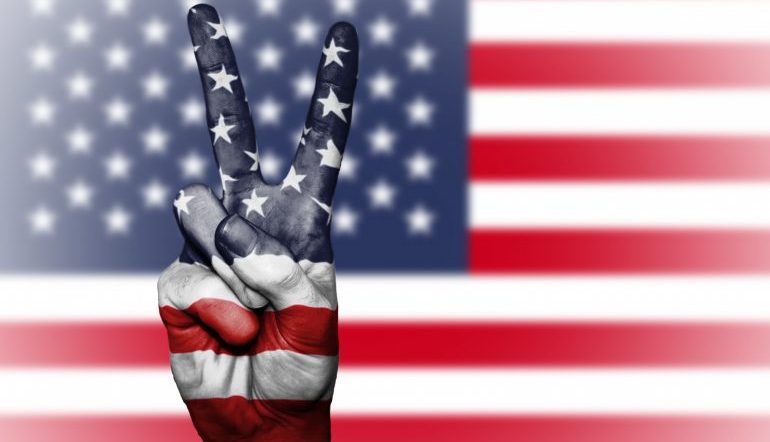 What is the function of the artist and writer in a troubled society? What is our role in these uncertain and precarious political times? From the historic refugee crisis, the rise in bigotry and hate crimes and the perils of climate change, there are plenty of pressing issues to draw from, but is it even possible to wring worthwhile meaning without the perspective that time and distance bring? I sat down with Heidi Pitlor and asked for her opinion.

Heidi Pitlor is the author of the novels The Birthdays and The Daylight Marriage. A former senior editor at Houghton Mifflin Harcourt, she has been the series editor of The Best American Short Stories since 2007. Her writing has been published in Ploughshares, The New York Times, The Boston Globe, The Huffington Post, Labor Day: True Birth Stories by Today’s Best Women Writers, and elsewhere. She currently teaches in the low-residency MFA program at Regis University in Denver. She lives with her twin daughter and son and her husband outside Boston.

Annie Weatherwax: How do you suggest that writers and other artists cope with our current political climate?

Heidi Pitlor: These are intense times. Upsetting news about our country comes daily, often hourly, and writers and artists, people who by nature are highly sensitive to their surroundings, have to strike a balance between remaining productive, creative—and staying informed. I’d advise going back to the basics: connecting face-to-face with people, nurturing your relationships and friendships, immersing yourself in immediate sensory experiences, reaffirming your priorities, rediscovering old pleasures. But also it is imperative right now to take action in whatever form makes sense to your life. We must reach out to people being targeted by bigoted acts and rhetoric. We must try to be present and kind.

AW: How do you think this current political climate has impacted writers’ voices?

HP: I think it’s too early to know. It’s going to take a while for a broader, deeper understanding of our times to develop and for this to translate into literature and art. The state of the country is in flux. If you’re writing something set in the current moment, you’re writing about a moving target because change, especially now, happens so quickly. Some half-joke that contemporary fiction has morphed into dystopic fiction and what we now or recently considered realist fiction will soon be seen as historical fiction.

AW: What is the writer’s role in protecting freedom of speech?

HP: Writers need to advocate for and support other writers. This means, if financially possible, buying books at independent bookstores, attending readings, writing reviews on Amazon and Goodreads, and buying and reading newspapers and magazines. We need to support our local libraries in whatever ways we can. We need to stand up for journalists and writers who are targeted for criticizing what is true. Whether on social media or in daily conversations, we need to inform each other about these incidents and rally behind the victims in whatever ways possible. PEN is a wonderful organization that actively supports free speech—writers should consider joining their local branch of PEN and attending or taking part in their events. The only way we can protect our free speech is by actively supporting it.

AW: There’s been a lot of talk about the end of Truth. What is our role in protecting truth?

HP: Revealing some form of truth may be one of the writer’s most important jobs. The unending onslaught of bad news prompts many of us to withdraw in order to protect ourselves. We can only take in so much. But if we withdraw too much, we risk losing touch with truth, or worse, growing numb to it. We risk coming across a news story that in years past would have outraged us, but now merely makes us wince or shrug. Siddhartha Mukherjee had a great speech that appeared in the New Yorker recently. Mukherjee discussed Anton Chekhov’s travels in a Japanese penal colony. Chekhov left czarist Russia and went to this small island with the aim of resensitizing himself as an artist and a human being. We need to keep perspective, kindle our outrage but not let it destroy us. This is no easy feat, but plenty of artists have lived through oppressive regimes and continued to make great art because of or despite their surroundings. Outrage and raw emotion can certainly drive the artistic spirit.

AW: How do you think the marketplace limits what voices are heard? Has capitalism unwittingly created its own form of censorship?

HP: When our best writers aren’t valued properly and are not paid fairly, the only voices that can be heard are those of the people who have the time and resources to work for nothing or next to nothing. Without the support of the NEA and local government funding, writers are left to rely on private sponsors and/or the whims of the marketplace to directly fund their work. I do worry that in pure capitalism, which some in this country desire, good art, which takes time and resources to develop, will become a luxury, something only made and enjoyed by the 1%.

At the same time, social media and online book sales have had a democratizing effect. Everyone can post their opinion about a book. There is wider access to these opinions than ever before, and so word-of-mouth is far more powerful than it used to be.

AW: Art & politics—there are some camps that think they should never mix. What’s your view? Are there times in history when pure aesthetics is more desirable? Is there ever a time (like now) where mixing art and politics is more imperative?

HP: I think every artist is and should be different. For me, this has been a clarifying moment. We are really seeing the bigotry, sexism, racism, homophobia etc. that has been hidden just below the surface of our country for so many years. Personally, I can’t separate politics and art. Long ago, as an undergraduate, I studied political science. I’ve always had strong convictions about women’s rights and civil rights. The current situation in our country has, to my mind, bled beyond the usual confines of politics. So much is at stake, from civil rights to education to safety and security and the environment. Essentially, the future is at stake. I myself am unable to write about anything that feels less urgent right now.

AW: Doctors take The Hippocratic Oath—a pledge to do no harm. If writers had to take a similar oath, what would be?

HP: I will end on a lighter note by saying that writers should pledge not to read their own Amazon or Goodreads reviews. This amounts to an act of kindness to their spouses and close friends.