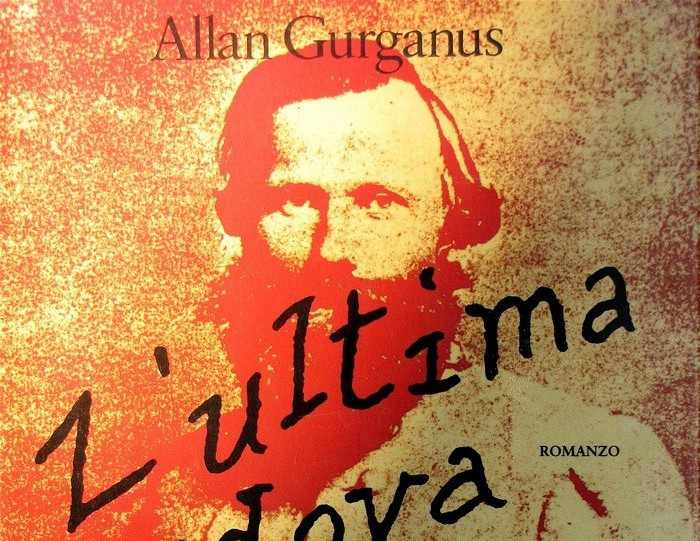 I’ve been aware of Allan Gurganus since I was a few years old; we hail from the same small town, Rocky Mount, North Carolina, and his books lined the shelves of homes I visited, and the local library. Turns out his name was also in the New Yorker, and when I was nine, his book The Oldest Living Confederate Widow Tells All spent eight months on the New York Times Bestseller List. I’ve always admired Allan’s willingness and ability to dig in to the mess of life, rarely saying what “ought” to be said, but what is genuinely felt, and plumbing uncomfortable subjects like race and sexuality before doing so was common, especially in the south.  His first New Yorker story “Minor Heroism,” published in 1974, was the magazine’s first story to feature a gay character, and his work has continued to be elegantly radical, erotic, and full of eerily good sentences. Moreover, I continually find bewilderingly great and generous advice in Allan’s interviews, and knew I must ask my own questions.

Megan Mayhew Bergman: When you look back on your career as a writer, are you able to see a single moment where the clouds parted, momentum changed, and your career began? (Perhaps with the publication of your first New Yorker story, “Minor Heroism”?) Do these moments happen or are they made? What do you make out of the alchemy of talent, luck, and hard work when it comes to a writer forging a long-term career?

Allan Gurganus: Readers sometimes praise a writer’s self-discipline. They say, “I know I couldn’t wake up at six and make myself type about the same characters all day.”

A writer’s discipline should simply be called “obsession”. That word literally means “To sit before.” The way some pilgrim must bow daily to Mecca. Maybe our obsessions choose us. Obsessives tend to think that anyway! And writing is surely a better addiction than most.

But my “career”? That adult noun starts—like stuttering or finger painting—as a messy compulsive kid’s activity, a definite verb.

A friend recently brought her six year old daughter to my house. This girl must have liked its paintings, sculpture, easels, clutter. Soon as she was about to leave, the child widened her stance and announced with clear, perfect earnestness, “I am an artist and I will be an artist.”

Wow. I remembered feeling that at six, (though I lacked the nerve to tell any adult.) The girl’s life-statement seemed a motto; I asked a classicist to translate it into Latin. I sent the kid a copy: “Ego artifex atque artifex ego.” Words to live by.

Maybe the first day of artistry is the knowledge you were born to do it. What starts as a wish for exemption (from gravity, somberness) is actually an escape leading straight into civics and toward others.

I’d started as a painter. By age twelve, I made nearly as much money selling my oil paintings as I did mowing neighbors’ lawns. I studied Public Library art books to discover what I could not yet do. An obsessed kid in a small town, I “sat before” great painting.

Come 1966-69, on a US Navy aircraft carrier during that pointless Vietnam War, I had to shift my fascination from oil paint to fiction. The USS Yorktown lacked an art studio but had a library. I’d already learned how to teach myself painting.  Onboard, at sea, I saved my sanity through books and soon imagined making one really good one all my own.

I worked a solid year on what became that first published story “Minor Heroism.” But, all my years of drawing underwrote its over-writing!  When does the “career” actually start?  You take obsession, add a certain sort of talent, then give those elements whatever booster shot makes you need to do only this.  There’s a drive to funnel everything through the versatile nozzle of storytelling. I’ve tried to get whatever mattered most to me onto one white page.

I still consider myself a beginner. My books so far seem Field Notes from expeditions that were themselves far more interesting.  But oh I have grand hopes for my next attempt and, once that one’s done, the next.

MMB: Your work has not shied away from social issues, or one might say “morality”.  What are your guiding principles for working with morality in fiction?  How do you keep the narrative larger than the idea?

AG: That word “Morality” sounds Baptist and, like firearms, is usually aimed at others.  But “ethics”? I warm to those. Played out in bad choices and local actions, ethics fascinate me.

The rarer they are evidenced in recent public life, the more essential they become to our current literature. Literature is not a behavioral guidebook. Its very fossil fuel is wrongdoing.

Just consider, ethically, morally, contemporary sports. When I was a kid, Sports were viewed as character-building. Sports meant to teach our young fair play. Today’s champions frankly depend on drugs, secret blood transfusions. FIFA’s lifeblood is the swamp of bribery. Teams routinely hack each other’s secret email. They hire lip-readers to deduce what’s being said in yonder huddle. Sports were once meant to teach morals and a general group compassion; they today model successful corporate espionage. Maybe the secret value of psychopaths like Lance Armstrong or Roger Clemens is showing how far and fast all idols fall.

No, I never set out to write about Morality. I am no expert and certainly no exemplar. I do, however, habitually create characters in trouble, folks that must choose between winning illegally or losing honorably. My team of characters, they truly intend to be virtuous—right up till that starts making them appear to fail. Then the story gets interesting.

One of my proudest achievements is how my novella, “Blessed Assurance, A Moral Tale” has become part of the ethics curriculum at the Harvard Business School. This story is told by a sixty-year-old millionaire once forced—when a poor boy—to compromise. He sold out his favorite early client in a funeral insurance scam. His future required this single inaugural sacrifice and—to save his own working parents and himself—he traded in a seeming stranger.  You see, I am not writing about Morality; my subject is how one sixteen year-old Jerry let the aged African-American Vesta Lotte Battle die unrewarded so Jerry could ethically tend to his own white ailing family.

MMB: A line from one of your interviews changed not just my writing life, but my life. You said, “…we must fight to allow ourselves the consolations of beauty.  Puritans, we’ve never quite trusted it.”  I felt something open up in me when I read that line, a relief of sorts, as if you’d given me permission to see more and let my heart be a little messier.  We seem to be in a cultural moment when the masses might be open to a shift in the definition of beauty (she said, hopefully). What beauty have you found lately? What is moving you these days, as a writer and human?

AG: Thank you, that’s a question I’ve really been needing.

I urge my fiction students to put something funny on each page and something beautiful on every other one. At Duke, a straight-A pre-med undergrad jotted this this hint then raised a hand, “Now, just to clarify, when you say ‘funny’, when you say ‘beautiful’…”

I stopped him, “That’s where YOU come in!”

Screen-jaded as we are—we long ago forgot how beautiful the actual world is.  We’ve lost sight of what consolation that might offer us if we still considered Nature something more than poor Wi-Fi reception.

Confucius claimed the purpose of poetry was to teach our young the names of birds and flowers and national heroes. Shouldn’t some pleasure, some residual wisdom, rise up off every other page?

That Duke student had to ask himself, “Now, what is funny and what beautiful?” He’d just got a question worth his semester!  Without humor, we’d all be dead in three days. And as for beauty…

My garden gives me jolts and lessons and a succor nearly unexplainable. I send my organic trash down into it and—as with fiction—new beauty emerges daily from far below.

I just turned sixty eight.  My definition of the beautiful has aged accordingly. After decades of speed, I now acknowledge how formative the Eventual truly is. A writer’s major tool is his own major subject: memory.

Today, I find it easy enough to act my own age. Pretense exhausts me. I don’t dye my hair. I don’t brag about any former fading skills. As more years inhabit me, I try to push right back. I intend to keep marveling at everything still left me as an artist—which means my being just another observant citizen of time. I feel more and more glad for the luck of having a memory, one ruddered and bench-pressed by the organizing obsession that writing daily offers.

Beckett claimed, “Most people want to have written.”  I still want to…write.  And my good fortune is: I’ve not yet created quite the great book I always intended.

—Odd but, just this second, that work seems so clear. It shines like a goal or altar. Right now it seems I could simply heave up from this chair and, at a pretty fair clip, run toward it!

I am still the artist that I will be.