Home
»
Interviews
»
“As a writer, what history or current events do I have permission to write about?”: An Interview with Jihyun Yun 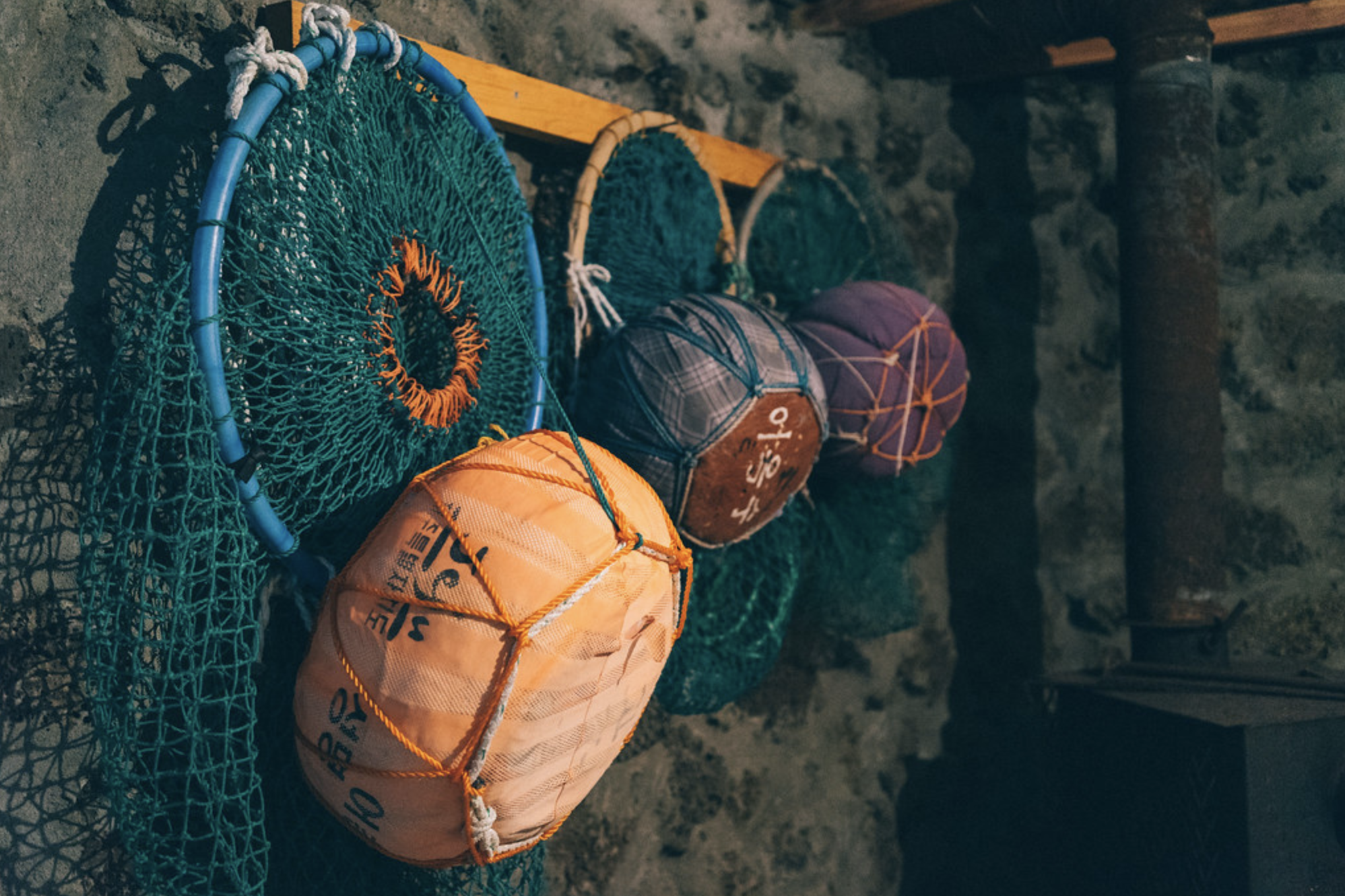 The first time I heard Jihyun Yun read, her poems immediately struck me as deeply attentive and empathetic in their approach to personal, familial, and community identities. Her work is filled with concrete sensations—descriptions that don’t eschew the gritty, messy side of anything alive—that serve as prisms for questions dealing with the historical as much as the personal. Night markets in “The Crab” display “gurgling tanks / of sea spawn: snails, young eels born / for smoke, coal, skewers, / the blood clams loll, tongues over shell lips”; the speaker in “Recipe: Dak-dori-tang,” cooking with her grandmother, instructs the reader to “Splay the hen on the cutting board’s / yellowed face. With a well-loved blade / caress the goosed skin off, and most of the fat / leave just enough to render / and coat the bottom of the pot.” Food, womanhood, and the complex entanglements of history, myth, nationhood, and migration abound in her poetry, leaving the reader with the understanding that cooking—feeding oneself and feeding others—is a primal act of love and transmission.

Yun’s focus on these issues shines a light on the urgency of understanding who we are, how we speak, and when and where we stand in order to reclaim power that has been lost, and to forge connections with one another. The way she experiments with voice and form underscores this—take, for example, “__________ Found Dead in a Ditch.” A woman, in the poem, has been found dead. By refusing to name her, Yun offers a commentary on the frequency with which this violence occurs, while also forcing the reader to confront who is at the root of this violence, and the ways we forget women who have been victims of violence on a daily basis.

Yun’s poems never let us forget that experiencing womanhood means dealing with normalized violence, but they also provide a space to reclaim the multiple aspects of womanhood from which one may draw strength—a figure, half-girl, half-pig, auspicious, mythical, and empowering, for example, appears in various poems (“The Leaving Season,” “Savaging”) as agent of and witness to this process of reclamation. Yun’s poetry is layered, conjuring multiple voices that cannot be contained. Weaving together her experiences of womanhood, of her Korean-American heritage, of her place within diaspora, she goes beyond simple dualities, privileging instead what remains irreducible in the face of neat labeling.

In 2017, Yun went to Korea as a Fulbright Junior Research Grantee to learn and write about the free-diving women of Jeju Island. The evolution of her project raised questions for her about the ethics of integrating voices into one’s writing, echoing the broader conversation about persona poems and who gets to speak in poetry. I recently spoke with her about this project, her relationship to her writing, and her forthcoming work.

AK Afferez: Can you tell me a little about your Fulbright in Korea? What inspired this specific project?

Jihyun Yun: I was a Research Fellow with a creative writing focus. Initially, my grant purpose was to write a collection of poems constructed around my observations and interviews with the Haenyeo (the elderly female free-divers who operate in Jeju Island). I chose this project because of a long-time interest in the Haenyeo, and more selfishly as the daughter of a woman-dominated family, a desire to pay homage to a uniquely female aspect of my Korean heritage. Traditionally, the Haenyeo were the primary breadwinners of their villages and are renowned for their strength, not only when it comes to the physical fortitude necessitated by the physical harshness of their work, but in terms of societal movements as well: many of the island’s prominent activists and conservationists were and are Haenyeo. My initial project was an idealistic one built on a history of admiration, but it wasn’t until I actually began my fieldwork that I realized both the utilitarian and ethical concerns of such an undertaking.

AKA: How did you organize your time there? Had you made a plan and then you stuck to it, or did you find yourself faced with unexpected obstacles, detours, and epiphanies?

JY: I had flexible plans. I wanted to build genuine rapport and trust with the Haenyeo naturally rather than formally requesting an interview, as I thought that would lead to the most organic stories. I met most of the Haenyeo I ended up talking consistently with through personal introduction (most often their children or grandchildren who I met through serendipity as I traveled and stayed at guest houses around the island).

About midway through my grant though, I decided to significantly change direction with my project. A few months into my fieldwork, I began to feel misgivings about having my entire manuscript be poems about the Haenyeo without any sort of other contextual buffer keeping myself as the poet from wrongfully taking on their guise. I began to feel guilty for appropriating this tradition with such immediacy in my work, especially as it is a history that has little to do with me objectively as my family is from the mainland and have never done such tactile work.  As an outsider, I couldn’t shake the feeling that I was on ethically shaky ground, and because language is such a living, sentient thing, the poems were reflecting that in their weakness. I realized that perhaps I should not try to take up space as an outsider about this particular topic, especially as there is already much poetry being written about the Haenyeo in Korean by individuals more intimately involved with them (i.e. The 2017 collection 해녀들 by the poet and Jeju National University instructor 허영선).

AKA: How did moving in this transnational space affect your own relationship to yourself, your sense of identity, and most of all your writing?

JY: One of the most salient feelings I came away with from the Fulbright was the realization that I will always identify myself as a second-generation immigrant before I think of myself as either Korean or American. Before the Fulbright, I’d never had the means to travel to Korea, so my first experience with the nation of my mother’s birth and so many of her best memories was at twenty-six years old. I think a tender part of me hoped to feel a sense of homecoming or of something unknowable clicking into place when I arrived in Korea for the first time. This, of course, was foolish of me and didn’t happen, but also it imparted a strange sense of comfort in my identity and the way I must seek home in communities and not places.  It also made me wonder about permission in a way I didn’t entirely think through before travelling and having to renegotiate my identity with myself. As a writer, what history or current events do I have permission to write about and from what angle must I interrogate from? Where do I stand on the spectrum of poets writing from a place of diaspora? These are questions I’m still grappling with.

AKA: What projects are you working on now? Where is your writing headed?

JY: Lately I have been working on a series of poems in which I embody various flora and fauna being hunted or culled. I actually started writing these poems during the Fulbright. They began as a series of poems from the perspective of the mollusks, fish and various sea creatures the Haenyeo harvested, and then they moved on to being mostly about invasive species being dispatched. I think these poems are a way for me as a woman of color who feels often imperiled to wonder about the sometimes arbitrary ways worth is attributed or taken away from an entity, [about] what is deemed worthy of preservation or mourning or besieging. I’m also working on a long-form essay about my time on the Fulbright, grappling with my sense of failure on the grant and reconnecting with my recently repatriated grandparents in Seoul. After finishing the final draft of my first full-length manuscript, my work has become a calamity of diverging paths, which I find thrilling. I intend to chase each path to their ends.