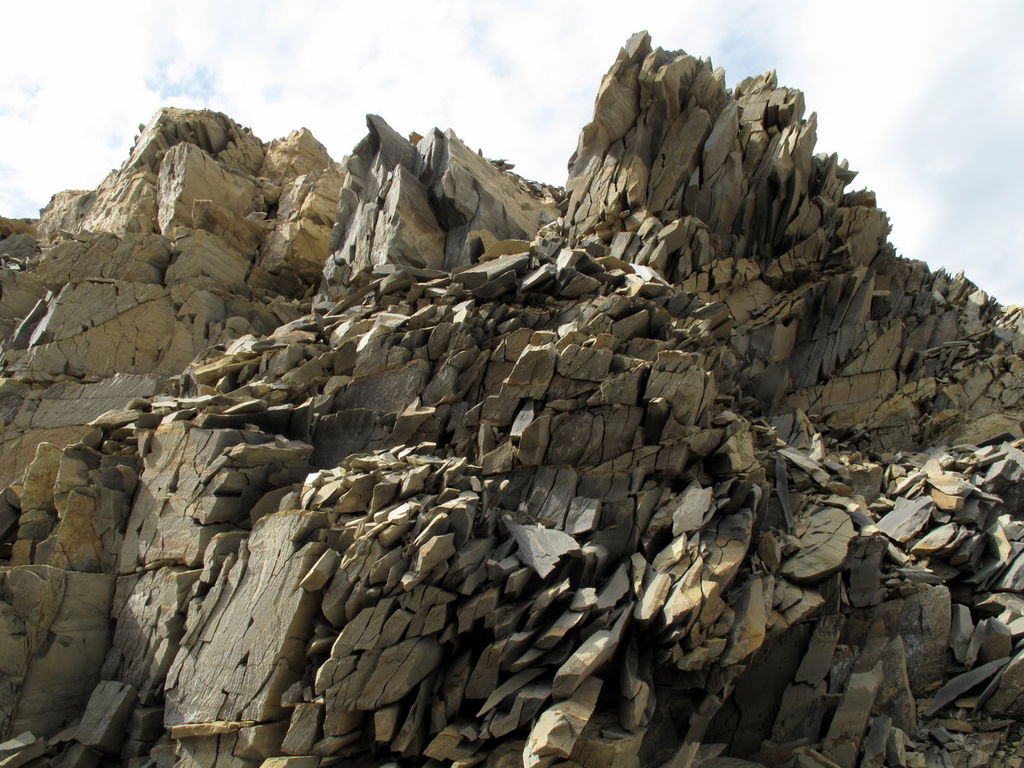 In Paper Machine, Jacques Derrida asserts that he “believe[s] in the value of the book, which keeps something irreplaceable, and in the necessity of fighting to secure its respect.” He frames the act of writing as both homage and destruction, a simultaneous dismantling and preservation of literary convention—after all, artists choose what traditions are truly “irreplaceable” and bear them into the future, while discarding other aspects of their artistic inheritances. These choices, for many writers, are what instigate that “fight to secure respect,” the recognition of a work as being part of a lineage, despite the violence the author has done to it.

Three recent poetry collections do justice to the complex relationship between artistic tradition, perceived legitimacy, and rebellion: Anne Champion’s The Good Girl is Always a Ghost, Carla Harryman’s Sue in Berlin, and Thicket by Cate Peebles invoke familiar literary forms—namely couplets, tercets, and pristine prose paragraphs—only to reframe them as vehicles for feminist critique. Rather than discarding tradition altogether, these three gifted writers have chosen to summon the authority of an artistic lineage only to rebel.

In many ways, this disruptive impulse is most visible in these writers’ handling of the familiar. Because we are deceived by a text that looks like what we know, we are willing to follow its author to the very periphery of what can be said with language. In such a way, an outmoded artistic repertoire is made to house truly provocative assertions about language, gender, and their relationship to the female body. As Champion herself notes, “The finest thing a woman can wear is her untethering.”

Champion’s The Good Girl is Always a Ghost harnesses a vast range of forms—among them couplets, tercets, quatrains—from a mostly male literary tradition. As the book unfolds, these vestiges of literary convention are utilized to comment on the containment of women’s voices, their bodies, and their sexuality. Presented as a series of persona poems in the voices of female historical figures, or epistles directly addressed to them, Champion’s work is immediately reminiscent of Julianna Baggott’s Lizzie Borden In Love: Poems in Women’s Voices and Kara Candito’s Taste of Cherry, among many other feminist texts.

The poems in Champion’s collection span the full range of histories, regimes, and cultural milieu—the icons engaged include Marilyn Monroe, Eva Braun, Anne Frank, Rosa Parks, Judy Garland, Jackie Kennedy—and a wide variety of themes, but the work is unified by the friction that exists between form and content. Champion calls our attention to the ways these women’s voices resist the strictures of convention, and the language itself strikes sparks against its seemingly orderly presentation. She writes in “Eva Braun, Mistress to a Monster”:

and demure—the weaker I am, the more
he loves…

Here, Champion’s lineation is especially telling. As she transitions from “I don’t threaten” to “authority,” the syntactic unit is literally halved, suggesting that the speaker does in fact maintain the potential to disrupt, to challenge, and to do violence to the established order. But the stanza break between “painted pretty” and “and demure” suggests the speaker’s hesitation, a bit of uncertainty and interior drama surrounding her traditional female role.

Though highly skilled with respect to her use of inherited forms, Champion often chooses the most poignant moments to break the patterns she’s established with respect to lineation, the length of stanzas, and the breadth of her lines. She writes in “Eva Peron,”

Don’t ask me what they worshipped in this
disintegrating body, my heartbeat like skipping
stones across a lake. I used to love like a woman

famished, take men like a slingshot, like the bed
was nothing but a sky without a trace of storm.

Champion’s jagged margins evoke the speaker’s own restlessness within her “disintegrating body,” which the poem’s neat tercets ultimately fail to contain. The book is filled pieces like this one, in which familiar forms are subtly varied, whether through the visual presentation of the work on the page, an irregular margin, or an abrupt end mid-couplet or mid-tercet. Champion writes, as though reflecting on this repertoire of inherited form, “I can’t understand this machine / of grief, its solitary gears, / its churning, its malfunctions.”

In Thicket, Peebles continues Champion’s provocative meditation on the ways language and artistic convention work to contain women’s voices, exploring the ways that inherited forms, and even grammar, lend an artificial sense of order to disruptive narratives and experiences. Presented as a series of short-lined poems and prose boxes with wide margins, Peebles ultimately uses these familiar forms to create a sense of claustrophobia on the part of the reader. These seemingly innocuous couplets and prose boxes are made to house critiques—of their limitations, their arbitrary nature, and their implicit politics.

Peebles writes, for example, at the beginning of the collection:

by their hoary roots & thrown over the grounds
like mottled cadavers, before or after the century turned,

before we returned from abroad & moved forward…

By setting the poem in Versailles, Peebles gestures at the unacknowledged privilege inherent in the artistic tradition she has inherited, and continues to inhabit through her use of received forms. At the same time, the speaker’s voice seems to resists the orderly structure of the poem’s couplets as she recounts what are truly disruptive sensory experiences (“mottled cadavers” and the “hoary roots” of oaks, to name only a few discomfiting images). When considering the rhythms of the poem, the line seems to exist in tension with the syntactic unit, perhaps as a way of gesturing at the inherent artifice of the form and the manner in which we attempt to give structure to an incongruous and unruly experience of the world around us.

As the work unfolds, the “thicket” emerges as a metaphor for language itself. The work’s central question, then, revolves around the nature of change, and the creation of a more just structure for shared communications. In other words, is it possible to inhabit a forest, whether literal or conceptual, that is ultimately violent and threatening? Can we create something new there without tearing down what is old? As Peebles herself writes, “When the flood comes / we will be on our phones / searching for how to save ourselves…”

As the book continues, Peebles upholds the dialogue between tradition and innovation as a new frontier for many feminists. She writes near the end of the collection:

I don’t know exactly
what real life is like: I know there are men posed,

contrapost, in perpetual reward; jars of a dynasty’s
hearts and spleens; all matter of admissions to

the netherworld—a body in a box & the box
in a box in a chest in the ground.

Like Champion, Peebles remains skeptical of the neat “box in a box” that is our life in language, leveling these criticisms from within the most familiar of poetic structures. She gestures at the violence implicit in imposing an arbitrary structure on “real life,” yet also the necessity of shared experience of language for creating a feminist consciousness.

Harryman, too, explores the relationship between language and gender, turning to invented and hybrid forms as a way of bridging the gap between tradition and innovation. Presented as a verse novel in discrete episodes, Sue in Berlin calls upon verse plays, lineated poetry, dramatic scripts, and the lyric essay to create a single narrative that is marked by provocative rupture and interruption. She writes in the opening lines of Sue in Berlin:

The collection begins with language that is accessible before pushing beyond tradition. The philosopher Paul Ricoeur once distinguished between symbolic language, which is language that generates meaning, and the language of signification; here we are in the realm of signs, not yet in the work’s richly imagined metaphorical terrain. This choice speaks to Harryman’s carefully considered approach to experimentation, to entice the reader with what is familiar only to make them question every preconceived idea they may have about language, form, and what is possible within them.

In one of the book’s final verse plays, “Anti-Masque,” Harryman writes:

C2 (younger): Heart in hand on wheel
Head on shoulder in window
Pale in winter with slow time
Tree in shadow by piano
Frequent a stirring a template
Model for me at breakfast…

Her adherence to the conventions of grammar, syntax, and narrative early in the book open up a space for her to experiment boldly in the work’s later passages. Here, the poetic line replaces the sentence as the primary unit of meaning, each enjambment marking the beginning of a new vocabulary of imagery, a new metaphor, a new logic governing the language that unfolds before us.

If a writer must, as Derrida argues, fight for respect after doing violence to literary tradition, these three gifted writers navigate this lingering conflict by stealing the very thing they had once wished to dismantle. By invoking the forms of a mostly male literary tradition, and summoning their implicit authority, they provocatively reframe a tradition that works to contain women’s voices. Pragmatic and strategic, such an approach recognizes the necessity of a shared language and artistic repertoire, however fraught it may be, for creating a feminist consciousness. After all, it is the familiar structures of an inherited tradition that allow one to speak and be finally understood, to describe the contents of a room before burning it down.