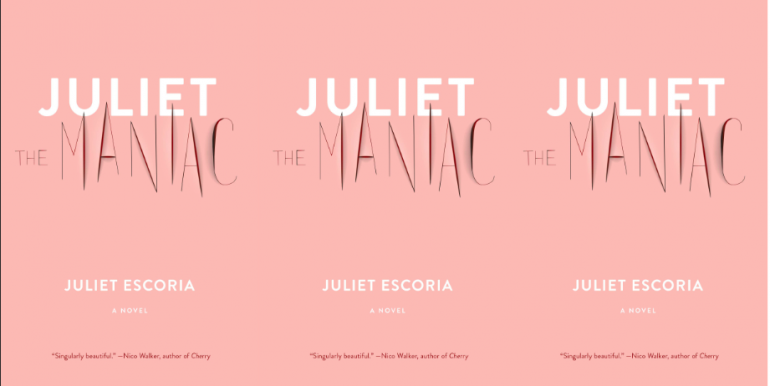 Although our culture’s relationship to fiction and truth has evolved, autofiction, a form of fictionalized biography, has been around as long as people have written books. Jonathon Sturgeon argues, in an article for Flavorwire, that the genre dates back to at least the eighth century BCE, when Hesiod wrote the epic poem Works and Days. In graduate school, I took a year-long seminar on Marcel Proust’s In Search of Lost Time, another famous work of autofiction that predates the term’s 1977 invention by Serge Doubrovsky, referring to his novel Fils. The genre has, however, recently seen an uptick in new entries—see the novelists Jenny Offill, Teju Cole, and Rachel Cusk—and Sturgeon believes these additions to the category signal a change in our cultural tastes. “We’re witnessing instead the induction of a new class of memoiristic, autobiographical, and metafictional novels,” he writes, “that jettison the logic of postmodernism in favor of a new position.”

Juliet Escoria’s autofictional novel Juliet the Maniac is one such work. When the book begins, Juliet is fourteen, a star pupil in her Southern California high school, but her life begins to unravel as mental illness sets in. Juliet engages in self-harm, has reckless sex, and begins abusing drugs. “I would have been alarmed but everything was glistening and pulsing and alive,” she says of her teenage self.

The book is peppered with artifacts from the author’s life, including the note she wrote to her parents and slipped under their door to explain how hallucinations had recently affected her behavior. After Juliet’s first suicide attempt, Escoria provides the reader with a scan of her hospital bracelet as well as copies of her treatment plans written by her therapists at her therapeutic boarding school. Escoria uses the visual aids of these various scanned documents to show the institutional support she relied on for diagnosis and treatment but which failed her time and again. As a result, this autofictional novel serves as a conversation between Escoria’s teenage self and her adult, authorial self.

The book’s fragmented storytelling style—an amalgamation of medical reports, patient logs, handwritten notes, and letters from her future self to her young self—also helps the reader piece together a truth of her illness and recovery while experiencing some sense of the same disorientation Juliet feels as the symptoms of her bipolar disorder begin. Juliet’s journey through the healthcare system—psych wards, psychiatrists and therapists’ offices—results in the medical establishment further traumatizing Juliet while genuinely trying to help her. Her parents love and support her to the best of their ability, too, but are completely bewildered by the recent changes in her behavior.

The matter of truth in this novel, then, becomes not just an expression of the autofiction genre but a worthy subject in its own right. Juliet’s admission to her parents that she is experiencing hallucinations—although she recognizes these visions may not be reality, they feel very real to her—results in her parents sending her to an unsympathetic therapist. Without the ability to accurately express what’s happening in her mind, Juliet feels powerless and scared of herself. To cope, she turns more and more frequently to drugs, inducing a new series of hallucinations and altered reality. She cannot tell her real story to the adults around her, but she can to us, her captive audience. As a writer, Escoria imposes a narrative structure on the mania brought on by her bipolar disorder and drug use, creating a narrative truth distinctive from the reality she experienced at the height of her mental illness.

When her time at home eventually becomes too fraught, Juliet’s parents take her to Redwood Trails, a boarding school for teens struggling with mental illness and often addiction. The book’s second half, which takes place at this school, is populated with characters and scenes that finally ground us in a reality Juliet finally seems to trust. She finds a boyfriend, confides in real friends, and has (mostly) benevolent supervision from camp counselors. “‘You’re sensitive,’” a night shift counselor says to her. “‘And that means extra pain, extra loneliness, extra sadness. But it also means extra joy.’” Without the ability to numb these feelings with drugs and with the steadiness of the routine of supervised medication each day, Juliet’s “extra” feelings become confidence, which turns into something like optimism.

Near the end of the book, we witness the stabilization of Juliet’s mental health. As readers, we watch her begin to make decisions differently and recognize that she has made a commitment to staying healthy, sober, and alive. Our confidence in her, we realize, developed long before her confidence in herself did.

The nonfiction elements of Escoria’s book, we see, have both heightened the stakes of the reading experience and provided us with a fuller story—what others saw and how that diverged and overlapped with what Escoria actually experienced—than what could be provided by fiction alone. By the novel’s conclusion, we understand that as both a writer and a character, she is no longer at a remove from her own life. Instead, she has confronted big truths and landed in it again. She has learned to trust herself and her own beliefs—that she’d rather live than die and that she can use the pieces of her life to tell the version of it she experienced.