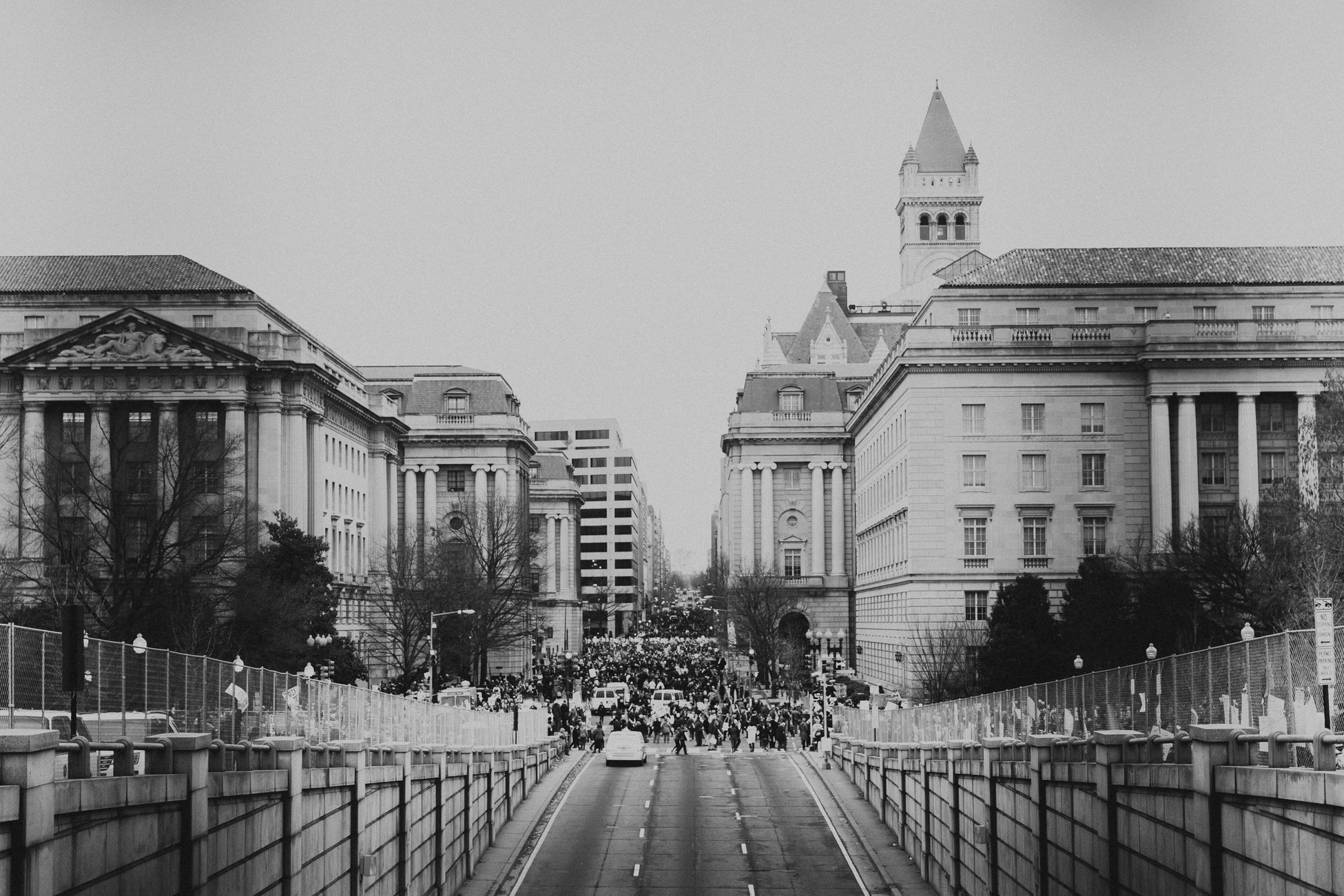 Toussaint called to me through the winds of the nightmare / “Weeping, my child, is for the weak,” he says just as my tears fall onto the streets.

Writers in Baltimore Schools, the creative writing organization I run for Baltimore youth, has developed a protocol for mobilizing safe spaces for writing after trauma. We did it after the Ferguson verdict, we did it after Freddie Gray’s death in police custody caused unrest throughout the city. We were unfortunately ready when Donald Trump was elected the 45th President of the United States. On Thursday, fifteen of us gathered to write in protest.

“Unfortunately” does double duty there: I speak to both the outcome of the presidential election and the fact that WBS has learned how to assemble so quickly in the wake of trauma.

For as long as I can see / I’ve always known, you’ve / never been faithful to me.

—Jamesha Caldwell from “Interventions with America”

Here in Baltimore, organizing quickly is an imperative. Three days after the election, some of our students staged a sit-in turned walk-out at Baltimore City College High School. The group, City Bloc, was prepared to organize quickly: they’ve done so to fight for school funding, to fight for Freddie Gray, to fight against standardized testing. Baltimore students organize to live.

the way our laughs boomed through the paddy wagon / shielding the obvious anxiety that had / manifested our thoughts and / our bodies / restricted. / the only thing free was our minds / allowing us to roam and escape while / our hands were tied with zip ties

We rallied quickly and gathered in a classroom at Johns Hopkins University. We read Chen Chen’s “Set the Garden on Fire” and Lucille Clifton’s “won’t you celebrate with me.” We didn’t make it to Langston Hughes’s “Let America Be America Again” or Maggie Smith’s “Good Bones,” but they were there for us, in packets compiled by Dora Malech, poet and JHU professor. Also waiting was Martín Espada’s “Litany at the Tomb of Frederick Douglass,” a WBS favorite, added to our syllabus by poet William Camponovo. I’ve taught “Litany” many times: times my students needed it and times I’ve needed to be uplifted as a teacher.

This is a world spinning away from the gravity of centuries, / where the grave of a fugitive slave has become an altar. / This is the tomb of a man born as chattel, who taught himself to read in secret, / scraping the letters in his name with chalk on wood; now on the anvil-flat stone / a campaign button fills the O in Douglass. The button says: Obama.

The “we” of our Write-In was a body united by writing: high school, college, and MFA students. Johns Hopkins professors and local poets. The prompts spun from Chen and Clifton’s poems focused on resistance, celebration, and calls to action.

we must have been singing for hours / not because we enjoyed it / because / what else were we to do but / sit in the silence of our thoughts and fears / I did not want to sit with my fears. / So I picked joy instead.

A week ago, our words might have been grief-stricken. But at the Write-In, we chose resistance and celebration. We choose to paper the world with our calls to action.