Home
»
Reading
»
Be Afraid, Be Very Afraid: Fear as Motivator in Fiction 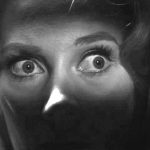 When I was in graduate school, I was part of a writers group that consisted of a few other MFA candidates. We met at a local bar, enjoyed draft beer and happy hour appetizers, and shared our latest drafts. At the time, my stories routinely featured dead babies. Fellow fiction writer Kirstin Chen noted this and mentioned that her stories often dealt with troubled relationships. “Apparently I’m afraid of marriage and you’re afraid of motherhood,” she joked.

Chen and I weren’t writing memoirs, but this exchange has stayed with me as a writer. So often, we’re told as writers and readers to investigate what a character wants. What desires motivate them? What do they love most and want to fight for? These are all valid questions and worth asking of every character. But what about the question on the other side of that coin? What if instead of asking what characters are running toward, we ask what they’re running from? What deep fears motivate our characters? Perhaps this focus on fear and character is even more helpful when looking at the power of the quiet novel, which is more likely to focus on intense, everyday anxieties. A character may not be able to describe what love they wish to move toward, but they are aware of a deep-seeded unease that pushes them away from the status quo.

In her TED Talk, author Karen Walker Thompson talks about the connection between fear and storytelling, and how her childhood fear of earthquakes inspired her debut novel The Age of Miracles. While she was formulating a world in which the Earth gradually stopped spinning, she touched on those old fears: “If an earthquake strikes tonight, I used to worry, what will happen to our house? What will happen to my family? And the answer to those questions always took the form of a story.” Although The Age of Miracles could easily have become a dystopian novel filled with mass destruction and chaos, main character Julia and her family quietly try to adapt to this new world of lengthening days and nights. While fears of the end of humanity are present in the novel, as a reader I’m more concerned with Julia’s anxieties over the dissolution of her family, the unraveling of her friendships, and the eventual disappearance of her pseudo-boyfriend. Julia reaches out to those around her for love, but her attempts at connection are based on an overall uncertainty and discomfort as the world literally ends around her.

It doesn’t even take the end of humanity for a character to be motivated by fear. Carol Rifka Brunt’s Tell the Wolves I’m Home certainly deals with love and desire as motivators for protagonist June, but fear pervades every relationship in the novel. With AIDS as a central issue in the book, June and the other characters have to navigate the fear of loss and grief as they try to connect with each other or push each other further away. June and her uncle Finn’s boyfriend, Toby, are drawn together after Finn’s death. When she ultimately admits to Toby that Finn was her first real love, there’s an enormous sense of relief. June has been holding onto this confession for most of her life, confused by the enormity of her feelings and scared of what they mean for her. As a reader, I’m captivated by the intense fear of loving someone who may have other, more important relationships in their life and who will ultimately leave you. Perhaps it’s not so surprising that Brunt referred to the titular wolves as “all the shameful and embarrassing thoughts and feelings that haunt us.” Even though a reader could easily talk about what June wants as a character, I find it more satisfying to look at what unsettles her and what she tries to run away from during the course of the novel.

As a reader, characters’ fears help me empathize with them and understand their actions. As a writer, these fears help me better understand the complete emotional landscape of a story. Even if I don’t entirely understand what a character wants or loves early on in a story, it’s easier to latch onto what he’s afraid of or what unsettles her. It’s one thing to say, “My character wants X,” but why is X so important? What fear is hiding underneath that desire? Why does it matter if the character gets X or not, unless there’s some awful truth hiding beneath the failure to achieve that desire? Fears not only add meaning to desire, but they also add urgency.

Fear is a powerful motivator, perhaps an even more immediate one than love or desire, and one we can’t ignore even in the most realistic, everyday stories. Desires can seem distant, but fears are what keep us awake at night. Whether it’s love or parenthood or the apocalypse, our fears guide our choices and make us who we are. And they make for some pretty powerful stories.