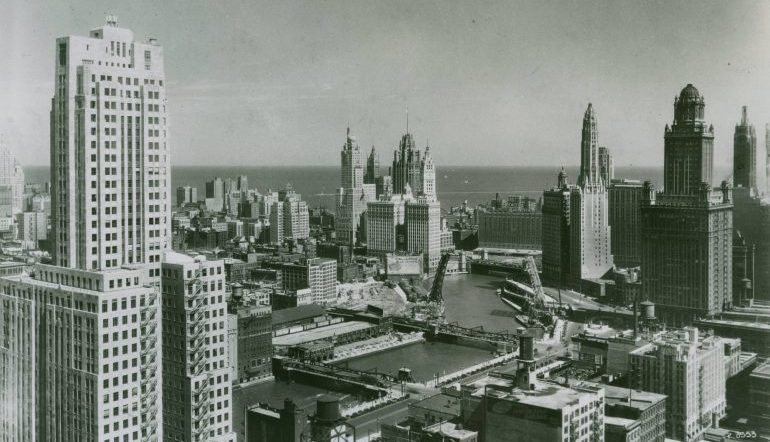 The bildungsroman—often translated as “the coming-of-age novel”—is a capacious genre. Bildungsromans often follow protagonists over a long swath of time, charting their relationship to social norms as they develop a sense of self. Traditionally, these coming-of-age stories—an oft-cited canonical example is Charles Dickens’ Great Expectations—involve some sort of loss experienced during the main character’s formative years, as well as a journey far from home. Since the nineteenth century, authors have riffed on the form—which is inherently wandering and picaresque—using it to tell the stories of characters from various backgrounds. Saul Bellow’s The Adventures of Augie March is a sprawling epic that follows its title character from Chicago to Mexico and back, telling a story of midcentury America as much as it does its titular protagonist. Philip Roth’s The Ghost Writer is a brief, fragmented novel about the making of a writer in the aftermath of historical trauma. Recent novels like Elif Batuman’s The Idiot or Ottessa Moshfegh’s My Year of Rest and Relaxation focus on their twenty-something protagonists’ evolution, even as the bildungsroman classification might seem secondary.

But how to begin a bildungsroman? The opening paragraph of any novel is important, but the first lines of coming-of-age stories carry a particular weight. In a novel that will follow the development of its narrator-protagonist, the reader must encounter a voice they like—or at least a voice that draws them in—early on. But the beginnings of an immersive bildungsroman also show the reader a world beyond the narrator, even if the protagonist is young and self-involved. A tantalizing bildungsroman beginning convinces the reader not only that the protagonist is worth listening to, or that the world of the novel is worth observing, but also that there is an interesting friction between the narrator and her surroundings.

Roth’s The Ghost Writer falls into a subcategory of the bildungsroman: the Künstlerroman, or a novel of an artist’s development. The present-day action of the story is simple: the narrator, a Roth proxy named Zuckerman, goes to visit his literary idol in the mountains. The book begins: “It was the last daylight hour of a December afternoon more than twenty years ago—I was twenty-three, writing and publishing my first short stories, and like many a Bildungsroman hero before me, already contemplating my own massive Bildungsroman—when I arrived at his hideaway to meet the great man.” There’s a wistfulness here—the fading light, the immediate announcement that the story is being told in retrospect. Roth literally invokes the bildungsroman genre. But he also signals to the reader the particularities of Zuckerman’s take on the genre: time will bend, and the act of writing itself will be interrogated. The opening lines also introduce one of the key external elements that will shape Zuckerman: the “great man,” an author he admires.

If Roth introduces an individual that will be key to his protagonist’s development, the opening of The Adventures of Augie March introduces the key social structure with which Augie will form his sense of self. In the novel, which is over five-hundred pages long, Augie interacts with a wide range of people. What is formative to him is better characterized not by a single individual but by the city he comes from. And indeed, Chicago makes its appearance in the book’s first lines: “I am an American, Chicago born—Chicago, that somber city—and go at things as I have taught myself, free-style, and will make the record in my own way: first to knock, first admitted; sometimes an innocent knock, sometimes a not so innocent.” This opening does all the usual work of the first few lines of a bildungsroman, but it also writes Bellow’s Augie into American literature. Augie, as a working-class Jewish child kid without a father, wasn’t the typical literary hero in 1953.

Over a half-century later, the genre continues to expand. Contemporary novels chart courses of development that don’t include some of the genre’s nineteenth and twentieth century elements. Elif Batuman’s 2017 novel, The Idiot, follows a Harvard freshman as she explores her relationship to language, self, and other people. Its opening introduces the narrator’s voice and situates her in a particular era. But what it captures best is a particular feeling of disorientation: one that the narrator will continue to feel in various forms over the course of the novel: “I didn’t know what email was until I got to college. I had heard of email, and knew that in some sense I would ‘have’ it. ‘You’ll be so fancy,’ said my mother’s sister, who had married a computer scientist, ‘sending your e, mails.’ She emphasized the ‘e’ and paused before ‘mail.’”

Roth and Bellow’s young male protagonists are interested in writing themselves into a long tradition of coming-of-age and claiming their place in the adult world. By contrast, Batuman’s narrator doesn’t announce any intentions to write herself into the genre. Instead, what’s striking about the protagonist is the precision of her narration, the acuity of her ear for language. The bildungsroman heroine, as opposed to a bildungsroman hero, has fewer models. Her roadmap for bumbling towards maturity is even less clear than that of her canonical male counterparts. Batuman’s narrator doesn’t reference her key influences in the book’s first paragraph: instead the reader hears the character’s sharp, dry voice and begins to understand how it shapes her encounters.

A distinctive narrator also opens Ottessa Moshfegh’s My Year of Rest and Relaxation. The novel is perhaps only secondarily classifiable as a bildungsroman, but it has many of the genre’s elements: a young, directionless woman who, having lost both of her parents, sets out to shape a life. Of course, her “journey” is an inversion of the typical bildungsroman journey: Moshfegh’s narrator decides to ensconce herself in her apartment in a drug-induced sleep rather than wander around seeking her fortune. As in the beginning of The Idiot, the reader meets Moshfegh’s narrator as she talks, with immediacy, about the particularities of her everyday world:

Whenever I woke up, night or day, I’d shuffle through the bright marble foyer of my building and go up the block and around the corner where there was a bodega that never closed. I’d get two large coffees with cream and six sugars each, chug the first one in the elevator on the way back up to my apartment, then sip the second one slowly while I watched movies and ate animal crackers and took trazodone and Ambien and Nembutal until I fell asleep again.

Like Batuman, Moshfegh opens with the narrator’s disorientation. Perhaps this is one of the qualities of the twenty-first century bildungsroman: lines of influence and maturation are less clear, and so a convincing and magnetic protagonist is one who is in some way at sea.

The heroine of a bildungsroman is less willing to trust sweeping narratives about growing up and so instead grounds the journey of her development in the particularities of the shifting world around her. Because ultimately, the bildungsroman is about the state of the country, or the state of the world, as much as the person who’s growing up in it. As our lives become increasingly mediated by technology, as the definition of adulthood blurs and shifts, it makes sense that the coming-of-age novel is continuing to shift in form. As Moshfegh and Batuman demonstrate, it’s a genre that can unfold in a bedroom or across continents. What remains constant is the comfort in the bildungsroman: that despite the protagonist’s disorientation, small humiliations, and uncertainties, friction between self and society is recognizable. Bildungsromans have always been about negotiating social expectations and individual desires: a dilemma that resonates even after we’ve supposedly “come of age.”

This piece was originally published on June 3, 2019.