Home
»
Uncategorized
»
Being Published, and Then… 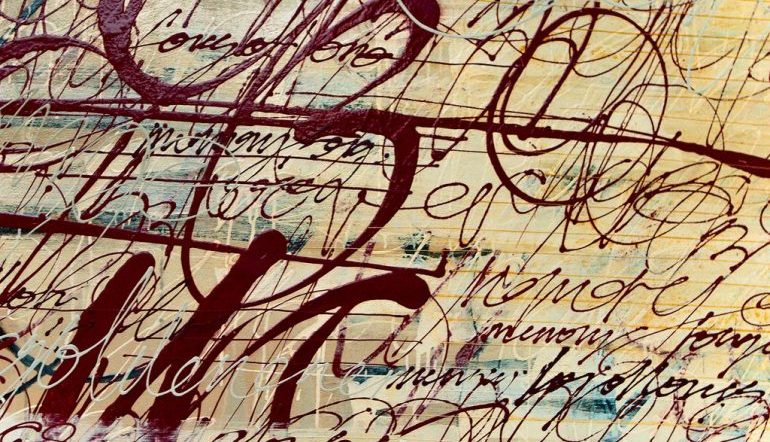 We’re all familiar with Anna Karenina’s famous opening: “All happy families are alike; each unhappy family is unhappy in its own way.”
It applies to authorship, too. All unpublished writers are alike–wanting to be published; each published writer is unhappy in his or her own way.
Before I was published I envied published writers as if “being published” were a decorative medal indicating elite status (in some way it’s true, I guess). I had many questions for them, though I had no chance to ask: Which literary magazines do you submit to? How long does it take to hear back? What are the odds of acceptance? How did you find your agent and how do you work with him or her? How do you like your editor? What advance did you get for your first book?
Since I met few real writers then, I turned to Writers’ Market. The book helped but not until I had accumulated a list of publications myself did I begin to understand why each published writer is uniquely unhappy.
Writers have many concerns. You need an agent, in an era in which few publishers accept direct submissions. Finding an honest, understanding, capable, experienced, devoted, and supportive agent is as hard as finding a spouse. Assuming that you now have a perfect agent who has sold your first book to a major publisher for a good price (lucky you, but “a good price” rarely means that you can live on it for two years), the next step is to work with your editor to polish the manuscript. The editor has strong opinions about the book but your opinions are stronger–after all, you’ve spent probably thousands of hours on the book and it’s like your own baby. So after months (hopefully not years) of debate, discussion, negociation and sleepless nights, the book is finalized, proofed by a copy editor and ready to print.

As a writer, you’ve done your job, but in reality the job is far from done. How about the book covers and blurbs? Also, your editor will likely send you a standard long questionnaire, which includes questions such as “Are there groups to which your book would have particular appeal?” and “Which organizations or insititutions might be interested in either selling or publicising your book?” To non-fiction writers, these questions may be easy to answer; to fiction writers, especially literary fiction writers, they’re beyond puzzling–meanwhile it seems arrogant, or even wrong, to say simply that your potential readership is “everyone who loves a good book.”

Finally, the book hits the bookstores. You pray for good reviews, but you should feel happy if your book is reviewed at all. Print media have been cutting down on book reviews, some cancelling them entirely. Readings and events? Your beloved independent bookstores are shutting down one by one due to competition from the chain bookstories and on-line rivals. What about the promised advertisements and 10-city tour from your publisher when you signed the contract? Sorry, they’re no longer appliable. And you can hardly count on your publicist, who is busy with more stellar clients and who lives in New York City, far from Billings, Montana, where you live, whose 100k population isn’t too small a group in your definition.
So despite all your efforts to promote the book yourself (most likely marketing is not your strength), your book doesn’t sell. When you deliver your second book, years later if you are determined and passionate enough, your publisher rejects it. They tell your agent, “It’s not what we expected.” What did they expect? They don’t say. But you know that their rejection has much to do with your first book’s poor sales numbers.
Over the years, especially after I was published, I’ve heard many stories simiar to the above. Here is another story from a friend of mine, John Joss, a published author of both fiction and non-fiction, and it concerns editing. It deserves telling because at some point in our lives–our writers’ lives–we all have a good chance of encountering it ourselves.
Years ago, John sold a non-fiction book through an agent, to a major New York publisher and got a decent advance. His editor called and said, “Love the book. But it starts on page 120.” In four months John reconstructed and returned the book, using the earlier material as back story. Four months later a new editor called (the first editor? Gone): “Love the book. But, see, it starts on [new] page 120.”
After another four months’ work, John sent in the result of further intensive editing. Five months later he received a call from a third editor (the second? Also gone). “Love the book. But it should start on page xxx” (where he had initially started). John, once again, followed the instructions, thinking it would be his last effort. Then the publisher was acquired by another major publisher, and the newly-formed company abandoned all work in progress except that from established “name” writers and celebrities. To add salt to the wound, John’s agent then dropped him.
You may say that John just got unlucky. Perhaps he shouldn’t have listened to those capricious and arbitrary editors, whose careers were following publishing’s revolving-door trend. But to me, the story is a good example of the unpredicability of a writer’s life.
I once asked John what he did after his agent dropped him.
“Kept writing,” he said calmly. He is in his seventies and he’s still writing.
Keep writing and wish yourself good luck.
This is Fan’s second post for Get Behind the Plough.
Image.